'What we could have done to save our start up from failure': entrepreneur bares all 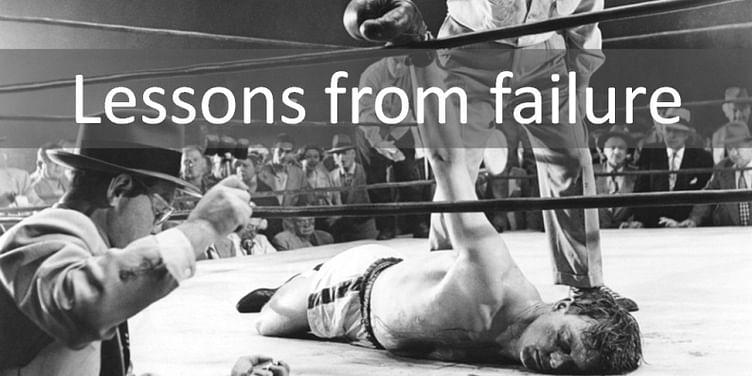 Back in 2005, four colleagues from Infosys and I quit our jobs to start Gridstone Research. We were all living in the US at the time (most of us in the Silicon Valley) and the start-up bug infected us easily. We wanted to create a Software as a Service platform that would help Wall Street analysts in their analysis of public companies.

Within hours of announcing our departure, we had many investors (including some potential customers) wanting to fund us. We raised a “Friends, Family and potential Customers round” to start off (including our own money), and five months later, raised Series A. Series B followed three years later, with a venture debt round in between. Our investors were top-tier VCs and a Hedge fund that would be a customer for our platform. Given the times, the pedigree of our team, and the results we showed with our angel round, valuations were rich. A year from founding, we had hundred-plus employees, offices in Silicon Valley, New York and Mumbai. At the peak, we had around 240 employees and contractors.

Almost five years later, in April 2010, we were forced to sell the assets of the company piecemeal, to many different entities, in an effort to extract something of value from the previous five years of effort. We returned a little money to investors, but everyone lost on the deal, including the founders.

So what happened? How did a top-notch team with solid, supportive, investors and a big market opportunity fail so spectacularly? I hope to pen some lessons that I learned from that experience, in an effort to help other entrepreneurs avoid some of those mistakes.

In a casual conversation my co-founders and I will say that the major reason was the tsunami that swept the world financial markets, over which we had little control. In September 2008, just as we had our product in good shape and had created enough content to make it useful, Lehman Brothers went bust. They were our biggest customer at the time. Almost overnight, our sales pipeline evaporated, and nobody on Wall Street wanted to spend on a new platform. Analyst productivity and efficiency (our major value proposition) was of no use to anyone – analysts were ready to work 17-hour days for peanuts. Research Directors were more interested in ensuring their own jobs were intact, rather than exploring new data platforms.

While there’s a lot of truth to that analysis, we’ve always asked ourselves whether there are things that we could have done differently. I do believe there are. Of course, we have no way of judging whether they would have worked, but here goes.

We had somewhat anticipated the coming storm. Three months before Lehman went bust, we had laid off all our US staff and half our India staff, reducing our burn rate. Founders had taken a salary cut. We tightened our belts for the ride that we knew was coming. We tried to explore other customer segments and revenue from licensing the technology.

Unfortunately none of these came to fruition in time to save the company. So the first thing we could have done differently, was explore other revenue streams (analytical services, other customer segments, technology licensing, etc.) while we had money in the bank and runway ahead. We were too focused on making our primary product a success, and thought these activities would be a distraction. With the benefit of hindsight, that might not have been the right approach. I now counsel startups to try to find alternate (but complementary) revenue streams and, thereby, shorten the pathway to break-even, as long as they’re not a huge drain on resources and bandwidth.

As I mentioned earlier, we raised a substantial amount of funding at relatively rich valuations. This may have made us a little profligate with our expenses, and we may have built up a higher cost base than was absolutely necessary. When you can afford a nice office in Mindspace, and can hire an architect to do up the interiors to look really nice, you justify this as being necessary to attract good employees. Was it really necessary? Could we have managed with more modest digs, and extended our runway? Perhaps. One has no way of knowing. But I now advise startups to be cautious about building up a cost-base till they’ve demonstrated solid revenue traction and stickiness, so that they’re using precious equity capital in the most prudent way possible.

By September 2008 (when Lehman went bust), we had built up a reasonable customer base. Analysts at major firms on Wall Street had purchased annual subscriptions at $10,000 each. Our client list included some of the investment industry’s most respected names. However, when we looked at usage, they were rarely logging into the system. At best they’d spend a few minutes. Our Excel plug-in (which allowed them to pull data directly into their models) was also sparingly used. I don’t think we took this seriously enough. We assumed that with the passage of time, Gridstone would become a habit, just like Bloomberg had (despite a very difficult-to-use interface). We didn’t realize that we were a nice to have, and that a $10,000 subscription was a rounding error for Wall Street firms. With the benefit of 20/20 hindsight, I think we should have done more to ensure that we became a must-have to our clients. I, therefore, now advise start-ups to focus on burning, must-have needs of customers, and not nice-to-have features.

I’ve penned some key lessons from my entrepreneurial experience here. Obviously there are many more; too many to go into in this post. The one silver lining through it all was the support and camaraderie that I enjoyed from my co-founders, all our employees and our investors. In addition to the founding team, the work done by many of my colleagues is what makes me look back on those days very fondly. Even through those days of stress, we maintained a cordial and respectful work atmosphere, and many of them remain friends to this day. I retain fond affection for our institutional and angel investors, and they still remain friends and give me help and advice. For me, that’s the greatest return for the investment of time and money I made on Gridston.

About the author: PR Ganapathy is President (India) at Villgro, and has operational and strategic responsibility for all major programmes that make Villgro's vision a reality.