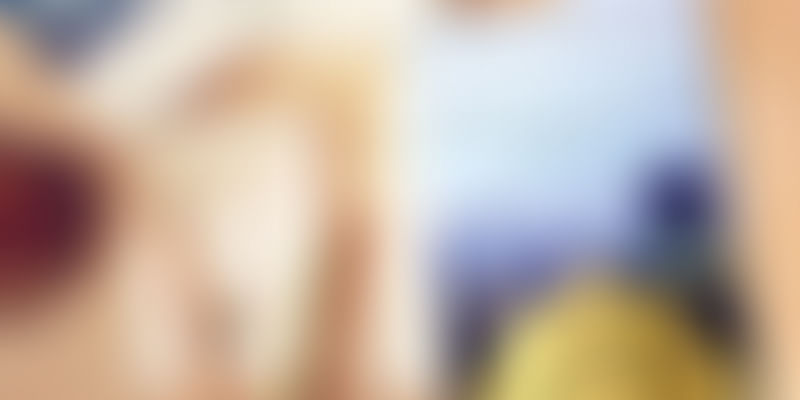 There is a wave of entrepreneurship sweeping across India that is not adequately captured in mainstream or international press, argues ‘Fortune India’ Editor-at-large Hindol Sengupta, in his new book, ‘Recasting India: How Entrepreneurship is Revolutionising the World's Largest Democracy.’

“India is being recast, remolded and redefined,” says Hindol. There are two kinds of democratic activities – measured (as with periodic elections) and experienced (as in day-to-day business and political life). Entrepreneurs in India today are thinking, building, creating, sharing, protesting and pushing against the old corrupt and lethargic political order.

More than 20 years have passed since India opened up its economy after the Cold War, but there are still staggering gaps in education, health, infrastructure, governance and livelihood. India is still a country of contrasts, with the most expensive home in the world (the billion-dollar residence of Mukesh Ambani) not far from one of the world’s largest slums, Dharavi. India launched a Mars space mission but has fewer toilets than mobiles.

But the new ‘makeover’ of India via entrepreneurship is challenging the political order and even the caste system. In the words of a village teacher Hindol met, an entrepreneur is “anyone who makes his life and the place, the world around him, better.”

India is “revolting and retailing” at the same time, via insurgencies as well as the e-commerce boom. Hindol also uses new terms such as per capita hope, per capita joke, and respect deficit to describe the opportunities and gaps ahead.

To be fair, some government schemes also have tremendous potential, such as Nirmal Bharat Abhiyan (construction of toilets), National Rural Employment Guarantee Act (NREGA) and Sarva Siksha Abhiyan (free primary schooling). The importance of inclusive development with citizens at the bottom of the pyramid (BoP) has also been highlighted by business guru C.K. Prahalad (see my book review).

“It is the rise of the common entrepreneur that keeps the idea of India afloat,” says Hindol. “India is fast becoming a nation of creators as well as consumers. Indeed, it’s in this mushrooming of latent creativity that India’s redemption likely lies,” he claims.

His 249-page book profiles entrepreneurs and progressive government leaders in a range of states and communities in India; here are some of my takeaways and tips. (See also my reviews of the entrepreneurship books by Rashmi Bansal, and ‘Young Turks’ by Shereen Bhan and Syna Dehnugara.)

The Kashmir valley is getting used to a new kind of agent of calm – the entrepreneur, explains Hindol. The Jammu and Kashmir Entrepreneurship Development Institute (JKEDI) has produced more than 1,700 entrepreneurs in the last two years, with messages and roadmaps of economic empowerment.

Kashmir is a major fruit production hub, and new players have entered this space – such as Harsha Naturals, founded in 2008 by Khurram Mir, a Purdue University graduate. “There is a highway of enterprise that is open,” says Mir, who wants to promote more entrepreneurship and even urges his employees to leave after two years and launch their own companies.

Throughout decades of state turmoil, J&K Bank has been at the forefront of keeping the enterprise spirit alive, and is a success story thanks to the deep community roots of its managers and employees. It has supported large companies like Saifco, SA Rawther Spices and India Builders, as well as hundreds of thousands of apple farmers and artisans.

Entrepreneurship cannot wait till all the guns have fallen silent, according to chief minister Omar Abdullah. “Enterprise-driven peace is a welcome new development,” observes Hindol.

Ramamurthy Thyagarajan, founder of the Shriram Group, is dubbed a ‘socialist moneylender.’ Shriram Transport has been one of the best-performing companies in Indian private equity in the past 15 years, thanks to its spirit of innovation and service to its members. Its BoP approach has focused on the poorest drivers (finance for used trucks) and the rural poor (chit funds).

Thyagarajan leads by example and has a frugal lifestyle. The company stays away from corruption and avoids ‘get rich quick’ scams, and has also created a pervasive culture of ownership and trust. The company offers not just loans or insurance but a wide range of financial services to the entire family, based on comprehensive data collection and analytics. After all, customers need not just money but overall financial security.

Arunachalam Muruganatham is perhaps India’s “most radical entrepreneur.” Though a Class 9 dropout, he developed a combination of business acumen and social sensitivity, going on to research and design low-cost but effective sanitary napkins. He was dismissed even by his own family for being a mad pervert by the way he asked women about their menstruation and then tested materials by wearing them himself and soaking the pads with goat’s blood. He pitched the machine to IIT Madras and eventually won an award from the president of India; he has spoken at Harvard and TED as well. The pads are being sold now in places like Delhi under the brand name Sakhee for Rs 20 per pad.

One chapter focuses on Muslim entrepreneurs in Gujarat, such as Zafar Sareshwala of Parsoli Motors, Nadeem Jafri of Hearty Mart, Ali Hussain Momin of Spider Communications, and Kareem Lakhani, who started a CA firm. Many of them still want justice for what happened during the riots, but are moving on to build a better future through entrepreneurship.

“For entrepreneurs, economics has been the most critical bridge between Narendra Modi and Muslims,” claims Hindol. Now that Modi is prime minister, India awaits delivery on his promises.

Gauri Singh, a graduate of the London School of Economics, started The Maids Company to provide home services to the bustling boomtown of Gurgaon. It employs some of the poorest women, gives them training and loans, and works out employment deals via formal contracts.

“We provide a service. We don’t provide labour,” says Singh, explaining how the maids are not treated as servants and are entitled to a day off. Employers can get replacements when maids fall ill. The company also gives Employee of the Month awards.

Project Azmat (‘dignity’ in Urdu) provides training in making and selling detergent powder; the target community is women from Nekpur village in Ghaziabad, who had been working as manual scavengers. The project is developed by Safai Karmachari Andolan and Shri Ram College, and brings viable alternatives to those who were locked into a task of picking human faeces with their bare hands.

Hiware Bazaar stands out in rural India as a model village thanks to its transformation via solar lighting, drip irrigation, rainwater harvesting, controlled grazing, community volunteer programme, functioning roads and clean facilities. The transformation was spearheaded from 1990 onwards by Popatrao Pawar, whose father was a wrestler. A sense of equity was created in the village, and Pawar now heads the Model Village Programme to replicate this model elsewhere in India.

Kalpana Saroj, born in a Dalit community in drought-prone Vidarbha district, faced abuse and torture as a young wife and even tried to kill herself. She then moved to Mumbai, started with a stitching job, took a loan to start a furniture shop, and then launched Kohinoor commercial complex. In 2006, she bought out Kamani Tubes, and was later awarded the Padma Shri in 2013.

According to Chandra Bhan Prasad, who writes about Dalit issues, urban migration and upward economic mobility of Dalits have led many of them to move away from traditional jobs like ploughing with animals, thus leading to a push for machine ploughing. “Pizza delivery has no caste,” says Prasad. “Dalit entrepreneurship is one of the biggest weapons against caste in India,” explains Hindol.

The Madhya Pradesh government transformed the state by improving agricultural loans programmes such as Kisan Credit Cards. Chief Minister Shivarj Singh Chouhan himself was a farmer, and has improved power supply and warehousing for farmers.

Farmer suicide rates are falling, and the government also launched a helpline for women called Janani Express. “Agriculture can be reinvented. There can be a business model in agriculture too,” says Chouhan, who sees farmers as “business units and social entrepreneurs.”

Shubhranshu Choudhary founded CGNet Swara as a mobile-based community news and information bulletin, serving the Gond tribals of Madhya Pradesh, Chhatisgarh and Jharkhand. The “oral newspaper” is an independent grassroots media bridge, and led him to win the Google Digital Activism Award of 2014.

Other enterprises covered in the book are Balaji Wafers (low cost wafers in western India, purchased by consumer segments like construction workers). The book also profiles social reformers like Dwarkanath Tagore, who campaigned against the practice of sati in the 1800s; other reforms of the time were for abolition of infanticide, and legalisation of Hindu widow remarriage. The book ends with discussion on the economic views of Mahatma Gandhi and Babasaheb Ambedkar.

Moving ahead, Hindol says Indian entrepreneurs will have to focus on quality for long-term success. While jugaad-style improvisation is popular, it should not be an excuse for incompetence, inefficiency or an inability to rise to world-class standards.

“Many aam entrepreneurs are targeting some of the most protracted problems of the Indian nation-state,” Hindol concludes. “Of course, entrepreneurship is not a magic wand – it will not solve everything, nor will it solve things instantaneously,” he cautions.

But it is high time entrepreneurship and business are not projected as problems, but seen and re-discovered as a solution to India’s economic and social problems.

The author of the book, Hindol Sengupta is Editor-at-Large at 'Fortune India,' the Indian edition of 'Fortune' magazine and the founder of Whypoll Trust, an open-government non-profit. He was earlier with Bloomberg TV, CNBC and CNN, and is author of ‘The Liberals.’