Is this the perfect time for Indian startups in the wearable space? 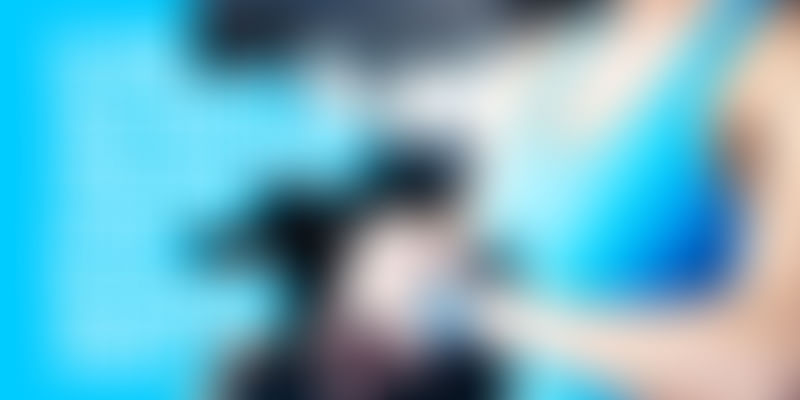 When YourStory wrote about Abhinav, CEO and Founder of Cardea Labs, a Bengaluru-based startup that builds ECG monitoring wearables, in 2013, things were very different (Read the Cardea story here).

“We knew we were building a beautiful product, but we were like ‘Who’s going to pay for it?’ But now, times have changed so much with crowdfunding platforms kicking in, startups like us can have customers even before the product is fully ready,” said Abhinav.

Unlike three years ago, when Abhinav was looking around desperately to find investors for his startups, now even the Government of India has embraced his idea and is financing him for it.

What’s happening in the sector?

Technology is getting compressed everyday. The macro trend started with huge computing machines, became smaller to fit a desk, shrunk further to sit on a lap, and now they fit in our palms and are sometimes even small enough to almost disappear when latched on to our clothes or body parts. The next step will be implants!

While startups across the world try to grab a slice of the pie of this fragmented sector, Indian startups have just recently woken up to this wave. We’ve seen navigation shoes (LeChal story here), solar backpacks (Lumos story here), GPS tracker keys (Gecko story here), and many more, but there are still dozens of startups launching their devices every month.

Meanwhile, something to note is that most of the activity happening in this sector takes place in the health and fitness division.

A report published by Juniper Research in November 2014 states that global fitness wearables in-use will almost triple by 2018, compared to an estimated 19 million in-use devices this year.

Some startups even prefer to identify themselves as healthcare enhancers as opposed to wearables services providers.

What is the driving this boom?

Where are the wearables in India?

There are arrays of verticals in which wearable devices have made their debuts in the Indian startup ecosystem. Here are a few that are coming up soon.

Sportswave – A Delhi-based sports and fitness startup is planning to launch a Fitbit kind of wearable device to monitor lifestyle and activities.

Launch: Launched and closed a crowdfunding campaign on the Kickstarter platform.

Leaf Wearables – A Delhi-based startup run by four IITians that has built a safety pendant for women in distress situations.

Drona – A Chennai-based startup that has built a smart helmet using HUD (head-up display) technology. These helmets have multiple sensors for accidents and crashes, and also navigation systems.

NexGear – A Mumbai-based startup, which will help take and present photographs and videos on vacations and share them across platforms.

FinRobotics – A US-based Indian startup that builds a finger ring-like product that can control any smart device.

Launch: Already launched and closed a campaign on Indiegogo, the crowdfunding platform.

SenseGiz: A Belgaum-based startup that does tagging and tracking of items. It is similar to Gecko, another Indian startup in this space.

Launch: It is already available for preorder online.

What are the challenges?

How does the funding scene look?

Though the general consensus is that there is a dearth of funding for hardware in India, good news is that many investors have a futuristic approach to be willing to invest in some of the unique ideas.

“I think the wearable sector is bound to boom, and we are likely to see more and more interesting devices coming up in the future. As an investor, I know that these startups are a good investment also because large companies like Google and Facebook are constantly looking for unique players. And any exit from these biggies means a great ROI for investors,” said Ritesh Malik, angel investor in FinRobotics, Cardea Labs.

Ritesh, who runs an investment fund called Project Guerrilla, has invested over US$2.5 million in 20 startups in India, out of which three were in the wearables space. He said he expected a lot of money to flow through this segment in coming years.

A glimpse into the future

Once the wave of hardware devices subsides, and the market is flooded with more than necessary options to choose from, the next boom will happen – integrations and big data analytics using wearable devices.

“There will be many services built on the device, and integrations with other businesses and services will create infinite opportunities for the next wave of startups. And not to forget all the data that can be mined from these devices and services,” said Vishal of GOQii.

Another sub-segment that will boom is the health biosensors segment.

“As time progresses, there will be so many sensors on the body, each tracking one problem, and the body surface will become a Body Area Network (BAN) for multiple sensors,” said Abhinav of Cardea Labs.

And then the mother of all wearable sensors will emerge, where one sensor will talk to each of the other sensors for data collection for bio analyses and processing.