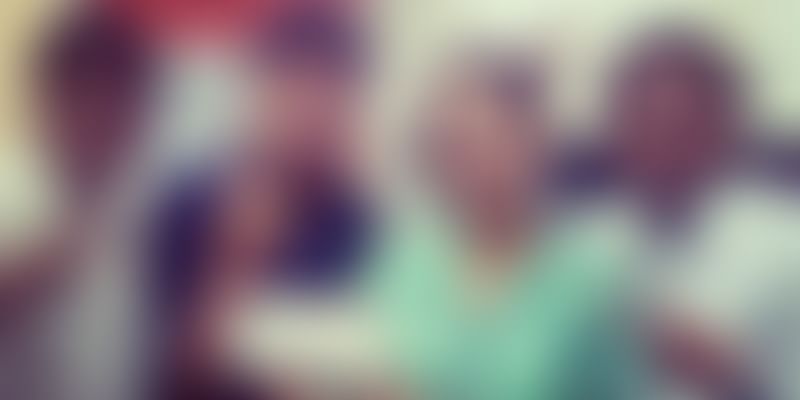 A year ago, five friends met together in their hometown Kolkata to discuss how to start up a venture in Renewable Energy. “All of us wanted to start up and be our own boss. All had dreams of doing something different, unique, be rich and also contribute to the building of the nation,” says Abhishek Pratap Singh, Co-founder, Invictus Saur Urja. After a few chats, they all found out a common interest for renewable energies. The idea of working with solar was so appealing that they all soon quit their jobs to start Invictus Saur Urja, which now provides solar energy solutions in Kolkata.

Abhishek shares that the state they decided to begin their operations in is pretty unripe in terms of environmental awareness. “West Bengal is quite slow in adapting renewable energies,” he says. In fact, although the state government has recently implemented policies to encourage installations of rooftop solar panels in Kolkata, Salt Lake & New Town, it has not met the RPO (Renewables Purchase Obligation), which according to the Ministry of New and Renewable Energy “has been the major driving force in India to promote the renewable energy sector.”

The team at Invictus now has 22 people – including two members with over 40 years of experience in the renewable sector – and has committed to increase the standard of green energy in their state. Their solutions include consultancy and installations of rooftop panels. “We work with SMEs and big corporate institutions because it has recently become mandatory for them to switch to renewable energy.”

He adds that, “Thousands of industrial and commercial consumers are dependent on diesel captive plants to fulfill their power requirements. Diesel prices are ever increasing and the government is contemplating to deregulate them; so, the costs of operating captive power plants will be prohibitive. Also, it goes without saying that the long term impact of diesel pollution on the environment is unsustainable.”

Invictus’ BOOT Model offers ‘Solar Power as a Service’ to Indian Industries and Commercial Establishments. “ BOOT stands for ‘build, own, operate and transfer’. We not only build the plant, we own it and manage its successful installation and commissioning. Customers pay only for the power they consume.”

Despite government policies and increasing awareness on renewables, Abhishek says that so far the ‘Indian mindset’ has been quite a challenge to the implementation of their idea. “Solar Energy is a high capital investment that makes customers think twice about it. They compare Solar Energy Investment with gold, market shares or real estate and cannot visualize the return,” he says.

Primarily for this reason, Invictus is creating a Solar Energy Knowledge Drive across the Kolkata, Salt Lake, New Town & Rajharhat. “We’ll be using Social Media and pamphlets to spread awareness about the solar energy. We want to deliver the message that the benefits are both tangible (electricity bill) and intangible (carbon footprint).”

Challenges notwithstanding, things are now slowly moving and Invictus is planning to tie up with institutions, hospitals, IT companies, and big residential apartments. “We’ll use Net Metering, which is a billing mechanism that gives credit to solar energy system owners for the electricity they add to the grid. Solar panels might generate more energy than what the consumer needs. The savings will be transferred to us and we pay a rental for using their roof.”

Abhishek concludes that the next big challenges are scaling up and investment. “We are looking for a VC funding in the near future as we see a big scope across the nation for our projects and model. We want to explore Bangalore and Delhi and we need funding for expansion and R&D.”

Renewable energies are indeed something we all have to invest in for a sustainable future, but we need to keep being critical about it. For example, producing solar panels requires caustic chemicals like sodium hydroxide and hydrofluoric acid; it requires electricity, water, and produces waste. It is a highly polluting process. This should not be an impediment to spreading solar panels, but it also points out that energies can only legitimately be named renewable and sustainable if they are 100 per cent environment-friendly. Improving the renewable energy sector does not include only finding viable business models, but also creating solutions that are viable in the longer run