Manisha Raisinghani: The techie on top 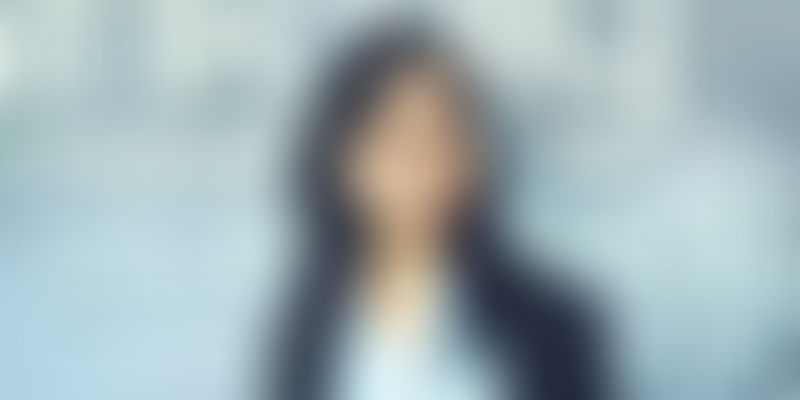 Meeting Mark Zuckerberg at Carnegie Mellon University (CMU) was a life changing moment for Manisha Raisinghani, the Co-founder of LogiNext. “Mark spoke about his colleague Sheryl Sandberg and the fire in my belly started after watching the TED talk by Sheryl on women leadership.”

Manisha leads the technology and product side at LogiNext Solutions. Many a times at business meetings, client briefings and networking events people assume that Manisha’s male co-founder leads the technology. Such perception is quite common in this sector today. Given that her role requires hard work and deep expertise, she finds such assumptions trying.

Manisha has been inspired by two women — Ginni Rometty, the CEO of IBM, and Shreyl Sandberg. As a co-founder she is doing her bit by trying to lead by example herself.

HerStory spoke with Manisha to know more about her journey with technology and what she is doing to stay on top of her game.

A normal upbringing and the lack of social or economic pressures have made Manisha seek out challenges and pave her own path. This supposed ‘son’ of the house was expected to take the family business ahead. However, she opted to choose numbers and data over the family’s expectation.

Following her under grad from Mumbai University she joined Mastek as a software engineer. In six months she figured that a corporate job was not going to be a life long engagement for her. In the 2009 layoffs, she was one among hundreds at Mastek.

Following her corporate stint, Manisha turned to learning something new. She decided to pursue something that would help her to analyse how to leverage technology to realise strategic opportunities. She found her answer in Information Systems and did her Masters in Information Systems from Carnegie Mellon. Post her graduation she worked with Warner Brother as part of the Data Analytics team for itunes.

After which she also worked with IBM in the US till she decided to get started.

Manisha had met Dhruvil, the Co-Founder of LogiNext in 2010 at CMU but it was only in July of 2013, over a cup of coffee in New York while discussing problems and complexities in logistics businesses in emerging markets that these techies at heart decided that the solution lay in ‘Internet of Things’ and with that in mind began working on their first product in US itself. It was in early 2014 that she moved from US to India.

From her experience, Manisha says, “The problem of fewer women in tech lies at the funnel. Till 10th grade, I believe the ratio of girls to boys was not really bad but it got worse when I joined the Science stream for Grade 11th and 12th and then even worse in Masters. The percentage dropped from around 40% in school to 30% in undergrad to less than 20% at Carnegie Mellon.”

The root cause, according to Manisha is the lack of mentorship and motivation right from a girl’s early years. Also social expectations from women are much higher than those for men.

“There are not many women at the intersection of B2B and logistics. It is a very rough domain. But again

working at this intersection excites me,” says Manisha. Being the only woman in almost all meetings with top executives of logistics companies is less of a challenge and more of a disappointment when she does not see enough women operating/working at that level.Another important challenge she faces as a leader and entrepreneur is how to strike a good number balance between male and female team members. “Most workspaces we have seen, especially the early age startups, are dominant with males. The primary reason, I feel, is that most startups are led by male leaders and women often lack the support of other female leaders. At LogiNext, we want to see our current female team members become the leaders of tomorrow and possibly start their own startups!”

However, one of the biggest challenges of her startup life was changing people’s perception of her from a bossy, pushy, selfish and a show-off to a persuasive, driven and dedicated leader. She says, “I am free of labels and I am glad to have a team which perceives my role as leadership and not ‘bossiness’.”

Staying on top of the game

Manisha leads on technology and product where her efforts are heavily focused on innovation and continuous perseverance.Her target is to enable the team to grab every single opportunity not just for their professional growth but personal growth as well.

She adds, “We also plan to hire the best tech talent, not just locally, but globally. We have seen a sudden inflow of Indians moving back from the western countries to work in India and especially with startups. Since we have recently experienced that move from the US back to India ourselves, we are able to connect to this talent quickly and easily.”

Manisha loves the magic she creates with data as it keeps her on her toes. Her family too has been very supportive of her entrepreneurial efforts.

Motivation also comes from, she says, “Three wise men (my co-founder Dhruvil Sanghvi, our investor Sanjay Mehta and our advisor Mark DeSantis) who are unremittingly making sure that I lead in this game. My confidence has exponentially grown with every milestone achieved in this one year of roller-coaster ride.”

Her current and future goals are the same- change the way logistics and supply chain industry works in Indian and other emerging markets. Manisha adds, “Being techies, we strongly believe and have been able to prove so far that data can become the game-changer here. We will soon see a world where tasks are done in a more predictive, preventive and proactive way. At LogiNext, we plan to be the one-shop stop for all the logistics needs across the globe!”