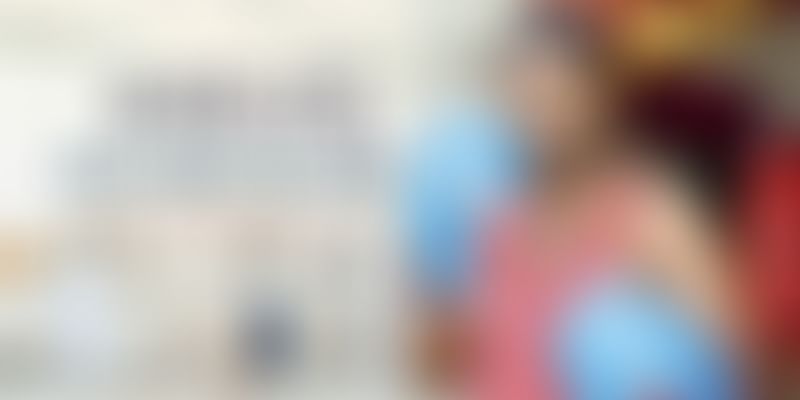 January 2015 will always be special to Mrunal Bhosale. Battling injury, a long career break due to an accident, sub-optimal training facilities, financial stress, and everything in between, Mrunal won the bronze medal at the National Boxing Championship held in Nagpur.

So where can you meet this hero? In a world class training facility with a squad that would take care of everything? No. Instead of basking in the glory of his recent win and being treated like a national champion should be, the harsh truth is that Mrunal drives a goods carrier in Pune to make ends meet.

India has never been kind of its sportsmen, barring cricketers of course. All other games and sportsmen are the step siblings of their glamourous sibling cricket.

With the promise of a government job after winning a medal disappearing into thin air, Mrunal is struggling to meet his everyday needs. Boxing is a close contact sports with frequent injuries a given. He has an injured his shoulder that needs to be operated upon pronto.

Mrunal comes from a family of six. His father is a labourer in an army workshop and mother is a homemaker. He has two elder sisters who are married and one younger sister who has recently been inducted in the Indian Police; she is currently undergoing training to be a constable. Despite everything, Mrunal is still chasing his dream of an Olympic medal for India.

SocialStory spoke to Mrunal to know more about his hurdles and hopes.

When I was young, I would get a lot of time after school and I would roam around aimlessly. My parents thought it was a wise idea to channel my energy with activities like sports or dance. I chose sports because I loved cricket. But my family could not afford the basic costs associated with playing cricket – buying a bat, helmet, and pad, etc.

So how did Mrunal take to boxing? When Mrunal was 12, a relative of the family saw Mrunal playing and suggested that Mrunal take up boxing because it had least investment and good career options. All of 12, Mrunal took up boxing as a pleasurable activity, just as any child would. It’s only when he started getting involved in practice sessions and interacting with others did he realise the real possibilities.

With a clear path set out in front of him, he continued to put in longer hours in practice sessions at the Maharashtra Institute of Games & Sports (MIGS) club in Nehru Stadium under the guidance of late T.J Naik (he passed away in 2012). Unfortunately, a bike accident in 2008 that left him with an injured leg, forced him to put brakes on his practice sessions. Back in 2010, by the time Mrunal got back to his fitness levels, he had crossed the age mark to compete at the juniors’ category.

With his chips down, and the future looking bleak, he was feeling drained. Just then, he happened to meet the famous boxers — Manoj Kumar (gold medal, light welterweight division at the 2010 Commonwealth Games) and Vijender Singh (bronze medal, 2008 Olympics).They gave Mrunal immense motivation and direction. With his vigour back, Mrunal decided to make a comeback in the seniors’ category and how!

Medal under his belt. Life could only get better now, apparently not

We ask him the quintessential question about winning a medal at the National Boxing Championship. Mrunal replies, “I was prepared. I was confident about progressing till the stage where I would win a medal. I had put in everything I could. I was prepared mentally and physically. Everyone feels scared when they are going to play a match, but there was just one thing playing on my mind – I have to win a medal. If I win a medal, I would get a government job which would give me financial stability and dedicated hours assigned just for perfecting my craft. I saw the team from Indian Railways. They are given so much time to focus on boxing and this helps them play longer. So I just focussed on winning and then land a job so I could pursue every sportsman’s ultimate dream — to bring the Olympic gold back home.”

Having won the bronze at the National Boxing Championship, Mrunal felt that his woes were finally bidding him goodbye. Unfortunately, every time he applied for a government job, he was shown the door and told that he was “too old”. Mrunal is still looking for a job because his resolve to play is undeterred.

And miles to go before I sleep

To continue pursuing his dream, Mrunal drives a goods carrier these days. Since this is not the kind of job that has predetermined working hours, he sometimes feels too tired to make it to practice, but with the fire that he has to prove his naysayers wrong, he motivates himself every single day.

Mrunal is also finishing up his Bachelor’s degree. Due to tournaments and the break he took, education took a beating. He has been advised by his seniors and well-wishers that education is important and he must attain a degree. Mrunal adds,

Everyone says that I should get my degree. But every time I miss exams because of some tournament dates clashing. I’m planning to write the exams in October and then I’ll be done. My seniors also tell me that I’m very good at sports and will continue to be, but I shouldn’t compromise on education. I want to play at international levels and to sustain, I need to be employed, and hence education is all the more important. I thank each one of them who have guided me.

It is true that sports other than cricket have not been given the importance they need to be given. IPL has become huge in our country and a lot of money has been pumped in. With the glamour quotient and the deep pocket of our entertainment brigade, the game format has given a platform to young talent to get noticed. Mrunal adds, “People who just make the team and don’t play, still get monetary benefits. It is not so when it comes to a sport like Boxing. Other sports are given a step child treatment. I hope this changes and other sports are given equal weightage. Even if I don’t make it but the situation changes in years to come and someone else benefits because of what I went through, I will feel satisfied.”

Talking about what he feels the government can do, Mrunal asks us, “Have you seen a rich man wanting to pursue boxing?” Majority of the sportsmen in this field come from low income group families. They have no financial support and very often, they have to give up the sport because there is just no way to cope with the financial pressures of life. The government needs to acknowledge this and work towards some sort of a programme where sportsmen get financial aid. Mrunal adds,

The club where I practice is a very small facility with even basic amenities missing, and yet there are players who are extraordinary at the game and have shown great results and yet there is no help from any quarters. Some players who were masters of this craft were forced to leave the sport to tackle harsher realities of life. There is talent in our country that can perform at international levels and win, but what will a man who has a family to feed do?

There are very small things that motivate a man. For a sportsman, it can be something as small as owning their own practice kit, or a pair of running shoes. Lack of amenities, financial stability and medical assistance post injury are the three main reasons for dropping out. Mrunal has a dislocated shoulder that needs surgery, but he doesn’t have the means. You’d think he’d give up, but Mrunal is made of a different metal.

I dream a dream

Since his coach passed away, Mrunal has been trained by his seniors who were taught by his coach. On his own time, Mrunal likes to coach children in the absence of seniors and coaches. Mrunal adds, “Kids starting from the age of fivecome to the club, I love teaching them. They’re very attached to me. Sometimes their parents call up asking why I wasn’t around. I feel very happy.”

“The help that I got from Manoj Kumar, has made him my idol. People now know me not only in Maharashtra but all across India. I want to do for others what Manoj Kumar did for me.” On that note, we asked if Mrunal would want to someday open an academy of his own and coach, his answer surprises us. He says, “No. My coach taught me in this academy, and this is where I will teach too. My coach had dreams and he passed away. Maybe this way, I’ll be able to make that dream come true.”

Help from all quarters is what we hope for. Mrunal waits for a sponsorship calls every single day. He would not have to worry about basic things like buying a pair of running shoes. Before we complain next time about the dismal performance our country put up at some international game, remember that the very drink this conversation could be going on over is an amount a poor athlete hopes for. Skipping a five-star meal might mean that he gets to buy a new pair of gloves.

‘Milaap’, India’s leading micro lending platform, helps people in need by connecting them to an audience that can give financial assistance. Milaap is helping Mrunal raise funds to meet his boxing expenses. You can do your bit here.

Every boxer dreams of winning an Olympic medal for their country. This is Mrunal’s dream too. He adds,

I would’ve played longer and had comfort had I got a government job, but I’m going to play even now. If I get some sponsorship and funds, it’ll tide me through financial stress. I’m doing and will continue to do whatever it takes to represent India on international platforms. I will continue to make my country’s flag wave higher and higher.