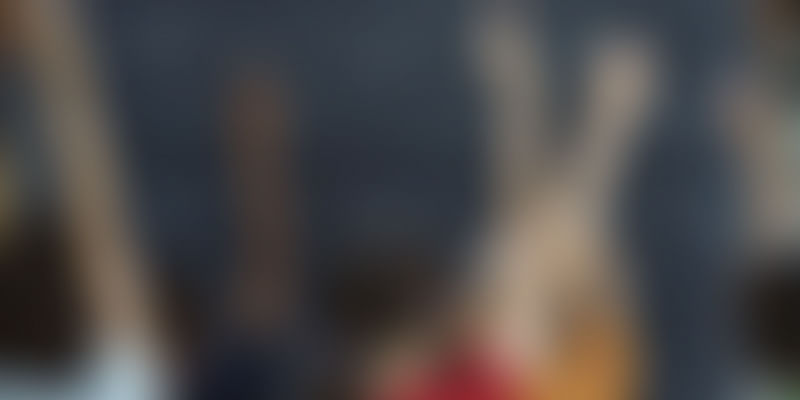 Imagine if a founder could receive support for all core functions (along with funding), and focus all her energies towards product and business development. RISE India fills that gap by providing infrastructure support through capital and employees for core functions. All of RISE India’s beneficiaries are supported by a single unit consisting of dedicated HR, accounts and finance teams, along with capital, to ensure that the ventures only focus on business development and operations.

RISE India is an investment firm dedicated to transforming education and skill-based training by providing growth capital to promising education groups and institutions.

Through its ventures, RISE India has succeeded in training and placement of over 50,000 students in sectors such as retail, IT, BSFI, construction, driving, and renewable energy. Since its incorporation in 2012, it has built a pan-Indian presence, and invested close to INR 100 crores in three companies as of FY2014. The organisation has managed to distinguish itself from its contemporaries by operating through a unique business model.

The brainchild behind the structuring of this particular mode of operation is RISE India’s CEO and Founder Ajay Chhagani.

Ajay is a veteran in the education space, having started his journey as an intern at Lakhotia Computer Centre back in 1999. After completing a project on IT education, he joined the company as a full-time employee. The late CMD of LCC Infortech Ltd, Mr Suresh Chandra Lakhotia was a mentor to Ajay, and served as the first inspiration for RISE India. Ajay also worked with companies such as NIIT, KarROX (training), Usha Martin (wire rope manufacturer), Datapro (computer education, Ajay was the acting CEO in 2004) and RUMI Education (a venture that sought to improve learning outcomes in the affordable schools segment, it now delivers content solutions for the K-5 school segment, and for skill development).

Ajay pondered over the idea of RISE India for nearly a year until 2012, since the concept was a capital-intensive one. After receiving angel funding of INR 50crores, he went ahead and incorporated the company, bringing in three ventures under RISE India’s wing:

Ajay believes that his model helps each organisation build its own specialised offerings and domain expertise across particular subjects, thus providing better value than companies that practice a ‘Big Bazaar’ like approach of supplying multiple solutions.

He mentions that the criteria used to vet potential portfolio companies are extremely rigourous. Companies should have their fundamental functions in place, including IP and customer support; they should be operating in the realm of education and employability; and their culture should be able to merge effectively with that of RISE India.

Ajay is extremely pleased with his ventures;in fact, RISE India has managed to become profitable within two years. The journey has not been without its difficulties. Looking for the first seed investor was extremely difficult, given that the idea needed significant capital, and Ajay also wanted the freedom to operate without too much interference from investors.

Integrating three organisations under one umbrella involved complex maneuvering among various cultures and work ethics, buy-in from senior employees of each venture and exercising immense resourcefulness during operations. Gradually, both RISE India and its ventures found a certain equilibrium, which has led to their large scale impact today. Together, they hope to impact one million people though training and placement by the end of the year. Also, thanks to a strong core team at the helm, RISE India could institutionalise many best practices in their firm – including structured holiday packages (all employees are entitled to ‘free’ paid holidays, in case they are unable to concentrate on their work and want some time off) that have not been misused, and giving company stake to all its employees regardless of their position in RISE India.

Ajay believes that there are two possible routes for RISE India: either it can merge with its ventures as one big unit tackling challenges in the education and skilling space and list itself on the stock exchange, or, once its ventures reach maturity in terms of their scale of operations, RISE India could sell its stake to interested buyers. The investment firm can then adopt new ventures to help them reach their full potential

In both cases, RISE India is fully committed towards the cause of education. The name of the organisation was also inspired by the need to help India ‘rise.' Ajay hopes RISE India will be to the education and skilling spacewhat ‘Sholay’ is to Bollywood – unique, impactful and wildly successful.