Six literary characters that entrepreneurs can learn from 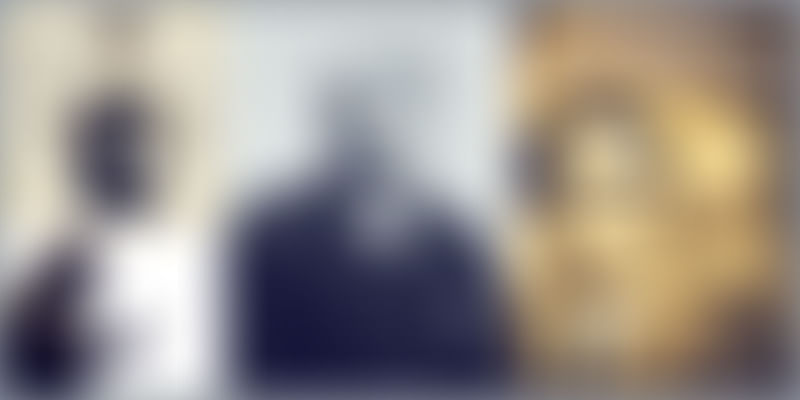 Literature inspires us. What stay on forever are the small nuances of the characters we read. Their quirks are relatable, yet they’re different. While fictional, they do bring in admirable qualities that several entrepreneurs can learn from. Here’s a list of top literary characters that can teach a thing or two to entrepreneurs:

A true classic, and Harper Lee’s only book (for now!), Atticus Finch is probably one of the most idealistic characters in the literary world – Bold, heroic, noble, honourable- the list is endless. So what can entrepreneurs learn from Atticus? He’s one of the most even-handed characters, a very important trait for startup entrepreneurs. With bold determination and zero fear of consequences, he helped an orthodox community see a tough situation in new light. There are always different sides to a story, and entrepreneurs need to have the capacity to distance themselves from the problem to work with different angles of it.

Memorable quote: “Simply because we were licked a hundred years before we started is no reason for us not to try to win.”

While a struggling writer, what makes Arturo Bandini inspiring for entrepreneurs is that he is a risk taker. Nobody ever did anything following old conventions. If you need to look at opportunities, you need to be able to take that leap of faith. He never lets emotion get the better of him, or, like it’s put in the novels, ‘he hides his sins under a sweet smiling face.’

Memorable quote: “My advice to all young writers is quite simple. I would caution them never to evade a new experience. I would urge them to live life in the raw, to grapple with it bravely, to attack it with naked fists.”

Not every inspiration must come from a dark, brooding man. Holly Golighty, the protagonist of ‘Breakfast at Tiffany’s’ and quintessential ‘manic pixie girl,’ is probably one of the most loved literary characters. A uniquely powerful character, what entrepreneurs can learn from her is the fact that she knows when to be sentimental and when to wrap those emotions in a tight bandage. When you are starting up, while passion is truly important, you cannot afford to be sentimental and emotional about everything.

There are times when you need to know to draw that line between your soul and your mind, and Holly Golighty surely knows that. She makes things happen, she’s resourceful and there is nothing a resourceful entrepreneur cannot do. She knows where, when and how to use her limited resources best. Call it emotional jugaad, if you will!

Memorable quote: “Never love a wild thing.... He was always lugging home wild things. A hawk with a hurt wing. One time it was a full-grown bobcat with a broken leg. But you can't give your heart to a wild thing: the more you do, the stronger they get. Until they're strong enough to run into the woods. Or fly into a tree. Then a taller tree. Then the sky. That's how you'll end up.... If you let yourself love a wild thing. You'll end up looking at the sky.”

While in many forms a difficult character, there are several things entrepreneurs can learn from Sherlock Holmes. Beyond his uncanny intelligence is his brilliant observational skill, one of the basic must haves for all entrepreneurs. He sees things others simply do not! He is single-minded in reaching his goal, the kind of determination and focus entrepreneurs need to have. Distractions do not make a startup!

Memorable quote: "The world is full of obvious things which nobody by any chance ever observes."

An anti-hero, Professor Moriarty is a real mastermind, and if there is one character who has given Sherlock a run for his money, it’s Professor Moriarty. While a criminal, there are several things entrepreneurs can learn from him. He is completely confident, cool-headed and knows his ‘stuff.’ In a high-strung industry, how you handle your temperament can sometimes be the difference between success and cold hard failure. Or, you might just not be taken seriously, which is worse.

While others might not follow your ideas or plans, you need to be calm, composed and confident of them. If things don’t work out, you need to have the cool to improvise, to change, and to keep going ahead. Moriarty is extremely tenacious and thorough in all his pursuits, in fact, more so than Sherlock! It’s not kill or be killed with Moriarty, but kill or kill harder.

Memorable quote: “You stand in the way not merely of an individual, but of a mighty organisation, the full extent of which you, with all your cleverness, have been unable to realise. You must stand clear, Mr. Holmes, or be trodden underfoot."

Dry sense of humour and quick wit, while on the surface Philip Marlowe looks like any other private eye, he is one tough character. Though he is mostly cynical, Marlowe has seen both the ugly and good side of life, but knows how to use both to his advantage. Apart from knowing different sides to a situation, entrepreneurs need to see what can be done with both the good and the bad. His rules are sacrosanct. In these fickle times, it’s more than important for entrepreneurs and young CEOs to be principled, and know how to apply those principles to changing, especially extreme, circumstance. Believe as Marlowe believes:

Memorable quote: “Down these mean streets a man must go who is not himself mean, who is neither tarnished nor afraid. He must be, to use a rather weathered phrase, a man of honour.”