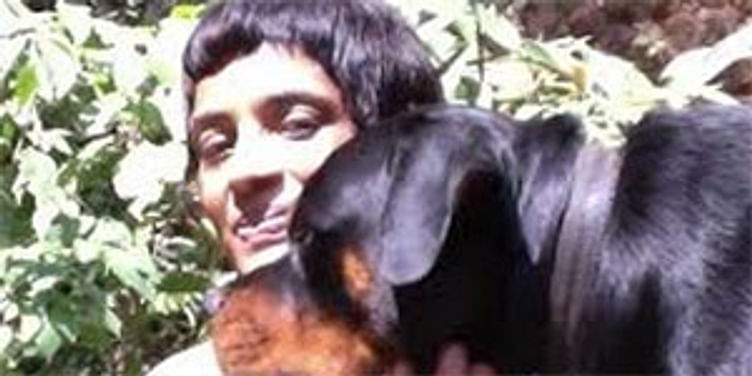 By the age of 12, she knew she wanted to work with nature: in the areas of conservation, reforestation or wildlife. She was one of the nominees in the Environment category at the Femina Awards held earlier this year. Being a person who believes that the beauty industry is incompatible with an environmental ethic, as well believing in team recognition rather than solo, she had politely refused the nomination.

Meet Suprabha Seshan, Ashoka Fellow, Winner of 2006 Whitley Award, Trustee of The Forest Way Trust in Thiruvannamalai, and Director of Gurukula Botanical Sanctuary (GBS), in Wayanad, Kerala. It so happened that a close friend made a presentation about GBS while she was pursuing her undergraduate degree at Brockwood Park Educational centre in the UK in 1988. She made it to GBS in 1991 and knew soon after, she’d found her calling.

“It was a big surprise since I had grown up in Bengaluru and not heard of this place,” says Suprabha.

​The work Suprabha does today, with a group of friends, co-workers and associates, is plant conservation, habitat restoration and nature education. Specifically, they are concerned with plant species of the Western Ghats and degraded habitats in these mountain forests. The GBS team works on a 63-acre piece, nursing native plants, and restoring land to vibrant habitat.

Simple as it may sound, this involves ex-situ conservation (growing plants through nursery and gardening techniques), reforestation and rehabilitation of habitat and some natural farming. The team also runs educational programmes, residential ones as well as day tours to show visitors hundreds of species native to the Western Ghats. They also work consultatively with the Forest department in the Nilgiris, to restore endangered grasslands in high elevation areas.

“Our work is rooted in the understanding that the natural world is the source of everything of real value, from wisdom and spirituality to intellectual rigour, fun, art, food and beauty, to inspiration, to our very lives,” says Suprabha who has lived seven years of her life without electricity. GBS had no electricity until 2000. Then they got solar panels and the place was run on that till 2009. Later they got a connection to the grid.

The work they do is critical: plant species are highly endangered, as are the forests, from which rivers arise. To give back to the natural world instead of only extracting is vital. First, to protect what’s there, and then to nurture the vegetation through its plant members and subsequently to create a place fit for other species and humans to live.

What disturbs her more is that people in urban areas, accept high levels of toxins in their bodies and in their environment. In cities, the capacity for air, water, and soil regeneration is totally destroyed.

“How about gifting children a healthy environment, as parents?” she asks.

As a child, Suprabha saw her mother take care of all the creatures she brought in. Suprabha’s mother worked with various social organizations, bringing home Tibetan refugees, leprosy patients, young idealistic volunteers from all over India, social workers, activists and educators. In short, it was a perfect household which was busy with people at all times.

It was her father, a government employee who retired early in order to farm, who encouraged a young Suprabha to see connections between things, write, travel and experience nature directly.

Childhood was a lot of travel with her parents to remote corners of India. While they traversed the landscape to work with human issues – famine, drought, health, refugees, Suprabha spent her time playing with children of those villages and exploring trees, animals, rocks, streams, wells, and ravines.

It was the J Krishnamurti schools that she attended for 11 years which gave her a vibrant learning environment. “The policy of each of the schools is to honour and protect the wild, and to have an education rooted in the wild, “ says Suprabha. She attended two of their schools in India and one in England.

“Jiddu Krishnamurti was still alive when I was in school. I had the chance to meet with him several times. Forests, tall trees, community, plants, little beautiful insects and birds, wild habitats of every kind, diversity, abundance, daily waking up to a rich orchestra of bird calls, and supporting all of this with my very life, and in a spirit of abiding friendship with my fellow humans, through thick and thin,” says Suprabha.

Suprabha and the conservation space

The GBS core team is all- women, five at present, who have lived and worked together for more than 20 years. They lost their chief and mentor recently, but it’s clear that he believed in women power. To them is entrusted the job of nurturing plants, animals, the land and forest. This work with native species and the care of the whole place is now in the the hands of Suprabha and her friends Laly Joseph, Suma Keloth, Leelamma and Purvi Jain.

“My own support system is a fantastic network of great friends, with a capital F. These are not fair weather friends but great ones who sustain important things of value. ​ My family is the true support and when I say family, I have an unconventional definition – a mix of blood-family and friends-family and a wild-family, where the boundaries are quite blurred,” signs off Suprabha.