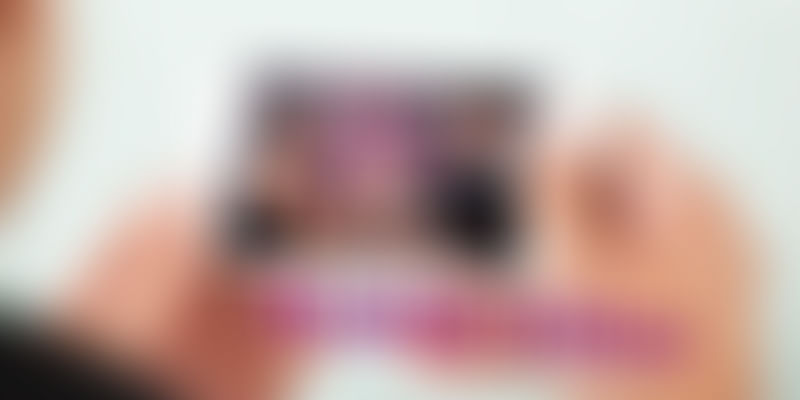 Nickhil Jakatdar was born and brought up in Pune. Later, he moved to the US to pursue his PhD at Berkeley after graduating from Pune University. While he was a PhD student, he founded his first startup, Timbre Technologies. Three years later, his startup was sold to Tokyo Electron for over $138M.

Between 1998 and 2006 Nickhil Jakatdar founded one startup, helped found two other (Praesagus and CommandCAD), and he has seen three startup exits. Now he is founder and CEO of Vuclip, independent mobile video media company.

Nickhil tells YourStory “Being interested in working with first-time entrepreneurs and also being able to easily relate with their stories, I joined Vuclip as a founder and investor in 2006. It was only in 2007, when the company reached a dead end of having a great product but no money to market it, thatI took over the reins as CEO in order to lend the company the strategic direction it needed. And I am still here enjoying every minute of the journey so far.”

The bet on mobile video that paid well

Back in 2006-2007 while the world was talking about the rise and rise of YouTube on desktop web, Nickhil was dreaming something else. Not just dreaming, he was betting on the future of mobile as a video consumption device. To talk about it today seems very obvious, but that common sense was not so common before the first iPhone debuted. Nickhil tells us “…foreseeing the immense potential of mobile phone penetration across the emerging markets of India, South East Asia, the Middle East and Africa, Vuclip entered the mobile video space as early as 2008, catering to the demand for entertainment of viewers owning feature phones. We were beginning to see markets like India leapfrogging desktops and adopting the mobile as an instrument for entertainment in addition to communicating via voice and SMS.”

Their foresight paid off with India becoming one of the fastest growing smartphone markets in the world, enjoying a mobile subscriber base in excess of 944 million (Source: TRAI release dated 6th Feb, 2015). The rapid adoption of low cost smartphone and increasing accessibility of the mobile Internet has made the mobile the first and preferred screen for accessing internet content for a majority of Indians.

For its video offering Vuclip mainly targets the youth between the age 18 and 25 across the emerging markets they operate in, popularly known as the Experience Generation. These are young, savvy, always connected individuals on the move with increasing purchasing power and who are hooked onto a mobile device, as to them, it is the one-stop destination for all entertainment, communication and social networking needs. The unique characteristic of this audience group is their penchant for watching content of their choice at a time of their preference. This is what boosts the Mobile Video On-Demand (MVOD) business.

“At the same time, there is another section of society for whom mobile internet and mobile video is a relatively ‘new’ phenomenon. Offering cost effective solutions to use the mobile as a device for entertainment is what makes us work closely with telecom service providers to make this audience segment adopt mobile video.”

When it comes to performance, watching a video via a native app versusvia a native app is very different experience. Vuclip’s innovative buffer-free solution makes it seamless, whether a viewer chooses to access videos via the app or the mobile site, the video viewing experience stays consistent.

Nickhil Jakatdar says “Vuclip app is powered by our patented Dynamic Adaptive Transcoding™ technology, which is responsible for delivering unbuffered mobile video viewing experience regardless of device type or network reliability. The Vuclip App is backed by the smart technology that instantly recognizes a user's content preference based on their region, past viewing habits, device, and network capabilities. The app delivers an enjoyable, buffer-free experience, with intuitive search and smooth navigation, letting the user enjoy the diverse content catalogue which we believe to be the best in the industry.”

According toNickhil, “The rapid adoption of low cost smartphones and increasing accessibility of the mobile Internet has made the mobile the first and preferred screen for accessing internet content for a majority of Indians. 67 per cent of 12,000 global survey respondents of Vuclip’s Q4, 2014 Global Video Insights study showcased preference for mobile as their primary source of entertainment for watching their favorite movies, music videos, and TV shows. All of this is now happening primarily through low cost smartphones. Moreover, consumers are increasing the time they spend watching mobile video with 80 percent of respondents watching mobile videos at least once every 2-3 days, and more than half opting to watching daily.”

On the content front, the folks at Vuclip are witnessing an increased preference for vernacular content. Though entertainment rules the roost in terms of consumption of movies, music, comedy and TV shows, it is sports related videos and news based content that is driving mobile video viewership in India.

Nickhil adds, “In terms of usage habits, we are seeing a growth in mobile videos being accessed from home indicating that despite the presence of traditional means of entertainment such as Television, Indian mobile video consumers are increasingly preferring to watch videos on demand, i.e. Content of their choice at the time of their choice and on the go!”

In India, Vuclip is partnered with Airtel, !dea and Vodafone. In South East Asia Indosat, Maxis, Celcom, DiGi, Telkomsel and AIS. Vodafone and Etisalat in the Middle East.

For mobile operators, video has become the catalyst for data plan adoption and fuels the next level of growth in a flat to declining voice revenue stream. Innovative approaches are being tested, for example, Airtel Re 1 Entertainment store was unveiled in 2013. Nickhil says “This opened up mobile video access to millions of consumers who had not experienced mobile internet ever before. The prevalence of cheaper data plans of telecom service providers has paved the way for average consumption of 100 minutes of videos on the Vuclip platform per user in a month. More than 60 per cent of Vuclip’s user base is now on smartphones.”

He adds, “It is also crucial to note that the concept of card payments is prevalent largely in Metros and Tier 1 towns, but yet to pervade into Tier 2 and Tier 3 towns of countries emerging markets. Moreover, mobile wallets like Paytm are also in the evolving stage. All in all, carrier billing, in general, has wider acceptance from a consumer point of view.”

According to World Bank, 93% of adults in emerging markets have no credit cards. But, carrier billing has a maximum reach with frictionless penetration from a consumer point of view. Given that the maximum users of Vuclip belong to tier-2 and tier-3 regions with low incidence of non-cash mode of payments, it is sufficient to underscore the success of carrier billing in facilitating the access of videos on mobile and other digital content. The idea of direct carrier billing is not a new one per se, telecos like Vodafone have been enabling consumers to buy things like ringtones and wallpapers before the advent of smartphones. What’s different now is telecos have made the terms developer-friendly. When Vodafone launched their developer platform, the share split was 50/50. Traditionally, telecos used to take 80% of the cut. In Vodfone's case the 50-50 spilt still exists and goes upto 70% in favour of the partner/developer.

Would the scale of Vuclip have been achieved without carrier billing?

In simple terms, the answer is NO, it wouldn't have been possible to monetize Vuclip at a scale. Consumers-online are attracted to a free content by default. In mobile video case very few are fine with paying for content. Till recently, even when they are interested to pay, it was not clear what could be the best method to enable payment given that non-cash modes of payment have been nascent. Nickhil says, “Then, in the year 2012, we experimented with carrier billing. Due credit has to be given to telecom service providers for introducing this as this paved the way for the growth of Mobile VOD.”

Vuclip has integrated billing with carriers in countries such as India, Indonesia, Malaysia, Thailand, Egypt, UAE, Nigeria and Kenya. Additionally, out of 100 million users who come to Vuclip’s free site, about 30 million come from integrated carriers.

Going ahead to meet growth

Vuclip has strategic partnerships with more than 200 top studios around the world with access to blockbuster Hollywood and regional movies, TV shows and music videos in 20 different languages. Vuclip is based in Milipitas, California. It has a team of over 200 employees spread across Milipitas Mumbai, Delhi, Dubai, Beijing, Kuala Lumpur, Pune, Jakarta and Bangkok. They are looking to double their head count by 50 per cent by hiring over a 100 professionals – a mix of experienced as well as fresh engineering talent.