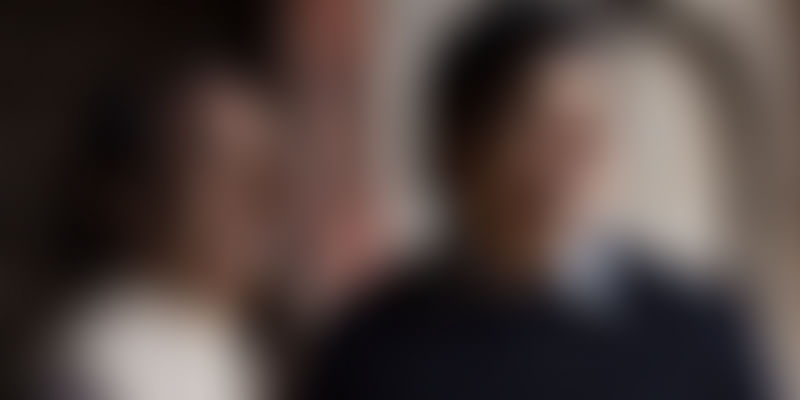 For most brands, their crowning moment is defined by revenue markers, or going international, or something else. For some others, like Amrapali, it’s a lot more literal. The Jaipur-born jewelry brand’s crowning moment was being commissioned by Harrods, London, to design an exquisite crown in celebration of the Queen’s diamond jubilee in 2012.

Besides Harrods, Amrapali has quite a few defining feathers in its crown; from designing jewelry for the Hollywood mega production ‘Troy’, to being the only Indian jeweler ever to exhibit at the Fine Jewelry Room at Harrods, London, retailing alongside brands like Cartier and Tiffany.

Quite a long way to have traversed when one considers Amrapali’s 1978 establishment by close friends and history students Rajiv Arora and Rajesh Ajmera, who wanted careers associated with art. They began by buying beads and making silver jewelry by hand.

While looking up to the brands’ legacy in awe, one also naturally wonders: How does a 36-year-old brand go from such humble beginnings to designing for royalty and Hollywood?

“Through possessing a strong focus on design, and the efforts and vision of its founders,” explains Akanksha Arora, CEO of Amrapali Jewels, who we caught up with to understand the journey of her brand.

It’s easy to see what she means. Even as other jewelers move to machine-oriented processes to mass-manufacture, each piece of jewelry produced at Amrapali is still hand-crafted and put through strict quality checks for material, craftsmanship, detailing, creativity, and exclusivity.

Yet, even as the brand holds on to its traditional designing roots, its overall vision has evolved significantly to cater to a constantly changing world.

Leading this change is the second generation – Akanksha and her husband Tarang Arora. While it was natural for Tarang, the son of Amrapali’s Co-founder Rajiv Arora, to be interested in his family business, Akanksha too started young watching her mom as an independent jewelry designer herself, and went on to pursue a course in design, manufacturing, gemology, and diamond grading from the prestigious IIGJ, Mumbai.

A new management means new ideas, as Akanksha extrapolates, “Tarang and I bring our own ideas and have a different outlook to things, but that’s also because the world around us is changing constantly. Everything is more digital now, and the company has grown a lot in these years, be it going online or through social media. However, we’ve maintained our foundations and ensured that our design language hasn’t changed. Our jewelry is still handcrafted in the traditional way. We are known to be a boutique luxury brand and want to keep it that way.”

The young CEO’s outlook may well have played a huge role in the company’s continuing success. She was instrumental in launching the company’s online operations, starting with a Facebook page seven years ago. Akanksha realized the demand from all over the world for their products to be shipped internationally, which led her to launch their e-store tribebyamrapali.com in 2013. “We wanted to be accessible to everybody and the response has been great. We’re now shipping across the globe, and are very happy with the outcome.”

Online also seems to be the way the company is approaching its marketing plans. Given that Amrapali has never allocated a huge budget for publicity, and mainly relied on word-of-mouth, social media has been instrumental in spreading the word far and wide.

While new retail stores continue to open (Kolkata and Ahmedabad last month and a one-of-a-kind jewelry museum in Jaipur,) there is a major online expansion planned, says Arora, while adding that since India currently accounts for less than two percent of the world’s consumption of jewelry, the scope for growth is huge.

But no growth is possible without its obstacles, and Amrapali faces its biggest challenge in the form of government policies for the jewelry industry. “Return policies on imports are very strict and restrict us in many ways. If India has to compete with markets like China, USA, Europe, then we need our laws to be a bit more flexible and business friendly,” admits Arora, who is also confident that the ethnic roots of the brand from which they continue to derive inspiration will see them through rough patches. “Our designs are unique and we’re always trying to come up with something new in order to stay ahead of the game. We’re also evolving with time and everyone has to keep up with the current times or get left behind.”

This confidence in the brand to hold out on its own reflects in Akanksha’s nonchalance when she discusses their competition, “We like to believe that we don’t really have any competition in India because what we do is very different from the rest. However, we do have a lot of people copying our designs, which just means that we must be doing something right. Either way a bit of competition is healthy and keeps you on your toes.”

As for herself, Akanksha’s work keeps her ahead by letting her hobnob with the who’s-who of the world, and travelling extensively. When asked about it, she says modestly “It’s all about enjoying what you do and making the most of it. With travelling I get to learn so much from all the different cultures and countries we visit. We try and absorb a bit of everything, every culture has something different to offer.”