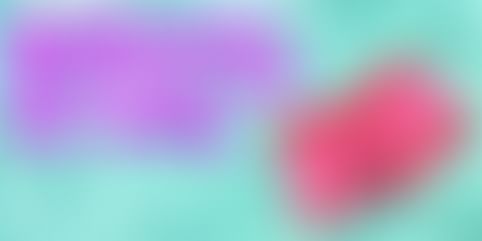 “We are storytelling animals and the actual telling of stories — that ancient aural mesmerism of the human voice — continues to bewitch us somehow more thoroughly than any other medium of tale-transmission. This, perhaps, is why podcasts have emerged as a storytelling modality capable of particular enchantment — a marriage of the primeval and the present,” writes Maria Popova in her piece on nine podcasts for a fuller life. Possibly this is why podcasts have become a valuable tool of information consumption and entertainment for those who care to break away from the constant influx of the hyper visual world we inhabit. The podcast industry may have reached its summit of relevance with the smashing success of Serial last year in USA, but American audiences have always enjoyed a rich and varied tradition of the same for as long as radio has been around.

In contrast, the government regulates radio policies in India with an iron fist, allowing for little more than music and light hearted bantering. Analysis and commentary of most sorts are banned. Before the advent of the digital life, there was little that could be done to defy these impositions. The oral internet, being outside the purview of these strict censorship norms, is now finally open to experiment with form, content and commentary. The past decade has witnessed an encouraging explosion of a handful of podcasts in India. But their subject matters are niche and their audiences comprised of scant pockets, thereby nipping in the bud any chances of generating profitable, or even sustainable, ad revenues (the only revenue option for now). The result being that all those at the helm of podcasting in India do it as a secondary passion, maintaining day jobs to pay their bills. Podcasting may be a nascent industry in India, but there was little positive indication that it would amount to anything more than that.

This sentiment is shared by Rajesh Tahil and Tariq Ansari, the Co-founders of Audiomatic, India’s newest and arguably most ambitious yet podcast startup. “I don’t think podcasting is really an industry yet. That is the real challenge for us. We are trying to create a space for ourselves in the life of a consumer who is saturated with choices. However, I think radio’s unique ability to allow people to do other things while they listen and tell stories that does not SHOW everything but draws on their imagination is a key success factor,” says Rajesh.

Tariq Ansari was at the helm of the newspaper 'Mid Day' before moving onto becoming a radio entrepreneur. Having been a prime player in the growth of private radio in India, he now owns and operates the network Radio One. Rajesh Tahil served as the CEO of Radio One and publisher of Mid Day. Seven years ago he branched off to start his own firm Hill Road Media, a publishing and content outsourcing company. But the two friends share more than a common career trajectory, even as their respective professional paths parallel the evolution of media in India- from radio to print to digital and now oral digital. They share a deep passion for this oral medium of storytelling and are committed to discover and uphold its potential. This commitment is what oversaw the birth of Audiomatic.

“As we worked on other radio projects, we often talked about how, in the west, there are so many

good (non-music) radio programmes made by NPR, BBC etc. and more recently by podcasters that cover a fascinating range of subjects across genres, while being supposedly ‘handicapped’ by having only ‘audio’ and manage to be fantastic using techniques from storytelling and narrative journalism.

Given a combination of the need for something like this in India and our ability to execute it, we decided that we would be either the incredibly foolish or terribly wise people to try this out here,” explains Rajesh.

Once they decided to go ahead, picking a name was easy. “We wanted a simple name, one that sounds good; one that suggests both audio and digital and Audiomatic seemed to work.” The founders had certain genres in mind that they wanted to cover initially and then an overall map that they would like to build-out to in the next 18-24 months. “So initially we decided on science, current-affairs and food but plan to cover many more genres in the coming months. The focus has been on storytelling and whether it is food (The Real Food Podcast), current affairs (Ask Aakar Anything) or Science (The Intersection), we believe that the ability to tell compelling stories is what will get people into this medium,” says Rajesh.

Take Audiomatic’s science podcast The Intersection for example. The show, which is inspired by its popular American counterpart RadioLab, features painstakingly curated and researched topics that are obscure but interesting. The first episode discussed ‘A blood group so rare that it once had to be 'exported'- the mysterious Bombay Blood Group and the handful of people strewn across the globe who are afflicted with it. The Intersection’s latest episode explores how the recently excavated bodies of four people, who died four thousand years ago, may finally be able to explain the enduring mysteries of the Harappan civilization.

In the frivolous, but sarcastically biting, current affairs podcast ‘Ask Aakar Anything,’ veteran journalist Aakar Patel fields question like how he would career coach Rahul Gandhi, is Air India the worst airline in the world and why Deepika Padukone is his favourite actress.

In the first episode of ‘The Real Food Podcast’, Vikram Doctor traced the mind boggling lineage of India’s mango royalty- the Alphonso. In the latest one he goes down memory lane chronicling the rise of everyone’s favourite butter Amul.

Audiomatic founders conducted an unusual sample of market research to determine the viability of their product. “We looked at data for the increase in commute times of people across three-four metros and what people do on these commutes. We saw an opportunity for ourselves in this data.”

Podcasts are experiencing a renewed surge of popularity in the west. But there is there hope for a similar outcome in India? For Rajesh, there are two ways to look at this: “If the underlying reasons for success in the west are the same as here-longer commute times, ability to multi-task while listening, availability of good content, etc.; then eventually Indian audiences will take to them. But it will take some time.

However the podcast audience in the US is built on the back of a very very robust public radio ecosystem that creates a habit for non-music radio and the lack of that here in India could be a challenge.” Though podcasts have been around for decades in the West, and have enjoyed enviable patronage, the wild success of Serial in 2014 saw a frenzied gold rush. Does Audiomatic seem poised at the precipice of such a gold rush, being at the forefront of a virtually untapped market like India? For Rajesh, the question is premature. “Not so sure about a gold rush, but if more people get in, it is a great thing. Each new podcast will expand the market with the listeners it acquires and that’s how categories grow.”

Audiomatic is self-funded by the founders. Its plans of scaling depend entirely upon its audience reception. “We hope to have 10-12 of our own podcasts in the near future and then double that through alliances and partnerships. We are hoping to offer a significant numbers across the network that allows for monetisation,” says Rajesh. He continues, “Globally the industry is well on its way as it hit its inflection point sometime last year, I think. In India it all depends on how things go over the next two to three years – you need to have critical mass in order to be able to generate the funds that power the industry.”

Tariq and Rajesh are heartened by the response they have received so far. “We are 4 weeks old and the numbers are higher than we expected. What is even more encouraging is the number of high-profile potential partners who have gotten in touch wanting to be part of this venture which is a validation of sorts,” says Rajesh.

Since there is little precedent to running a podcast venture in India, one presumes that navigating the novel challenges that come Audiomatic’s way might prove intensely daunting. But Rajesh is unfazed. “I think we are in the learning phase of our business. No challenge is extra-ordinary because we have no pre-conceived notions.”

Being an entrepreneur can be a lonely job. But the ability to create something new and hopefully relevant is what keeps the duo motivated. That and because starting up keeps your mind young. “It’s like yoga for the brain,” Rajesh philosophizes.

A parting epiphany before signing off is his advice to fellow upstarts. “Keep at it. You will figure it out eventually. Even if you don’t, the journey is probably as much fun as the destination.”