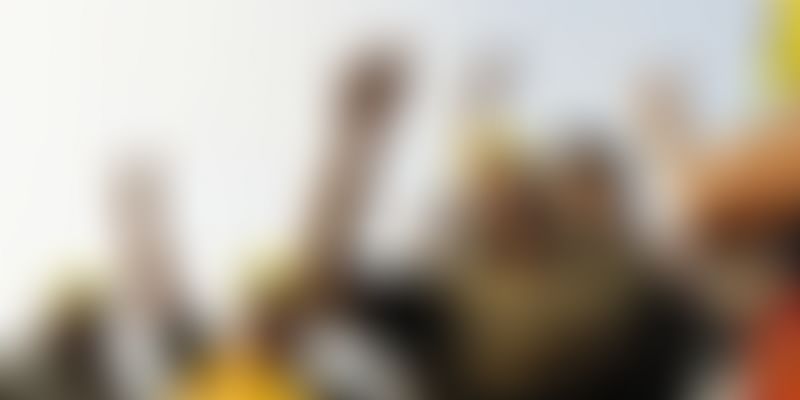 Survivors of the Bhopal Gas Tragedy and others living close to the abandoned Union Carbide Factory staged a protest against the Centre for “failing” to clean up toxic waste inside the unit’s premises on the World Environment Day today.

Protesters, led by five NGOs working for survivors of the tragedy, in which leakage of poisonous MIC (methyl isocyanate) gas from Union Carbide factory killed thousands of people on the night of December 2-3, 1984, held banners at the site where hazardous waste in thousands of tons is buried 400 metres north of the factory for the last 19 years.

“It is Union Carbide that buried the waste next to our homes. Why is the Indian government not able to make Union Carbide’s current owner Dow Chemical accept legal liability and clean up the toxic waste?” ‘Bhopal Gas Peedit Mahila Stationery Karmchari Sangh’ president, Rashida Bee said.

“Hundreds of children were born with birth defects because their parents consumed contaminated ground water for 20 years. Unless, the hazardous waste is excavated and disposed off safely, the toxic contamination will continue to maim generations to come,” ‘Bhopal Gas Peedit Mahila Purush Sangharsh Morcha’ President, Nawab Khan said.

According to PTI, Satinath Sarangi of Bhopal Group for Information and Action said that a legal petition for removal of the hazardous waste and clean up by Dow Chemical was pending before the Madhya Pradesh High Court for last 11 years.

According to the organisations, the hazardous waste from the pesticide factory was buried in 1996 by the factory management. The waste is known to contain chemicals that cause cancers and birth defects and damage the liver, kidneys, lungs and the brain.

They said in October 2012 Lucknow-based Indian Institute of Toxicology Research had reported that the groundwater around the defunct factory, with 10,000 residents of 22 communities, is contaminated.

Further tests have shown that the contamination has spread beyond 22 communities and it will continue unless the buried waste is removed from the site, they added.

35+ startups working to better the environment because nobody else does