Launching the entrepreneurial dreams of women across India 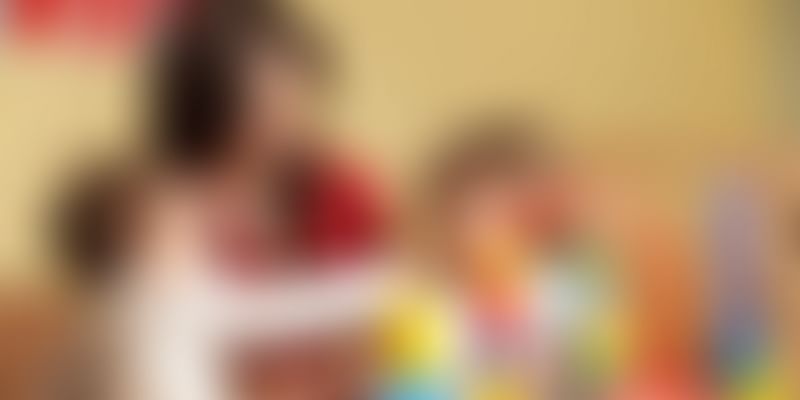 This article is sponsored by Kidzee

It is often said that the hand that rocks the cradle rules the world; but is it true? How successful are women of today in juggling their family life with a satisfying career? It might come as a surprise to many that the percentage of employed women in urban India is not only as low as 20% but also far lower than their rural counterparts, who are extremely involved in farming and related work. Of course, among the women who are employed, a good number are under employed and very few make it to top management levels.

Lest this paint too gloomy a picture, I should acknowledge things certainly are changing, and what is interesting is that the participation of women in certain sectors is very high. In the IT industry, for example, 30% of the workforce is female. So, what are the reasons behind these low figures on the whole? The reasons are many but primarily it is the prevalent patriarchal mind set where housework and childcare are still seen as the woman’s primary responsibility.

With nuclear families becoming far more commonplace in Indian cities and towns, there has certainly been an increase in male participation on the home front, but there is still a long way to go before the Indian woman receives enough support to be at par with the global employment standards. The women who choose not to compromise on the career front often struggle with practical childcare issues as well as with guilt at leaving the child behind. Leaving the child with a paid but untrained babysitter raises questions of safety of the child. The other option is taking the help of a relative, usually a grandparent, but often immediate family members might live in a different town or city, and this option might not be a long term solution for most.

Children must be taught how to think, not what to think.― Margaret Mead

This is where the new generation Early Childhood Care & Education organisations like Kidzee come in, who have revolutionised the concept of child care in India. From the moment a child is born till around 6 years of age, the amount of brain development in a child is immense. The child constantly observes and absorbs from her surroundings and the people she interacts with. This is why it is extremely important that children spend a good amount of their waking hours in a safe and intellectually stimulating environment.

Kidzee has been a pioneer in the early education space and in the decade since their establishment, their legacy has been nurturing the ‘unique potential’ of every child. They have set up this new cult of schooling for toddlers. They believe they have played a big part in the much-needed shift in the concept of schooling, from ‘teachers’ shushing an assembly line of children to ‘enablers’ shaping children into smart-thinking, dynamic, and ‘ready-for-life’ individuals. This philosophy has been compiled into a system of pedagogy called Interactive iLLUME, which is based on research done in India as well as internationally.

Pre-schooling does not and should not emphasise academic learning. Rather, the focus is on such basic but important concepts like self-reliance, peer interaction, and individual growth. The child should be allowed to approach toys and their peers as per their comfort level and thereby improve their cognitive as well as social skills.

Another contribution organisations like Kidzee make towards society is, helping women set up their own businesses by becoming franchise owners. Linda Menezes, who has her Kidzee franchise in Pune, started off way back in 2005. This was her first business venture and she took it up as she wanted to do something on her own. The reason she chose Kidzee is because she loves to be around children and enjoys the emotional wealth that comes from interacting with little children on a daily basis. She says the best thing about their curriculum is that the child is taught in the way he or she likes best as every child is unique. This feeling of having made a difference to so many, has contributed to her current happy state of mind, more than her financial success.

With over 1500 centres in over 550 cities, Kidzee has helped launch the entrepreneurial dreams of many other women. The Kidzee franchise has become a commercially viable model that is being emulated by other entrants to the field. Successful women often launch a cycle of success stories, with other women being inspired by them to do things they aspire to. Safety and balanced development of the child allows the parents to be stress free and contribute to society. Driven by their ethos of “What’s Right for the Child” (WRFC), Kidzee places the human rights of a child at a premium. The right to trust, the right to gain respect, and the right to live in an abuse-free world is what shapes their fundamental cult and ethos. This is the thought process behind iCARE, Kidzee’s initiative for prevention of child abuse whereby seminars and conventions are held to ensure safe childhood.

With this two pronged contribution, Kidzee might usher in not just new generations of confident children but also a new generation of successful Indian women entrepreneurs.

Get to know more here.