[World Environment Day] Why does a sparrow score over a tiger for this conservationist? 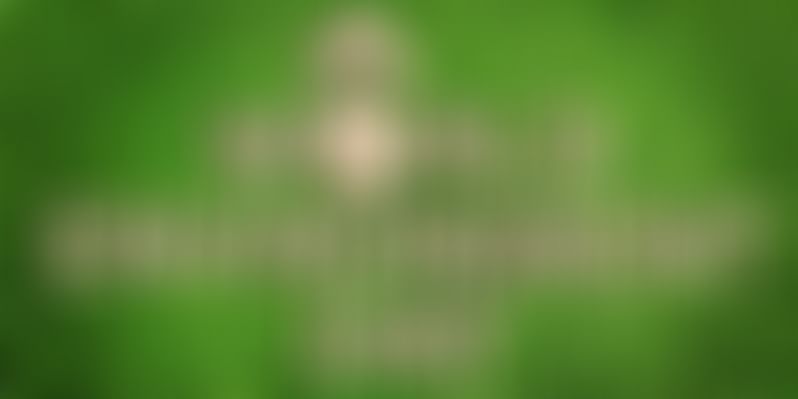 Like all superheroes, Mohammed Dilawar hides a steely resolve behind his ‘common man’ persona. His fight is against the apathy of governments and people in general towards conservation.

If Dilawar’s story were to be immortalized in a graphic novel, his superhero costume would surely include the diminutive house sparrow as his mascot. Named as one of the ‘Heroes of the Environment’ in 2008 by ‘Time’ magazine in its list of the 30 most influential environmentalists in the world, Dilawar is credited with bringing back the spotlight on the common house sparrow which is on the verge of extinction.

As Founder and President of Nature Forever Society, Dilawar has launched a lifelong battle to save not only the sparrow but also other common species of flora and fauna which are very significant to our survival.

In fact, Dilawar gave up a prestigious assignment to work with tigers in favour of the sparrow. Looking at the success he has achieved with his mission, it sounds easy today but to put it in perspective, it was like giving up an offer to join Apple in favour of your own startup that is yet to come out of your bedroom or garage.

Emotional connect must with your audience

It is eight years since Dilawar started an organized campaign to save the sparrow. What started out as a lonely run, has now transformed into an international movement. Dilawar has managed to involve many like-minded people in this marathon to save the sparrow from extinction. “The reason I think we succeeded in giving the humble sparrow a celebrity status was because people were able to emotionally connect with the bird,” says Dilawar.

Those of us who grew up in small towns must have noticed these tiny creatures twittering in our backyards pecking on spilled grains and worms. We took them for granted and never really noticed that these sparrows -- which provided a sense of wellbeing, even as they remained in the background -- had gone missing. “When people call and tell us that our nest boxes have been adopted by a sparrow to lay its eggs, it gives me a sense of euphoria that is unmatched in the whole world. By helping people connect emotionally to the cause, we ensure that they become stakeholders in conservation,” he says.

The ‘Adopt a Nest Box’ initiative by Dilawar and his team is an innovative idea not only to provide safe housing for the bird and in turn protect it, but it is a good move to raise funds. “We have distributed thousands of nest boxes throughout India. It earns us some revenue to keep our work going.”

According to Dilawar, “The sparrow is an important bio-indicator of the health of the urban environment, just the way the canary is to the mines in Europe.” The disappearance of sparrows indicates that something is seriously wrong in our habitat. In protecting them, we’ll be saving other species of flora and fauna as well.

Due to his concerted efforts with various international bodies, March 20th is designated as International World Sparrow Day. The Delhi government, in 2012, named the sparrow as the State Bird. Today, campaigning for the sparrow has become almost a fad, with many individuals and organizations jumping into the bandwagon as it were. “The 2008 ‘Time’ magazine honour changed people’s perception towards me overnight. Those who thought I was crazy were now looking at me with different eyes,” says Dilawar, remarking on human follies.

In life, we have two choices either to fall in line or fall out of it. Dilawar decided early it was not worth being in any queue. “I was always interested in small creatures that lived around me like cats, insects and birds. I thought the best way to show my love for them would be to become a vet. But numbers always scared me, and as a result I opted to graduate in zoology. I was under pressure to join the family business but I was not interested,” recalls Dilawar. He completed his post graduation in Environmental Science and Ecology from Manipal University, and returned to his hometown Nasik as a lecturer in RYK College of Science.

While there, he stumbled upon a research study of the declining population of the house sparrows in Britain. This caught his attention because he had a childhood connect with sparrows. “As a child, I would spend hours in my nani’s (grandmother) house watching them. I was also fascinated by vultures. As a lecturer, when I came across the UK study on sparrows, I also read somewhere about the declining number of vultures. I was shocked to find that there was no scientific research done to capture this trend.”

Dilawar found himself getting involved in fighting for the cause of the sparrow. “Either you curse the system and go back to doing your job, or you say that I have to do something about the problem,” says Dilawar.

After having failed to raise any money for the cause and being shown the door by organizations and government agencies, he pooled in his own resources to spread awareness about the sparrow. “Conservation is looked upon as a very elitist field where the only role of a lay person is to donate money. I wanted active participation of the people. I wanted them to believe as much as I wanted to believe that even we as common people can help in conservation.” To drive this effort, Dilawar decided to sell bird nest boxes and bird feeders, thus not only raising money but also building an active community of supporters.

“It has taken eight years of patient hard work to spread awareness about this campaign. I have had to repeatedly reinvent myself, and constantly keep the community engaged in raising the profile of the sparrow,” he reflects on his long journey. Thankfully, the hard knocks have not robbed his sense of humor. “After my engagement, when I met my fiancé’s extended family I was subjected to the usual question about my employment. At that time, I was not earning anything and was deep into my mission. Not knowing what to say, I replied ‘I chase birds’!”

Dilawar’s easy-going demeanor, has perhaps, won him half the battle. While he was conducting a survey of the abundance of the sparrow population in Bangalore International Airport, the security-in-charge deputed two armed escorts with him to avoid questions for carrying heavy camera equipment in the high-security zone. Incidentally, he calls the Bangalore airport sparrows, VIP sparrows, because, he says in jest, they have CISF security cover!

“The architecture of the Bangalore airport is flawed but it has worked in favour of the sparrows. There are a number of cavities in the structure to support the birds. Besides this, the open fields around the airport also aid the birds to thrive,” says Dilawar. Of course, not to forget the 24/7 eateries in the airport which provide them with a constant source of food. “I have seen them hopping around as early as 3 am in the morning,” says Dilawar smiling. Talk about early bird catching the worm!

With his sustained efforts, Dilawar has been able to do for sparrows what the American conservationist Edward Osborne ‘E. O.’ Wilson does for ants. However, brushing such comparisons aside, Dilawar says, “The success of our efforts can only be measured when more people come forward to take up the cause of other common species and help in spreading awareness about its conservation.”

“If you believe in the cause, you can move mountains,” is Dilawar’s philosophy. He appreciates the support of the early adopters of the campaign and says they are now like his family who play an active role in the conservation efforts. His own family, meanwhile, has not only accepted his work but they also pitch in whenever they can.

For Dilawar though the fight continues; after all there is no stopping a superhero, is there?

You can help Dilawar in his quest to protect the sparrows by reaching out to him on his facebook page.