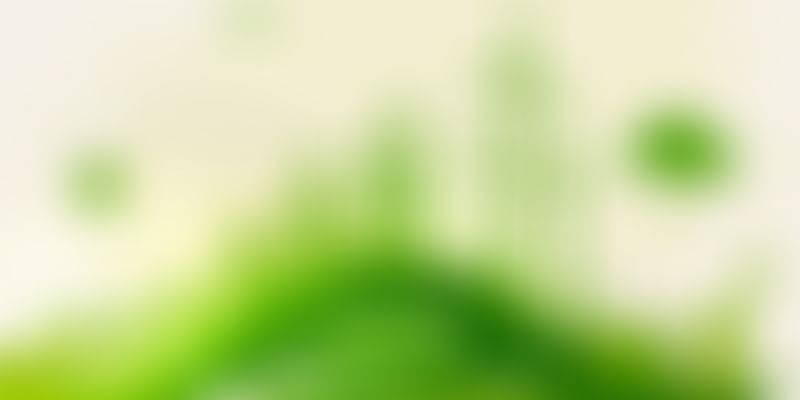 On the eve of World Environment Day, Navy today said it has taken several initiatives to promote green and a sustainable life style at Naval Base of Southern Naval Command in Kochi.

“Battery operated environment friendly trucks, cycles, motor cycles and forklifts are being used in naval premises for transportation of men and material. This has reduced air pollution and wastage of fuel. Aero generators, Solar and Wind hybrid power generation systems are installed at some units as part of sustainable source of clean energy”, Navy said in a release here.

Naturally powered ventilators, solar water heaters and street lights at various units have reduced the consumption of electricity. Biogas plants from kitchen waste and organic materials have been installed in Naval Repair yards and Materials Organisation, it said. Navy said on the World Environment Day the entire Naval Community at Kochi will participate in a mass shramdhan in naval areas to contribute in the efforts for a cleaner and greener environment.

More than three thousand fruit bearing and shade providing trees have been planted under various cleanliness drive carried out so far. Scrap/waste paper are being used as packing materials for transportation of machinery parts, it said. Essay writing competitions, poster making and slogan writing competitions aimed at generating awareness on green environment are also being conducted, it added.

On the occasion of World Environment Day, Navy today set itself a goal of reducing paper consumption at all its establishments by 10 per cent this year while the Army planted one lakh saplings in Kumaon hills in record 19 minutes. According to a statement by Navy, a naval establishment has achieved a 30 per cent reduction in the use of paper by leveraging technology for automation in office work. “The Navy has now set upon itself a goal of 10 per cent reduction of paper consumption in all its establishments this year,” a statement by the Navy said.

Similarly, with the use of energy efficient electrical appliances, increased usage of renewable energy sources such as wind and solar and sensitisation of its large workforce, 10 per cent reduction in daily power consumption was achieved, which is now planned to be translated to a 3-5 per cent reduction in overall annual power consumption, it added. Meanwhile, keeping the tradition of celebrating World Environment Day, 130 Infantry Battalion of Territorial Army Eco KUMAON and Kokuyo Camlin Ltd organised ‘Camlin Green India Challenge – 2015’, an initiative of planting trees to conserve the environment.

With the degradation of the environment on the rampage, Ecological Territorial Army units were raised to counter the deforestation within our country. The above mentioned unit has afforested an area of over 15000 hectares by planting 160 lakhs of saplings and boosts of a survival rate of over 65 per cent, an Army statement said. “On this day one lakh saplings of 13 local varieties were planted in (Uttarakhand) with the help of 6,000 school children, over 900 civil and military dignitaries in a record time of 19 minutes,” it added.

Concerned over environment, Railways will promote in a big way the use of alternative fuels like bio-diesel for its fleet of diesel locomotives. “We are the single largest bulk consumer of diesel in the country and will be using bio-diesel up to 5 per cent of the total fuel consumption in diesel locomotives,” Railway Minister Suresh Prabhu said at a seminar on the World Environment Day. “Besides bio-fuel, solar energy will also be harnessed in a big way. Our aim is to reduce the carbon footprint and we are taking a series of steps in this direction,” he said.

Railways energy bill is about Rs 30,000 cr in a year out of which diesel costs is about Rs 18,000 as the public transporter consumes over 2 billion litres of diesel every year. Currently bio-diesel costs Rs 7 less per litre than diesel. While Railways buys diesel at Rs 59 per litre, bio-diesel is Rs 52. Therefore, even a small reduction in fuel consumption through blending with bio-diesel is expected to result in a substantial savings for the Railways in the fuel bill as well as lower carbon emission.

Prabhu said Railways will also carry out an energy audit and water audit to reduce its consumption. Water crisis is a big issue and we will be doing water audit in eight water-stressed states – Madhya Pradesh, Jharkhand, Uttar Pradesh, Maharashtra, Andhra, Bihar, Rajasthan and Tamil Nadu, he said. There will be water reclycling plants at stations of these states among other steps to manage water crisis, he said. Prabhu said all new railway buildings will be constructed as green buildings with provision of plenty of natural light, solar panels, and water conservation system among others. It is our endeavour to address the environment issue so that it is protected in the country, he said.

East Coast Railway has also taken a major step towards conservation of energy and reducing green house effect by way of installing two solar power systems of 50 KWP capacity each by utilizing the roof space of its Zonal headquarter building at Rail Sadan in Bhubaneswar.

According to PTI, General Manager, ECoR Rajiv Vishnoi, laid the foundation stone for the solar power system at Rail Sadan on the occasion of the World Environment Day. The solar power system is likely to be commissioned early and will accrue a saving of 400 units of electricity every day, he said.

The foundation design can withstand wind-speed of up to 200 kmph. The entire structure is spread over a floor area of 15,000 square feet and 435 individual solar panels will be used in this system, railway sources said.

Air India marks the World Environment Day on the theme of ‘Swachh Bharat’ and its employees observes it by not using cars and plastic on the occasion. Air India, which is always committed to the cause of a green World, will continue to carry out a series of environment protection initiatives this year too with the active participation of Air Indians with a mission to clean their surroundings and environment, a release said.

Employees observed ‘No Cars Day’ by leaving their cars at home and used public transport system. Besides, Air Indians observed a ‘No Plastics Day’ by not only desisting to use plastic bags which pose health and environment hazards but also dissuade others from using such bags.

The airline’s Chairman and Managing Director Rohit Nandan has also appealed to his around 23,000-odd employees to “join hands and switch off non-essential lights in Air India buildings, offices and homes between 8.30 pm to 9.30 pm to support the unique movement of energy conservation to save the Earth, the release said. “Let us all hold our hands and move forward in the right direction to conserve nature and pass on the benefits to our next generation,” Nanadan said.

Delhi’s Maurice Nagar police station will go green starting this World Environment Day with installation of biodegradable toilets, LED lights, 5-star rated electrical equipment and a dose of medieval Indian techniques aiming at bringing the carbon footprint down to zero. A unique blend of modern technology and ancient practices used in palaces of Orcha in MP and Jaisalmer in Rajasthan, the ‘green’ police station is going to be the first of its kind in the country.

“Keeping this objective in mind (bringing carbon footprint down to zero), conventional bulbs were replaced by LED lights and 5-star rated fans. Biodegradable toilets sourced from Wockhardt Foundation have been installed which have least consumption of water and uses solar energy for illumination,” Deputy Commissioner of Police (North) Madhur Verma told PTI.

Invented and certified by DRDO and endorsed by the Government of India, these toilets decompose solid waste into water and biogas which can be used for gardening. The project being supervised by Additional DCP (North) Brijendra Kumar Yadav has also taken inspiration from ancient cooling mechanisms used in medieval palaces to beat the scorching heat of the Indian summer.

“We have placed pieces of broken porous earthen pots at the terrace to produce a cooling effect by using latent heat of evaporation. A sprinkler has been installed which sprays water on the pots. When this water will evaporate, it will reduce heat inside the police station and the need to use coolers and fans will not be felt,” said Verma.

According to experts, 22.5 litre water that evaporates from an earthen pot is equal to the cooling effect of a 3.5 ton AC run for an hour. Using another ancient technique, the earthen pots were painted with lime to increase ‘albedo effect’ (white colour reflects solar radiation and reduces heat absorption). A species of palm tree, usually found in rainforests, have also been planted in the compound to reduce carbon emission.

“The entire stationery used at Maurice Nagar Police Station will be made of recycled paper which would further decrease the overall carbon footprint and make the place completely environmentally friendly. For this purpose, we have got unique graffitti messages painted on the walls to raise awareness for conservation of environment among the youth at the university,” Verma said.

The authorities also want Maurice Nagar police station located in the heart of Delhi University’s north campus to be a source of environmental awareness among the youth studying there.

35+ startups working to better the environment because nobody else does