The Kingmaker and the Ideas Queen 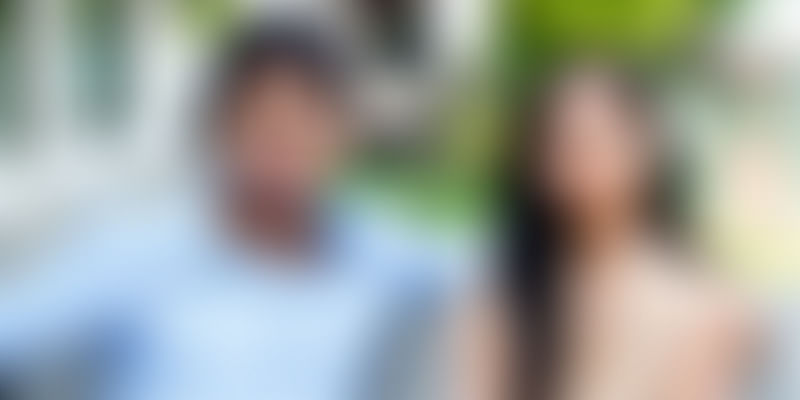 When Anurag Srivastava landed in Singapore in 1993, all he had was a job in hand, $50 in his pocket and a desire to be a chief executive officer by the age of 40. When his new bride Shagufta Anurag joined him in Singapore six years later, all she wanted was to find her place in the city-state’s design industry.

Today the duo run Space Matrix, a 14-year-old architecture and design firm, which is targeting around $100 million in revenue this year. In 2012, Anurag co-founded venture capital firm, Jungle Ventures, which earlier this month got Ratan Tata on board as a special advisor. Shagufta has gone on to co-found Bengaluru-based online interior design and furniture firm LivSpace, which raised Rs 29 crore in venture funding in 2014. Nine months ago Shagufta launched yet another venture, this time a food tech company Hao Chii in London.

In the two decades since lady luck led Anurag and Shagufta to meet at Bengaluru’s iconic Windsor Manor Hotel, the couple have successfully built companies from the ground up and are raring to build more.

Apart from getting Space Matrix to the revenue milestone of $100 million this year, Anurag and Shagufta are on the lookout to acquire an architecture firm in China. Anurag, who has been the CEO of Space Matrix since 2006, is also on the lookout for two CEOs—one for the workspaces focused Space Matrix and the other for the hospitality arm BLINK Design. Anurag’s Jungle Ventures is also in the process of raising its second fund. The venture firm has invested in 30 companies through its first fund.

All in all, this year is turning out to be a pivotal one for the duo. It’s hardly surprising then that YourStory caught them in a reflective mood.

Playing to their strengths

The couple attributes their success to their complementary skill sets. Shagufta, 44, calls Anurag the kingmaker—a person who can identify entrepreneurs with great ideas and mentor them to success.

I am very good at the startup stage and thrive on the chaos and the energy, but when the idea scales to a certain point I turn to Anurag; that’s his comfort zone,” says Shagufta, Space Matrix’s Chief Design Officer.

Anurag, 49, calls Shagufta his very own Steve Jobs. “She never ceases to surprise me with her ideas,” he says. “I realised early on that I would not get a (startup) idea of my own. I can be a co-founder, not the founder.

This symbiotic partnership is exemplified in Space Matrix. Shagufta, who was running the India business of a Dubai-based design firm, had to start at the very bottom when she moved to Singapore. Within a year she came up with the idea of Space Matrix and with a seed capital of SG $ 5,000 launched the company. Anurag was then Vice President at technology firm PTC.

By 2006, the firm was earning around $4 million in revenue and had expanded to Bangkok, Bengaluru and Hyderabad. Anurag had moved to London to take on the role of VP at software firm Endeca, which was later acquired by Oracle. However, being in two continents was not something the couple wanted and Anurag had begun thinking of what next. He decided to help Shagufta find a CEO for Space Matrix as she wanted to focus on design and innovation and not on functions like finance and human resources. But Anurag ended up becoming the firm’s CEO.

That decision has paid off. The company has made multiple acquisitions since and has scaled to encompass workplace architecture, interior design and hotel design.

Working with other entrepreneurs

His Space Matrix experience made Anurag realise that he could help other entrepreneurs who needed support with scaling up. Starting as an angel investor, Anurag eventually co-founded venture firm Jungle Ventures in 2012 with friend Amit Anand.

With Space Matrix set to get a new CEO this year, Anurag plans to focus on fostering entrepreneurship.

I will become jobless this year,” says Anurag, 49, in jest, on his plan to step down as CEO of Space Matrix and BLINK. “I want to work with entrepreneurs where we can solve a big problem.”

Anurag, an IIT-Kanpur alumnus, is planning to do this through Jungle, which he wants to build into a multi-platform VC firm.

Ashish Gupta, Managing Director at venture firm Helion Advisors, says it is Anurag’s entrepreneurial experience that sets him apart from other investors. “He is first and foremost an entrepreneur and as a result deeply empathetic to other entrepreneurs,” says Ashish, who was Anurag’s friend in IIT-Kanpur and is a fund advisor of Jungle.

While Shagufta, an architecture graduate from BMS College of Engineering in Bengaluru, is still very involved with the design process at Space Matrix, she has launched two more ventures. LivSpace, in Bengaluru, is an online interior design and furniture company. Helion and Jungle are the investors. Anurag has stayed away from day-to-day operations of LivSpace due to his role in Jungle. Even here Shagufta, who calls herself a passionate daydreamer, focuses on the design and innovation pieces.

Her thinking process is very evolved and allows her to quickly find the right balance in hard decisions. There are very few people in Asia with her depth of experience in interior design,” says Helion’s Ashish.

Shagufta has also launched Hao Chii, a London-based food tech firm, which Anurag is now helping to scale. She is working on two more ideas—a child safety focused mobile app and a skill-building startup. Anurag is spending more time on his year-old non-profit, Billion Bricks, which is trying to provide solutions for the homeless.

With so much on their plate, how do the two, who are parents to two school-going sons, manage time? Shagufta says she focuses only on work and family and so doesn’t feel the stretch. “Anurag does not sleep,” says Shagufta.

No wonder then that Anurag’s current goal is to find out how to relax. And Shagufta’s dream? To own an auto-rickshaw—her favourite mode of transport.