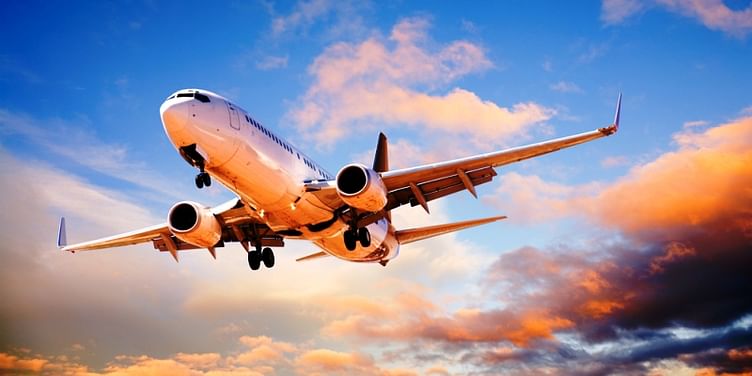 On the heels of tying up with Tatas for an aerospace manufacturing joint venture and two other supply contracts since January, Boeing Corporation said it is keen to pick up equity in more companies in the sector but cited the cap on FDI as the biggest put-downer.

"We are keen to invest more here in the manufacturing sector. We are looking at picking up equity in more companies in the aerospace area as our business philosophy is to co-create and help innovation," Boeing India president Pratyush Kumar said in Mumbai over the weekend.

While last week Boeing inked a JV agreement with the Tatas, in February, it had roped in Bharat Forge and Dynamite Technologies as contractors for supplying critical components.

Stating that the company is keen to manufacture here, but for the 26 per cent cap in foreign direct investment in the sector, he said, "If the rules change we are keen to enter. But even with the current cap, we are keen to partner with companies here." Kumar was talking to reporters on the sidelines of a function to launch the Advanced Machining Excellence Cell (AMEC) at IIT Bombay's National Centre for Aerospace Innovation and Research (NCAIR).

The AMEC, inaugurated by Boeing Research & Technology vice-president Greg Hyslop, will help create a world-class aerospace manufacturing ecosystem in the country. The NCAIR was established at the IIT Bombay in 2010 as a joint collaboration between IIT-B and Department of Science and Technology.

It has eight partners now with IIT-B, DST, Boeing, Hindustan Aeronautics and National Aerospace Lab as founding partners and DMG Mori of Japan, Delcam of Germany, and Sandvik as industry partners.

Boeing works as a consortium between aerospace industries and IIT-B. When asked whether Boeing is in talks with some companies and also with the government, Kumar said they have not started exploring the options but repeated that the company is keen to do so.

It can be noted that on July 15, Boeing and Tata Advanced Systems announced a strategic aerospace partnership to co-produce aerostructures and collaborate on integrated systems development opportunities, including unmanned aerial vehicles. Under the agreement, Boeing and TAS intend to access markets jointly for products and platforms developed together and is already on contract to manufacture aerostructures for Boeing's CH-47 Chinook and AH-6i helicopters.

Boeing already sources components from TAS, as well as from other Tata group companies like Tata Advanced Materials and Tata Manufacturing Solutions, apart from Bharat Forge, Dynamatic Technologies for Chinook aerostructures since February this year among others. Boeing's defence related ties with the country dates back to the 1940s when the Air Force enlisted two Boeing aircraft, while its civil/commercial aviation ties goes back to over 75 years.

On its relationship with the NCAIR, Hyslop said the centre is very important for his company as they have been in the forefront of innovation and help others innovate. "Boeing is focused on delivering value to its customers here with its advanced technologies and performance driven aircraft underscored by life-cycle support services," he said.

He added, "We're also committed to creating sustainable value in the Indian aerospace sector by developing local suppliers, pursuing business partnerships and shaping research and technical collaborations with companies and institutions here." Hyslop said the company is already working with all the five top IITs under its university relationship programmne apart from the Indian Institute of Science in Bangalore.

He said Boeing has just opened a new space at the R&D centre in Bangalore, which employs over 300 engineers and will be adding 150 more going forward. It also has two subsidiaries in the country - CDG, an engineering services company dedicated to providing strategic solutions for organisations that develop, support, and maintains complex equipment; and Jeppesen, which is a subsidiary of Boeing Commercial Aviation Services.