What does it take to build a Social Enterprise? 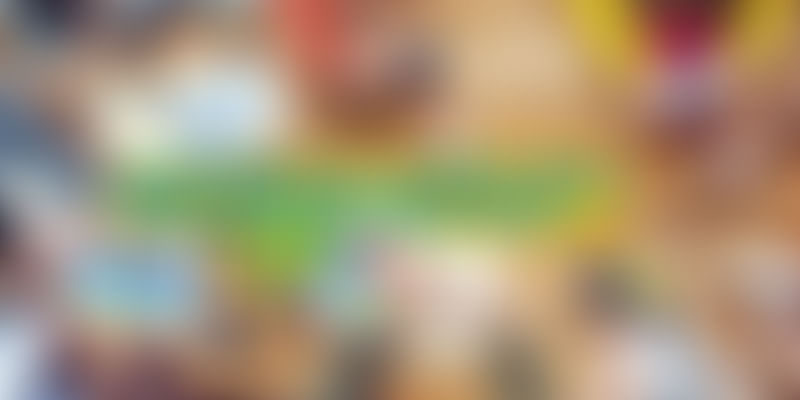 Jacob Mathew’s interest in social enterprise started with creating cross-subsidization business plans for social enterprises, when he enrolled with the Dasra Social Impact programme. In 2005, he set up Idiom Design and Consulting, a business design firm based in Bangalore. His interaction with social enterprises began when Idiom designed Mother Earth, started by Neelam Chhibber, his wife. By 2009, he had quit Idiom to exclusively work with social enterprises. SpringHealth was one of the first ones Jacob worked with to put his experience with Idiom into practice, and eventually became a board member.

The cross-subsidization Jacob speaks about is basically the act of subsidizing a social enterprise with mainstream business revenues. However, Europe’s 2008 financial crisis had hit India by 2010, and the subsidization model was no longer viable. Jacob says, “I also discovered there wasn’t much funding for incubation either. There was funding available for organisations only if they had a business proposition.” That’s when he realised that design gave social enterprises a competitive edge. “It acts as a business accelerator,” he says.

Jacob says social enterprises cannot hope to tackle large scale problems or compete if they don’t have a sustainable business plan. Traditional businesses have moved from having a single financial bottom line to also include an environmental one. However, social enterprises need to look at a quadruple bottom line: financial, environmental, social and cultural sustainability. Jacob explains, “Social sustainability is really about equitable distribution of resources for complex social impact problems. But what about things like community, culture, tradition and social cohesiveness that also impact business?” He gives the example of a city like Bangalore, where planning and maintenance is difficult – drivers don’t follow traffic regulations or vehicles are not road-worthy or littering is common. “The culture of a community and its level of belongingness affect how well it succeeds.” The same applies to the environment within a social enterprise. The mistakes that enterprises make are usually the same – whether social or commercial. “Perhaps, the most important tenet too keep in mind when you design an organisation is that you need to design the culture of the organisation – not just the business needs and work-flows. You need to develop the mindsets of the people who have undertaken the work.”

Business models cannot be set in stone. What works at one level of application, does not work when the stakes rise. When the geography of the operations changes, everything changes, and enterprises not only need to pivot, but its workers, too, need to be ready for adaptation. “Design thinking brings in flexibility. You do multiple experiments and simulations, but not all of them translate into reality when you are dealing with real communities. You adapt, and do rough and dirty experiments, to learn quickly, especially in this startup age,” says Jacob.

According to Jacob, organisations go through an important cycle of creation, preservation, destruction and recycling. Once they pass the startup stage, they begin to develop processes and systems that will sustain them. However, it’s the third stage – destruction – that’s most crucial. Jacob says, “This needs to be done continually – creating new things in place of old things. While you may have done a major pivot at the beginning of the startup journey, there are a lot of smaller pivots that you continually have to do. If you are sensitive to the environment you are operating in, you will be able to forecast the future, or at least create barriers to the future so that you are not blindsided.”

Jacob believes that this is what happened with Amazon Books, Napster and, now, it will happen with 3D printing. None of the technological shifts happened overnight – yet, both the music and publishing industry were blindsided by the change, and resisted it. “Changes don’t come out of nowhere. That’s where trying out new things becomes important; and with it, the notion of rapid prototyping based on new trends. This sort of experimenting is crucial for the survival of social companies,” says Jacob.

“Even with social enterprises, if you have not designed the model to be replicable and scalable, it is less likely to survive. I would disagree with those who think that ‘social enterprises designed to scale’ is just a trend,” adds Jacob.

The reality is that large scale problems that affect millions of lives cannot be solved with just grants and charities. If you want a faster pace of development that can be sustained, replicated, and scaled, you need to be business orientated about the problems you are solving. “Replicability can also happen outside an organisation. If you look at India, you have a big corporation like Amul that dominates the dairy business. You also have a host of regional milk units. But with most of them, it’s the Amul model that gets replicated.”

In the end, Jacob lists three important factors for social enterprises to consider before creating their business plans:

Sustainability to ensure that your organisation is not just a ‘green’ business, but is developed to take technological, cultural and social constraints, and changes, into consideration. It’s not enough to look for a problem around which to build a business, but to be sensitive to the developments and community culture around you. For example, if you are in the business of selling affordable water purifiers for thousands, what happens to your enterprise when cheaper and more efficient means of water desalination and treatment are put in place to impact millions?

Scalability to ensure your business has the wherewithal to move its geographic headquarters to deliver products and services to a larger population – for larger impact.

And, replicability to ensure that your enterprise can be exported to different regions across India, where language, law, culture and socio-economic conditions vary.