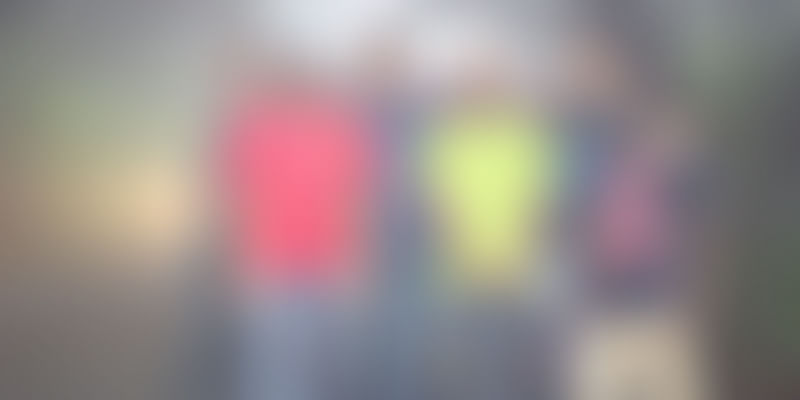 Many among us have ideas which continue to remain abstract concepts. We never get to a stage where our ideas turn into tangible modules for execution. Even as we think things through, we can never find a perfect framework that allows us to view an idea from multiple, comprehensive perspectives. We somehow get warped into the ‘ideation coma’ zone. An entrepreneur with the next big idea, a marketing executive who has snatches of inspiration but cannot tie them all into a coherent story, a designer who knows the big picture but needs to hash out the little details – we all have been there at some point.

Enter germ.io – a tool that aims to turn your ideas into actionable project plans. Germ.io’s USP is its unique way of looking at project management by shifting the focus away from the traditional ‘task management’ approach, and instead putting the spotlight on ‘ideas’ and getting them to the execution stage.

What makes it different?

Companies are rapidly changing the way they function. Evolving platforms such as Slack and Snapchat are being rapidly adopted by businesses for revolutionizing the way people get things done in enterprises implying the immense scope for innovation in the space.

The team at Germ.io tried out various platforms providing project management tools, including ASANA and Trello, only to realize that project management was considered on a task-by-task basis by all applications. Concluding that a more organic approach to project management was needed, the team worked hard to concretize the ideation process that we all undergo in order to come up with innovative solutions. Rather than delegating duties, one had to find a way to align ideas online among all team members. Thus Germ.io was designed to do the following –

Germ.io is released in stages. Since the beginning of its development last year in March, it has released its core features to all its dedicated users, a base that has grown to over 6,000 this year.

The people and the concept behind Germ.io

The product is currently powered by a six-member team based in Bengaluru. Vikram Bhaskaran, Gautam Shankar and Subramaniam Balasubramaniam form the founding team of the venture, had started their own ideation process back in January 2014. Vikram headed marketing at Freshdesk where he met Gautam (who completed a little over a year at Freshdesk and had also built a sophisticated power plant automation system after graduating in engineering) and Subramaniam Balasubramaniam (was in-charge of the development of voiceover telephony at Freshdesk and also a winner of a Hackathon).

Having excellent developers was critical to Germ.io since the team was trying to break down ideas in the most natural way possible. The current UI that Germ.io uses is extremely intuitive, fluid and follows a ‘paper design’ interface. It is designed to mimic working on paper as each new ‘card’ helps the user dig deeper into the project plan to sketch the small details. One can sift through the various ‘cards’ to understand the entire thought process and the structure of the idea. Representing hierarchical data in a format that was familiar and natural was a challenge for the team until they found a breakthrough using the paper-based interface. In fact, the team stuck paper onto cereal boxes to model a person’s thought process and bridge the physical experience of working on paper with software.

The web-based application is backed by a ruby-on-rails server and includes independently scalable API. Its two-tiered architecture enables a speed of operation that feels similar to working on a desktop application.

The Germ.io team made a conscious decision to adopt a ‘deploy-as-we-build’ approach (the team calls it the Omega approach) where core features are released to the user on the go. The product has been developed for the last 1.5 years, with the final execution piece released this January.

The application, packed with ready to use templates that include startup ideation kits, outlines to design marketing campaigns and problem statements. These serve as basic blue prints for growth hackers, marketers or for new startups to hit the ground running. For example, entrepreneurs can get started working on the problem statement and competitor analysis and they can define their product and feature strategies within the first hour of usage through the templates. The team is working on adding more templates with rich features including planning roadmaps.

Releasing core modules bit by bit has helped Germ.io to receive real time feedback from its base of users. Thus the product has turned out to be robust and useful to its consumers. The platform even has users in the US, Spain, UK, Australia, Sweden and Turkey besides those in India. Three Fortune 500 companies are part of the list. Nearly 6 startups have the Germ.io platform to thank for their inception. Marketers and product managers use the platform for conceptualizing ideas and communicating them with teams. Currently the product is free, and the team is yet to finalize on a revenue model. They plan to release the beta version in a few months.