“In pursuit of bringing light in the lives of our artisans, I named it Lal10 (lalten)” - Maneet Gohil 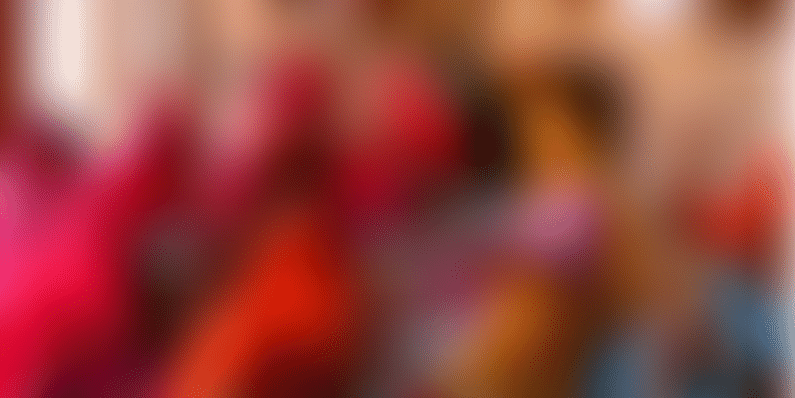 Maneet Gohil’s love for travelling and interacting with people led him to co-found ‘Lal10’, an e-commerce portal for niche handloom, handicraft and indigenous food products from different states and regions of our country.

“I was travelling to Uttar Pradesh and happened to visit a small village of 80 families called Pata in the District of Auraiya. The villagers (mostly women) were making products made out of very high quality handmade paper. They were trained in doing so with the help of an NGO. I felt that the biggest challenge was the marketing of these products even though they were selling them at dirt cheap rates.”

Maneet got home and his research led him to find that the Indian Handicraft and Handloom sector is the backbone of the non-farm rural community which as per the government count is 7 million (200 million unofficial count). His travel diaries continued to be peppered with similar experiences in the villages of Maharashtra, Assam, Arunachal Pradesh and Karnataka. Maneet realized the dire need to bring out the cultural heritage and in turn protect the indigenous art forms from dying a premature death and also provide a stable source of income to the artisans.

Joining him as the co-founder in this venture is Syed, who tells us what about Lal10 excites him.

Lal10 has the audacious idea of bridging the gap between rural artisan and the urban customer. This invariably involves solving the problems of long distance logistics, identification of authenticity, maintaining of quality and repeatability and above all playing a part in rich, diverse and beautiful Indian art that is admired all over the world. The challenges involved and that too in a field that is so colorful made me join Maneet.

The name and more

How Lal10 got its name is a very interesting story in itself. Maneet’s travel escapades took him to villages across the country and the only common thing that was conspicuous was the lack of power and the string of oil lanterns in every village. Lal10 pronounced as ‘Lalten’, is what a lantern is called colloquially. Maneet’s travels also shed light on how enthusiastic the womenfolk were in providing a better life for their children despite some of them facing abuse. Maneet adds, “In pursuit of bringing light in the lives of our artisans, I named it Lal10.”

Lal10 has a student community that researches products and vendors across various regions and reaches out. This is how their inventory continues to grow. The students also take photographs and video interviews of artisans, which are put on social media for marketing. “It is also important to let the customer know where their product has come from and in what all circumstances it was made by the artisans.”

A group of student employees from NIFT bring in the design aesthetic and make products look even better on the portal. Sourcing is generally managed by their student community that is spread across the country, the artisans and their logistics partners.

Syed talks about the impact from two perspectives, one from the point of view of the artisans and the other, of the customers.

Freeing rural artisans of the fetters of everyday survival struggle

“This venture made me realize that the very act of fighting for survival takes so much time of their lives that very little remains for them to contemplate growth or to plan future. Opportunity like Lal10, though very small as of now, has helped them organize themselves and has exposed them to a constant stream of customers.” Lal10 is helping them earn a stable source of income and freeing them of the fetters of day to day survival struggle.

Back to being aboriginal

“There is a revived interest in artifacts of India and people are ready to experiment their looks with ethnic clothing, cane and terracotta jewelry. People now want to give a ‘desi’ look to their homes.” Syed adds, “The biggest problem the customers face is the non-availability of reliable and good quality products. Lal10, is providing them the necessary single window to get the products at their doorstep.”

Early into the business, Maneet realized that he would not be able to bring the artisans onboard just by himself. Not one with deep pockets, Maneet reached out to b-schools and engineering institutes in search of employees and partners. Lal10 now has 28 students from various IITs, NITs, IMTs and IIMs. “They help us in growing the artisan base, content and design part for our company.”

Lal10 gets about 1000 visits on their website every day with successful checkouts standing at 4% to 5%. They are entirely bootstrapped and are an entirely profit making entity. They did struggle during Lal10’s nascent stage but they have now been leveraging high margins from this sector and are beating their competition with authentic products and cheaper pricing. To generate easy cash flow, they have recently entered the B2B space (Business to Business) with corporate gifting. Maneet adds, “We have bagged a contract of 6000 products per month and now very aggressively focusing on B2B as well.” Neither do they have any government funding nor are they backed by any VC. “We would be seeking support from them in the coming times.”

The duo says that they face challenges at every step – from product sourcing to artisan payments to logistics. They are trying to implement solutions to overcome the challenges in this unorganized sector but the funds are limited. Once they have more funds, they plan to map one state at a time and bring majority of the artisan population onboard. “We have been studying, observing and working in this sector since one and a half years now and have a fair idea about the problems and solutions to be taken care of.”

This young duo dreams of bringing the entire 7 million artisan population of the country and showcase their art to the world. Their aim is to generate profits that trickle down to the one who deserves them the most – the artisans. Most of them are leaving their traditional art forms and fleeing to urban cities for odd jobs. Maneet adds, “With our supply chain and technical acumen we want to make this fragmented and unorganized sector, and convert it into an organized one. I wish a future for our company where it becomes as big as any other big e-commerce player in the market.” Syed quips, “And the involvement should not be just that of selling and purchasing rather it should be a place where people should spend their time simply admiring the magic of craft. The art connoisseurs should be able to narrate as well as read about significance and legend behind each art form and should be able to patronize, not just purchase the present forms of these legends.”

On a parting note, Maneet shares an anecdote.

I recollect meeting an artist from a village near Ranchi in Jharkhand. He was really passionate to work with us and has now become the force behind our bulk B2B corporate gifting order and is now providing employment to almost half of the village houses. He has transformed from a vendor who used to sell his products to middle men at no cost in Ranchi, to someone who gets the right value for his products for himself and all his fellow artisans in the entire village.