[Photo Sparks] Thinking out of the box: a global tour of musical creativity 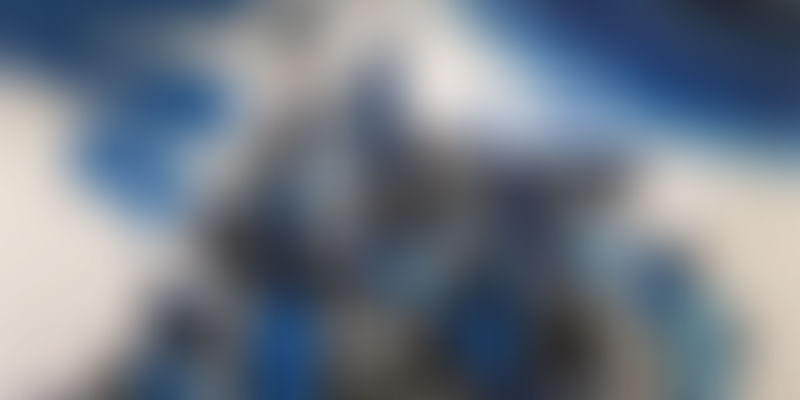 PhotoSparks is a weekly feature from YourStory, with photographs that celebrate the spirit of creativity and innovation. In this photo essay, we explore the musical brilliance showcased at the annual Montreal International Jazz Festival!

Ranked as one of the world’s largest jazz festivals, the Festival International de Jazz de Montréal (FIJM) has been a magnet for fans of jazz and world music for more than three decades. Music (and jazz in particular) is a great source of inspiration for all – and has lots of lessons to offer innovators in terms of thinking out of the box, collaboration, improvisation and fusion.

Join us in this photo tour of some of the creative highlights of FIJM 2015 (see also my photo highlights of the Java Jazz 2015 Festival in Jakarta and compilation of 130 inspiring quotes on creativity and jazz). Now what new ideas can you fuse and improvise for your own innovations?

Creative City: For ten days, over 3,000 musicians from 30+ countries perform across 15 concert halls and eight outdoor stages in the city (see my earlier photo essay on Montreal: Art, startups and communities). The heart of the downtown area is converted into a music zone off-limits to car traffic. Sponsors of the festival include Bell Canada, and this poster was displayed in one of the seminar halls during the Summer School of Creativity.

Fusion – Indo-Jazz: Paul des Lauriers and Anwar Khurshid played a brilliant fusion set of jazz, blues and Indian classical music. Guitarist Paul is a staple part of the Quebec blues scene, and won the Maple Blues Awards in 2014. He produced the album ‘Enter The Gate’ with sitarist Anwar Khurshid. The group won the ‘Best In Festival’ award at the Tremblant International Blues Festival in 2013. Khurshid cites Ustad Nasiruddin, Ustad Vilayat Khan and Ustad Amir Khan as his prime influences.

Caribbean Jazz: Haitian-born Montreal singer-pianist Marie Christine studied under Gregory Charles, a Motown star. She has spent her entire life immersed in music, and learned piano from her childhood years. Her music has been recorded in the Bahamas, Canada, Spain and Sweden. Her Caribbean charm and soul-funk groove were on full display at FIJM.

Fusion -Afro-Peruvian: The pioneering Afro-Peruvian sound system Novalima is on tour promoting their new album, ‘Planetario.’ Started by four friends from Lima with a common passion for traditional Afro-Peruvian music and global DJ culture, Novalima bridges heritage and new sound. They are a vibrant symbol of the power of creativity from breaking geographical and cultural boundaries in communities, though they have been marginalised and dislocated during cruel twists of history.

Creativity and Conflict: “Post-Mandela, the road is still so long,” said the band Freshly Ground from South Africa. During the brutal apartheid years in South Africa, artistic collaboration between musicians of different races came under severe pressure. The group Freshly Ground, from Capetown also has musicians from Mozambique and Zimbabwe. Vocalist Zolani Mahola anchors the band’s heady mix of groove, jazz and African sound, and continually reminds the audience to preserve the freedoms that many take for granted.

Batman Lives! It look as if he is wearing a Batman Belt, but Canadian harmonica wizard Guy Bélanger always makes sure he has a wide array of instruments when he is on stage! He acknowledges Muddy Waters, Koko Taylor, and James Cotton as influences, and is now a star in his own right. He has also recorded TV and movie scores, and was recognised as the Harmonica Player of the Year 2014 at the Maple Blues Awards.

Dynamic Duo: What can two musicians do on stage with just two acoustic guitars? A heck of a lot, as Mexican duo Rodrigo y Gabriela (Rodrigo and Gabriela) showed at FIJM! Their style blends genres like nuevo flamenco, rock and even heavy metal, with the guitar body itself serving as percussion instrument. They asked the audience to join them on stage, and dozens of fans gladly obliged. They have also collaborated on the soundtrack of ‘Pirates of the Caribbean.’

Piano Genius: Grammy-nominated Vijay Iyer is an award-winning jazz pianist and composer based in New York. He has won the MacArthur ‘genius’ fellowship, Doris Duke Performing Artist Award, and Pianist of the Year and Artist of the Year awards by magazines such as JazzTimes. Born to parents from Tamil Nadu who settled in the US, Iyer also won the India Abroad Publisher’s Special Award for Excellence. He has a Ph.D. in music from the University of California, Berkeley and has published a number of scholarly articles. At FIJM, his set included a dedication to his friend Prashant Bhargava, for whose film (‘Radhe Radhe: Rites of Holi’) he composed the music.

Young Blood Brass: Youngblood Brass Band is a youthful group mashing up the classic New Orleans brass sound with punk and hip-hop. The ten-member ensemble includes Nat McIntosh on the sousaphone, related to the tuba. The massive instrument is designed so that it wraps around the body of the musician - and though it looked heavy, McIntosh was prancing and swaying around the stage to the foot-stomping grooves during two sets of an hour each.

Songs of Struggle: Vocalist-composer Somi has a ground-breaking new album in ‘The Lagos Music Salon.’ The Africanist singer blends jazz and soul with her own African roots. The tracks on her album include Afro-pop grooves reminiscent of the late great Nigerian activist and musician Fela Kuti. Other tracks also decry widespread pollution in Africa, and feature sound clips from protests and rallies. She cites South African trumpet legend Hugh Masakela as an influence.

Fusion – Arabic-Jazz: Meet oud maestro Rabih Abou-Khalil, who grew up in Beirut and moved to Munich in the 1970s during Lebanon’s protracted civil war. He studied oud and flute, and plays a unique blend of traditional Arab music with jazz and Western classical music. For decades, his creativity has set him apart from a range of other artistes in this genre. His sets at FIJM drew two rousing encores.

Flamenco and Fire: Nothing compares to the thunder, sensuality and crescendo of a flamenco performance, particularly with dance and music seamlessly blended together. Led by Luis de la Carrasca, the Compagnie Flamenco Vivo showcased the Andalusian art form with artistes from Spain and Southern France. The FIJM lineup included José Luis Dominguez on guitar, Kadú Gomez on cajón and percussion, and dancers Ana Pérez and Kuky Santiago.

Neo-Soul: Erykah Badu is regarded as one of the queens of neo-soul, and played to a packed hall with her jazz-and-soul-tinged melodies. Her album ‘Baduizm’ is a triple-platinum Grammy-winner. “The only thing I know to do as an artist is to be honest and brave,” she said in an interview after her performance.

You have to begin somewhere: Not all artistes get to play on the glamorous centre stage, but you have to begin somewhere – such as on the sidewalk, with a hat for money from passers-by. Yusuke Hasegawa from Japan is a bit different – he is a street musician and prefers to ‘busk’ around the world, picking up instruments and partners from a range of countries. At FIJM, he played didgeridoo and djembe with a trio.