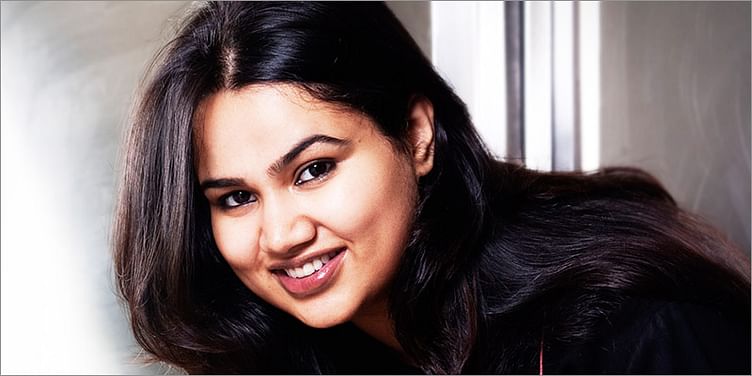 It took one woman and her mission to make macaroons to change the pastry industry in Mumbai. Pooja Dhingra’s first memory of baking is when she was six years old with her aunt who taught her how to make brownies. “I continued to bake for friends and family. Every weekend I would make goodies and take them to school” says Pooja, owner of the extremely popular Patisserie chain, Le 15 in Mumbai. Pooja’s first book, ‘The Big book of treats’ won 2nd place in pastry at the World Gourmand Cookbook Awards. She also runs Studio Fifteen, a culinary center which boasts of students from all parts of the country. We caught up with Pooja to talk about her entrepreneurial journey.

Learning from the best

Pooja went to Bombay Scottish School and then studied at Jai Hind College for 2 years. However she was yet to find what her true calling was. “I thought I wanted to be a lawyer and joined Law School. That lasted for exactly 2 weeks. I realized that law wasn’t for me and moved to Switzerland to study hospitality management at Cesar Ritz Colleges,” says the ace pastry chef who while studying in Switzerland figured that her true passion was in the pastry kitchen. This led to her moving to Le Cordon Bleu in Paris to study and finally get a diploma in French pastry.

Studying in Paris introduced Poojato a side of Pastry which she knew was not available in India.”I had never had a macaroon or seen one before Paris. I always wondered why no one has done it. I made it my

mission to make macaroons once I moved back,” she says. On her return, a determined Pooja started baking a lot from home. She then perfected recipes along with friends from culinary school who flew down to help her set up a kitchen. And voila! Mumbai could now boast of world class macaroons, courtesy Pooja. Starting up was no cakewalk

Equipped with the best of knowledge and a strong will, Pooja was all of 23 when she began her entrepreneurial journey. Being a young girl in a male dominated industry was not easy. Even finding suppliers or real estate agents that wanted to work with me was tough. As the years have gone by the challenges keep changing – from day to day operations to scaling a business, she says. Undeterred, she strode ahead and Le 15 now has 4 branches in Mumbai. “Hopefully this number should grow to 6 shortly,” she quips.

Not one to brood over problems in life, Pooja’s mantra is to learn on the go and deal with issues as they come.

Being a woman entrepreneur in India

Starting up in India has been a bitter sweet experience for this young entrepreneur. “The young market and large market spell enough room for innovation and new ideas. Growing disposable

While Le 15’s macaroons and pastries are winning hearts in Mumbai, Pooja steals time from her busy schedule to travel the world. Apart from being her passion (second only to baking) travelling is also a strong source of inspiration for Pooja. “I’m most inspired when I travel. A trip to Japan led to our green tea collection and a holiday in New York led to Cheesecake Week at Le15,” says the avid traveller who is now looking forward to her next holiday.

Being one of India’s most well known pastry chefs, owning Le 15 which is also Bollywood’s official bakery and one of India’s best, Pooja can choose to cool her heels. But what she wants to do instead is what sets her apart,

“I set goals for myself – both professionally and personally. For example this year two major goals were to 1. Run the half marathon 2. Go to Japan. I managed to do both! Now work wise I need to finish the two books by the end of the year. Having things to finish and achieve keeps me going,”

Pooja has her goals set! What are yours?