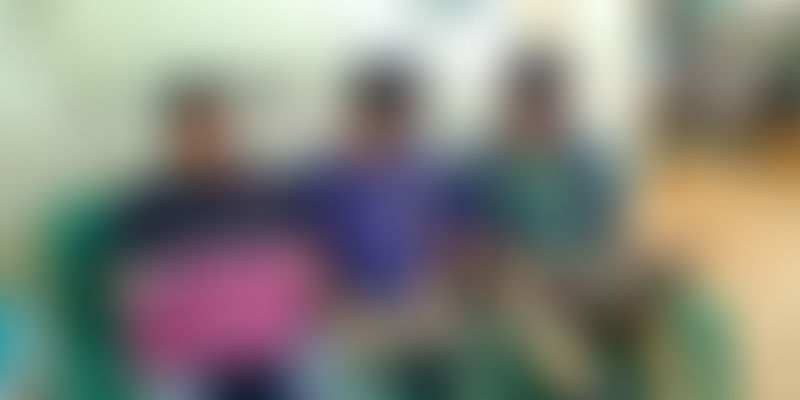 Nitin, Ankit, and Deepak were wandering from one company to another without direction or guidance in search of the first step. It was sheer fate that brought the three entrepreneurs together. Before meeting each other, each of them had unsuccessfully tried their hand at several startup ideas with different teams but had always failed due to unfavorable circumstances and lack of motivation in teams.

It is always difficult to pursue entrepreneurship after a stage of life when you can’t risk losing a regular source of income and have family pressure and responsibilities..

Inception of the Idea

A night in U-block Gurgaon, when the power had gone off for hours, saw the beginning of new ideas. Deepak came out of the building to get some fresh air and found his neighbour, Nitin, sitting outside the building. That night they talked for four hours and found they shared a similar bent of mind. Nitin regaled Deepak with stories of every project and technology he had worked on. In no time, two strangers became friends. They shared several ideas to work on: from Search to NLP to Social Networking. Soon enough, the idea of ‘Awesummly’ came up over drinks in a pub in Gurgaon.

Awesummly is an automated tool that fetches news from different sources and summarises them in less than five-six sentences and displays the summary in the news listing.

Awesummly targets not just news. The company’s vision is to make summaries a basic necessity for every listing. Be it news, product listing of e-commerce websites, book and place listing or Google search listing.

Competitors provide short news but their model to enhance and scale is not adequate because they create summaries manually. In this mobile era, while surfing online, if we find something very lengthy, we skip reading it. This habit has made us miss out on most of the good things. Before reading a long description of anything on mobile, we want to see a summary of it to decide whether it’s worth reading.

Awesummly is planning to monetise the platform through Summary API and ads.

Nitin, who is a M.Tech in CS, worked in TCS Research Labs for two-and-a-half years. He had always worked on building scalable architectures and product design, as well as Machine Learning and NLP technologies, publishing research papers on them. But he wanted to do something big.

Nitin admits to getting easily inspired by entrepreneurs. He has had many ideas but could not execute them due to lack of a motivated team. So he kept looking for like-minded people, while dealing with the monotony of his day job.

Deepak, who holds a B.Tech in CSE from NIT Rourkela, switches jobs quite frequently. He joined his fifth company, Cvent, in his fifth year of work. He had worked with three startups before that. As an entrepreneur, Deepak had tried his hands on and dropped more than 10 ideas, and most of them got dropped after he had started development.

He started losing faith in the team and made many failed attempts at working single-handedly. He did not have the approval of his family to quit his job and startup without investment. He was inspired by Vijay Jumani, humble CEO of his former company, Hoopos, and he wanted to make an employee-friendly company like he had.

Initial hurdles in starting off

It was not easy to form a startup for the duo. Nitin joined a startup, Tripoto, though Deepak was not in its favor. The two used to meet every night for 10 minutes for tea and worked on their idea.

They went to a Lean Startup workshop one weekend where they made some good contacts. But when it seemed they would finally pull it off, Nitin moved to Noida and joined another company, Neuron.

Family pressure and problems led Deepak to move to Mumbai. He joined his sixth company Housing. Nitin became CTO of Neuron in a month and got busy with work. He hired technology enthusiasts to work with him. Ankit, a young inspired hot blood coder, came in.

When Nitin saw Ankit for the first time, he realized Ankit was a perfect fit.

Ankit has done B.Tech in CS from GITM, Gurgaon, and had a passion for entrepreneurship since he was in college.

Ankit had worked in three startups just to make sure he learned all the skills required to start his own company. He could not launch any startup as he was not able to make a complete team. Apart from being a perfect full stack developer, he had also worked as marketing and operations head in IEEE Society.

Deepak made a trip to Delhi for a night and met Nitin again and the desire to set things rolling with Awesummly was rejuvenated over some wine. Within five days of working nonstop, Awesummly was on the table. It is still a mystery for Deepak as to how they did it and why they couldn’t do it earlier. Hundreds of hurdles and demotivation from people, and distractions from family and friends were all overcome by them.