[App Fridays] If you thought selfies cannot be improved upon, Camera Plus shows you how to exactly 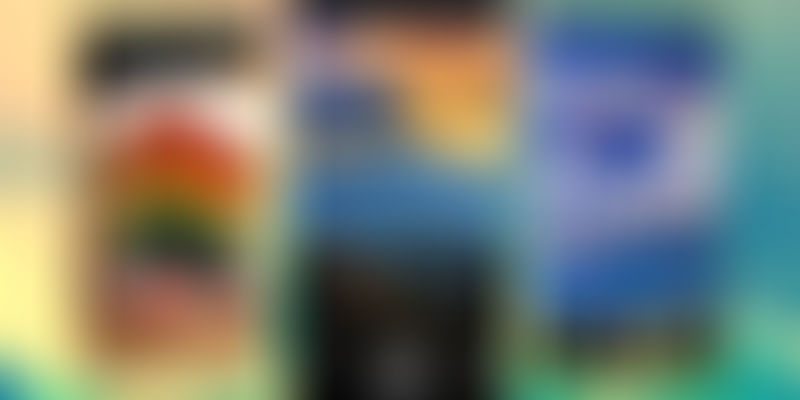 Smartphones are now the go-to primary devices for casual users to click photographs and videos. While all smartphones come with native camera apps, some users want more customisation options and tools. Camera Plus by Global Delight was recently featured by Apple in their ‘Made in India’ showcase on iTunes. To add to this, the team reduced the pricing of the app to Rs 10 for India for a limited period. (It’s at USD 0.99 for users everywhere else)

An app created by Udupi-based company Global Delight, Camera Plus is positioning itself as an end-to-end camera app that goes beyond what default camera apps are capable of. The first version of the app was launched in October 2009. It received one million downloads in 40 days and it was free till September 2013. In October 2013, the company launched v3.0 at USD 1.99 with macro-photography features and more one-tap solutions. Guruprasad Kamath, Director of Marketing, Global Delight, says,

We introduced Air Snap in September 2014 and it was the only camera app to release alongside iOS 8 worldwide. In April 2015, we released the Apple Watch compatibility for Camera Plus.

Global Delight was a subsidiary of Robosoft Technologies, which was founded by Rohit Bhat in 2008. Robosoft had raised a Series-B round of funding from Ascent Capital and existing investor Kalaari Capital in April 2015. Post the funding round, Global Delight, which focuses on developing utility apps and 99Games, which develops games for the iOS platform were hived off as separate companies.

Srinivasa Prabhu, a computer science engineer from NMAMIT, is one of their main developers and has worked on various products at Global Delight like Boom, Camera Plus , Camera Plus Pro. He says, “Early on, as a part of my first project, I got an opportunity to work with a UK-based client who pushed us to build a quality product. This effort was noticed by Rohit Bhat and I was among the first few to be part of the development team”.

Global Delight has a team of three developers along with graphic and UX designers that worked on Camera Plus. When Apple launched the first iPhone, Global Delight realised there were some limitations to the inbuilt camera, preventing people from using their phones camera to the full potential. So they developed Camera Plus with features to take pictures in low light conditions, delayed timers and editing tools. Ramachandra says,

We were the first ones to introduce live filters, where filters show up even before a picture is clicked. It was not an easy problem to solve technologically, but our team used their low-level programming knowledge to achieve this. We wanted to provide a one-tap solution for photography.

Take photos remotely: With ‘AirSnap’, users can pair two iOS devices (iPhone, iPad or Apple Watch) over WiFi or bluetooth to take selfies, videos or normal digital photographs remotely through the other device. In this case one device acts as the remote and the other the camera.

Macro photography: The ‘Macro Focus’ mode feature allows users to shoot pro-like macros, giving them photos with better detail. Camera Plus has another focus mode called ‘Far’, which is set up for distant objects like mountains, landscapes etc.

Focus shift: This feature allows users to focus in and out of desired subjects during recording, to give a cinematic and dramatic effect for perspective. Camera Plus also has the option of capturing videos in 480p and 720p.

Other features: Camera Plus includes other editing and enhancing tools. Lumy, a slider for instant brightness control for photos and videos; Pix’d, for a one-touch, auto-photo enhancement; Photo Captions allow users to include text on photos in a variety of fonts and colors. The app also includes filters and editing tools to adjust colour temperature and private folders to lock photos and videos.

iPad and Apple watch integration: Camera Plus has integrated features such as a countdown timer, instant preview after capture, live preview when capturing, photo and video capture for the Apple watch. For iPad the app has soft flash, making photos look like they were clicked with an actual flash, post-capture. Users can also customise the button placement for the camera trigger and make the entire screen the trigger, if needed.

Photographs and images are important, if not the main, components of many social media platforms such as Instagram, Pinterest, Snapchat and even Facebook and Twitter. Smartphones have taken over the market globally and inbuilt camera apps are unable to cater to the diverse needs of different users. So there is a big market for utility as well as funny or quirky camera apps. According to analyst firm App Annie, the top three free apps on iOS under 'photo and video' category for India are Youtube, Instagram and BeautyPlus. Under paid apps, Camera Plus has the top spot in India, followed by Video Downloader Super Premium and Camera+.

With over 30 million downloads for Camera Plus globally, Gurprasad points out the trends the company has seen:

For Camera Plus, our largest demographic of users are generally in the age group of 17 to 40 and the top five markets are USA, Germany, Russia, UK and China. We are now witnessing a lot of growth in Asian markets.

Camera Plus is an interesting multi-utility app that provides a pleasing user interface and good overall experience. ‘Air Snap’ is a useful feature with many use cases such as the ability to click group pictures and selfies remotely, without hassle. The ability to pair any two iOS devices over WiFi or bluetooth adds to the appeal and use.

Lumy, Pix’d and Photo captions are also useful features to have. They ensure that users can customise their photos in a variety of ways without having to juggle multiple photo capturing and editing apps. With an experienced team that has been developing global successes from India, it will be interesting to see how the company enhances its reach in Asian and global markets, with new features and products.

What do you think about this app, do let us know in the comments below. Also do check out other apps under our App Fridays and Pursuit of APPiness series.