With more than 300 loan agents on ground, Finrek uses a hybrid online-offline model for its online portal 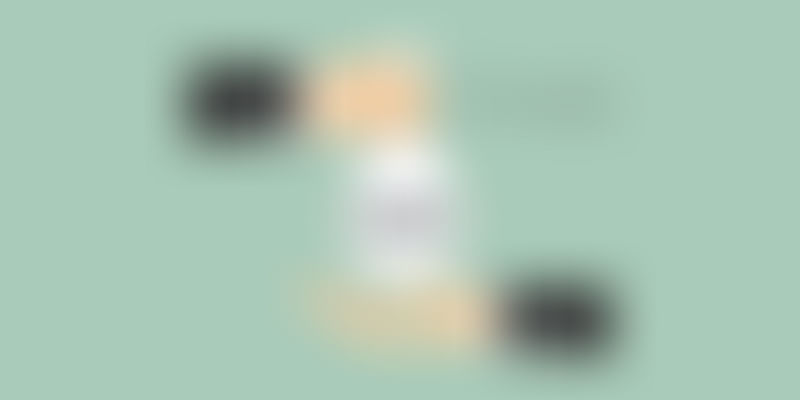 Like many other entrepreneurial success stories, this story too has its roots in the recession.

When Hemant Tilotia graduated from Amity School of Engineering, Noida in 2008, he thought he had his life sorted out. He loved finance and wanted to pursue a master’s degree in the subject. But Life, it turned out, had other things in store for him.

“Lehman Brothers had just collapsed and I knew it was not wise on my part to pursue my dreams right then. I also knew that any experience would add value to my candidacy in the future. So I joined Oriental Bank of Commerce, a public sector bank in India as a management trainee, and worked in the credit appraisal team,” says Hemant.

It did not take him long to climb up the corporate ladder in the bank, but he soon realised that it would be difficult to introduce innovations in age-old bank processes.

“Public sector bank is the last place one can expect innovation. I tried to give them ideas. I told them they needed a portal to track loan applications. I also told them to shy away from selling insurance, as it was hurting the quality of the credit proposals. But these were not even remotely close to what I had in mind for innovation,” Hemant says.

He remembers feeling frustration when the bank did not act on his suggestions, and decided to quit and work on those same suggestions through his startup. Finrek was launched in November 2014.

Initially, the Jaipur-based startup was an offline loan application collection organisation. It started with 70 agents across Rajasthan, but soon incorporated an online portal to manage agents and make the loan process seamless.

The company aims to connect lenders with borrowers on an online platform. It is similar to the likes of bankbazaar.com. On Finrek, borrowers can fill in a single online application form to access multiple lenders, and select a lender, depending on the lending conditions displayed. The platform’s unique aspect is the focus on working with NBFCs (Non-Banking Financial Companies) across the country.

“There are thousands of lenders that we don’t know exist. We work with those lenders and try to give customers good deals for their funding needs,” says Hemant.

After the initial months, his friend and engineering classmate, Himanshu Agarwal, joined Finrek as a cofounder. He was a finance graduate from Imperial College London, and brought in significant banking experience.

The both then started reaching out to various NBFCs to equip themselves to target untapped markets across the country. They are currently tied up with over 10 NBFCs, including major ones like Gruh Finance, Intec Capital, and Au Finance.

All said, Finrek is not a purely online platform; that is where the agents come in.

“I have always thought that the Indian market is not ripe for a pure online loan marketplace. This is the reason why BankBazaar's numbers are still not encouraging even after seven years of its operations. Our agents get leads from their areas, and pass it on to us. And we, in turn, match the criteria and pass on leads to our partners,” explains Hemant.

Finrek agents are usually those who have been selling insurance policies or and post office products. As of today, there are over 300 agents working on a commission basis, gathering leads from their areas across Rajasthan, Haryana, NCR and Gujarat.

Started with an initial investment of two lakhs, Finrek now generates almost 200 leads every month, out which 65 to 70 per cent leads convert into loans. The startup gets a commission for every lead that converts into a loan.

The company has tied up with Munich-based company IDNow, for online identity verification services. It had tried to buy IIT Madras incubated deal startup clozerr.com, but the deal fell through after the initial round of talks.

According to a TechSci report, the Indian loan market is expected to reach Rs 21,98,060 crores by 2016, with a CAGR of 18.7 per cent from 2011-2016. It also reported that the loans sector would include home, education, auto, personal, consumer durable and gold loans.

“Going forward, we would like to add every NBFC, however small it may be, under our fold. We are even developing a CRM for effective management of the entire process, from loan origination to its monitoring,” adds Hemant.