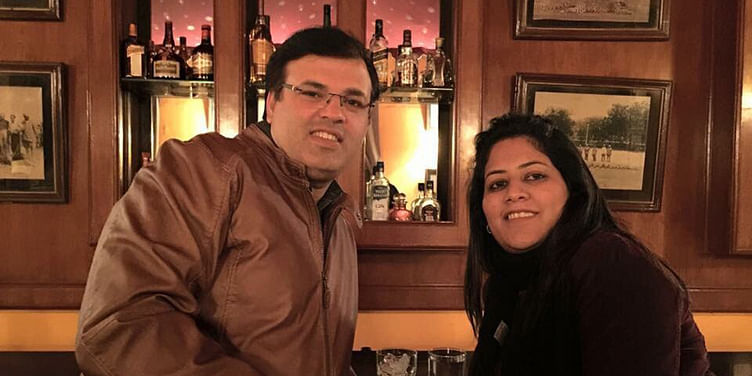 When Rajvi Makol returned home one night, he found his six-year-old son crying. The little boy had been playing the Angry Birds game, when an advertisement for the game’s merchandise had popped up.

“He was a big fan of Angry Birds and wanted a pair of flip flops with the game’s characters on it. I searched for the product on the internet and realised it was available only in Finland. Shipping it from there did not make sense to me as it would have cost me Rs 5,000,” said Rajvi.

Birth of the parent company

Later that night, Rajvi wrote an email to Rovio, the company that develops Angry Birds and asked if he could become its distributor in India. When representatives responded, he understood that they were not really interested in finding distributors, but wanted licensing partners.

That is how Rajvi was introduced to the licensing industry.

Licensing is a way to allow others to use a brand’s designs or images on their products, while the brand keeps control of the copyright. A licence is a legal agreement that allows the owner - the licensor - of the design to grant a manufacturer, or retailer - the licensee - the right to use the design on specific products, usually in a defined territory, over a defined period of time.

In 2011, Rajvi and his wife, Saumya Nidhi, started their licensing venture, partnering with over a dozen brands from across the world. They called this Vadodara-based company ‘Swadesh Essfil’.

Some of the brands the couple worked with were Angry Birds, Hello Kitty, and Dreamworks Animation, which meant they could use designs from any of the entertainment house’s movies, including Kung Fu Panda, Shrek, Madagascar etc.

In 2012, Rajvi partnered with Flipkart to introduce the Back-To-School sales on the e-commerce website. The company grew from selling licensed goods worth Rs 10,000 on the first day, to a whopping Rs 40 lakhs over the next few days.

Saumya developed a memory game called Chimp Challenge in 2013. The company launched this game under the licence of University of Oxford and was awarded ‘Best Education Toy for the Year’ by The All India Toy Manufacturers' Association (TAITMA) in the same year.

Though they were making quite a bit of money (almost Rs 9 crores annual revenue) by selling licensing products on e-commerce websites, modern trade and general trade, Rajvi and Saumya realised that though there were many brands, not many wanted to try them. “So we came up with an idea to let customers create their own products through customisation using licensed art.”

The couple launched Gingercrush on August 1. The platform lets users choose a product, pick a design and customise it according to their tastes before placing order.

Gingercrush currently has a design library of over 85 licensed brands and 28 international artists for customers to choose from.

Yes, Fido Dido. While people thought the cartoon had vanished, it resurfaced with Gingercrush, bringing back a flood of memories to all its fans. “When we approached the makers of Fido Dido and said we were willing to take their license up, they were more than happy,” said Rajvi.

Though work on Gingercrush started late last year, the project has been under wraps until now. Their patented software, which took most of last year to build, can generate almost 28,000 products in less than nine minutes.

The platform currently has only T-shirts, mugs, coasters and mobile covers, but will soon add other products like shot glasses, sports water bottles, posters, hoodies and rompers.

Gingercrush also allows customers to create their own designs to print them on its products.

Gingercrush, which raised USD 1 million even before its launch, has sold goods worth lakhs of rupees on its platform in just the last 10 days. According to Rajvi, maximum sales came from the category of T-shirts, mugs and coasters, while designs from Star Wars, Be Creative and Fido Dido proved to be the best selling.

According to a report by LIMA, the leading authority for the global licensing and branding industry, retail sales of products bearing the trademarked names and likenesses of cartoon characters, corporate logos and brands, major sports teams and more, totaled to an estimated USD 13.4 billion in royalty revenues, and USD 241.5 billion in retail sales in the year 2014.

Biggies in the industry

There are four large players in the licensing and customisation industry in India: Printvenue, Zoomin, VistaPrint, and Voxpop.

Printvenue, a company promoted by Rocket Internet, is said to work on more than 1,000 orders daily, and has reported revenues of Rs 7.8 crores last year. It recently raised USD 4.5 million from the group.

Zoomin, which has over 1.3 million users, including members of Photojojo, has reported revenues of Rs 38 crores. It raised USD eight million from Light Box Ventures in August last year.

VistaPrint, a NASDAQ-listed company, recently entered the Indian market after acquiring an Indian company, PrintBell. The Indian company reported Rs 11.5 crores in revenues in the year 2014.

According to sources, Voxpop, a Blume Ventures-funded company, makes approximately between Rs 2 crores and 2.5 crores per month.