One in a billion: Ishita Malaviya goes against the tide to be the first woman surfer of India 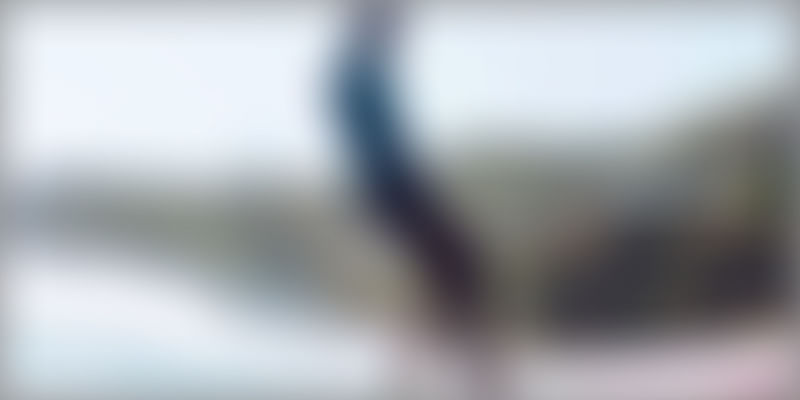 Unlike most commercially successful Bollywood flicks, not all the women you spot in the middle of the sea are damsels in distress. “It’s just not a sport; surfing is a way of life” she exclaims. Her love for the sea and passion for surfing is so infectious that it rubs off on you even over a phone call! Her voice sounded like the sweet sound of waves and had a sense of mature calm signifying her illustrious yet difficult journey. Here’s the fascinating journey of Ishita Malaviya, the first woman professional surfer of India.

Allure of the seas

Born and brought up in the coastal city of Mumbai, Ishita was always an outdoors person. Unlike most city bred girls who are not really comfortable stepping outside urban confines, Ishita dreamt of moving to a greener, less chaotic place ever since she was a teenager. Around the same time, she was really drawn to surfing but assumed that there were no waves in India and that she would have to travel abroad to start surfing. In the year 2007, Ishita moved from Mumbai to the small university town of Manipal in coastal Karnataka to pursue her higher studies. This is where serendipity was waiting to strike her!

They say when you really want something, the entire universe conspires to make it happen and what better example than Ishita’s story. Utter coincidence led Ishita and Tushar, her boyfriend, to meet a German exchange student who had come down to India with a surfboard. And it was through him, that they discovered an Ashram where the devotees were surfers from California who were surfing at a spot which was only an hour away from where the two of them lived. A little converstaion and a lot of excitement later, they were ready to ride their first wave!

“We were stoked to see that Indian locals were keen on learning to surf and it wasn’t long before we were catching our first waves! I still remember the feeling of riding my first wave! I was smiling all the way to the shore and all the way back home from the beach!” recalls Ishita.

One board, two people

Ishita was studying journalism while Tushar was a student of architecture. Their love for surfing was not very well received by their parents who were extremely apprehensive and refused to buy them a board. Not ones to accept defeat, they decided to fend for themselves.“So in the summer of 2007, Tushar and I sold everything we didn’t need and saved up enough money to buy our very first surfboard which we shared between the two of us for the first two years of our surf lives. Life’s never been the same since!” exclaims Ishita.

Riding the wave of entrepreneurship

Ishita was in her second year of college when entrepreneurship beckoned. Friends, acquaintances, foreigners, enquiries started pouring in from all corners and by the time Ishita had completed her four year course, this number only grew. It was then that she decided to take this up as a profession along with her partner.

The Shaka Surf Club was born in an abandoned bar by the sea in the small village of Kodi Bengere of Udupi district in Karnataka. Walls of mud, a thatched roof, permissions, licences, non- cooperative parents, the challenge had only begun. But everytime she felt like giving up, there would be a new reason to keep at it. “When you start up in a place you are not origninally from, it becomes all the more important to co-exist with the environment and the people.” Says Ishita, adding this took her some time but it is all worth it.“The Shaka Surf Club would not have been as successful if not for the love and support we have received from the locals.“

Back in 2007, when Ishita started surfing, the sport was pretty much unheard of in India. Being the only girl among boys who in comparison could paddle more aggresively, she did feel intimidated. But Ishita was not one to give up easily and persevered and went on to become the first successful professional woman surfer from India.

So what keeps us Indians away from surfing? “Most people don’t know how to swim and live in fear of the ocean,“ says Ishita adding there is a lot of social pressure on women to look and dress a certain way. Dark skin is not considered beautiful and so most women are afraid of getting tanned. But Ishita has a lot of hope for the future of women’s surfing in India owing to people like her oldest student, a 65 year old woman from the village and an increasing number of girls keen on learning the sport.

A way of life

The outdoor community is Ishita’s prime source of inspiration. She derives strength and happiness from people like American surfer Liz Clarke who exude positivity and make an attempt at sustainable living. Talking of the influence surfing has had on her life Ishita says,

I find myself drawing parallels between surfing and life. I now chase my dreams with the same vigour and passion as I charge into the waves, even if it means wiping-out and facing defeat every once in a while; because I know there’s always going to be another wave coming.

Ishita was a part of ‘Beyond the Surface’, a first all-female surfing/humanitarian documentary for India. She has surfed in the international waters of America, Australia & Sri Lanka. Along with running the super successful Shaka Surf Club, Ishita also runs the surf camp, Camp Namaloha (Namaste + Aloha) which is a first of its kind in India. Camp Namaloha faces the river on one side and the sea on the other and is a place where her students can relax in between surf sessions.

The Shaka Surf Club in association with Australian Life Saving Society and Rashtriya Life Saving Society has also tied up with local government schools for something called ‚‘The Nippers Programme’ which trains children to become junior life guards. The club also conducts various workshops with the help of volunteers who visit them.

Truly one in a billion, Ishita Malaviya’s message to young girls who dare to be different and want to go against the tide is,

Be your original self, an original always holds more worth than a copy. Believe in the endless possibilities of the universe. Forget all the reasons why it won‘t work and believe in the reasons that say it will.