She’s a technologist, an endurance athlete and has now started up ArgByte 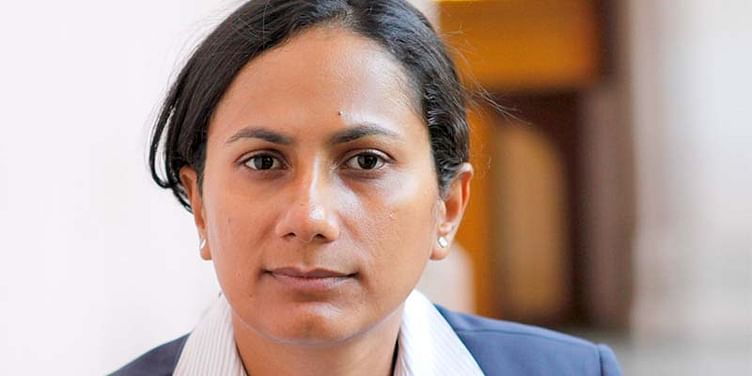 A woman techie, an entrepreneur and an endurance athlete, Manjula Sridhar has quite a few feathers in her cap. Growing up in remote regions of Karnataka, she developed a well rounded spirit that has helped her all the way and been responsible for what she is today. Good in academics, Manjula completed her B.E (electronics and communication) from the University of Mysore where she secured the fifth rank. After engineering, she came to Bengaluru with her first job at Bosch Telecom, a German company.

Enthused by high end technology, she chased her way up and joined Lucent/Bell Labs in the US. Her research led to filing of several patents and she became a DMTS (Distinguished member of technology). She also did a Lucent sponsored M.S majoring in security from IIT Chicago. “This was the point when the entrepreneurship bug hit me. I decided to come back to India and co-founded Aujas.” Aujas was a gut wrenching learning experience for Manjula. It took away the geeky edge and gave her a balanced view of entrepreneurship. “After spending more than three years building Aujas, I decided to move on due to various cultural issues w.r.t to a services company (which Aujus had turned into),” say s Manjula.

She took a break and went back to the corporate world for a while, mainly Arcot, a payment security company. She also got into hard core training and became an endurance athlete. She managed to finish the half Ironman! Here's her talk at TedX:

This helped her regain her confidence and prepare herself for the next challenge. “I started with another high-tech idea about anonimising called ironsense which is about a class of encryption that allows sharing without revealing,” says Manjula. She went to Silicon Valley, studied the models and realized it would be hard to get funds required for executing that idea.

This is when the idea of Argbyte came in -- flip the anonimising and you can help people having issues online. What does that mean? Manjula puts it as ‘Uber for cyber security’. ArgByte helps individuals with problems they face when it comes to online security. Here is how the company explains the concept:

While online harassment itself is very painful, not being able to figure out “who” the perpetrator is can be more traumatic for the victim. It can lead to paranoia and sometimes safety issues. Going to law enforcement agencies should be the ideal thing to do but not many prefer this as a first step. Moreover, law enforcement officials are over loaded and may not be able to cater to smaller issues. This is where we come in. We provide a systematic way of analyzing the issue and redress mechanisms that are effective. We also closely work with law enforcement officials if that is the right way forward for the person.

Manjula launched the beta version only about a month ago and the traction has been encouraging. “Online harassment is almost a routine for most. But in some cases it can escalate. Issues such as abusive emails, and hacked accounts etc. are hard to deal with. And with the whole Digital India campaign, many will be online and can get into issues either as a perpetrator or a victim. Law enforcement may not deal with all issues and most people would like to take defensive measures,” she says. Manjula also wants to implement the Aravind Eye Clinic model where a poor college kid gets free/pro-bono consulting and access to tools.

ArgByte is mainly a one-woman army with a few consultants who moonlight with Manjula. “Since I am bootstrapping, I am keeping it very lean. I also have committed advisors who have done great things in the past in the public sector and are helping me with scaling/reach models. As the volume grows, I would get more folks into the picture,” she says. The revenue model is consulting driven right now, but soon will move towards SaaS (Software as a Service) with their tools online.

It is a very nascent area at the moment and there are B2B companies tackling the problems of cyber security but there’s hardly any service when it comes to serving the individual end user directly. Manjula is a seasoned entrepreneur and is also a fellow at iSpirt and runs a free bootcamp for pre entrepreneurs. She also used to anchor Data Security Council of India's Bangalore Chapter. Her vision for ArgByte is simple -- To be the first point of contact for all of people's online security issues.