Pagalguy, the big daddy of online test prep has made a new move 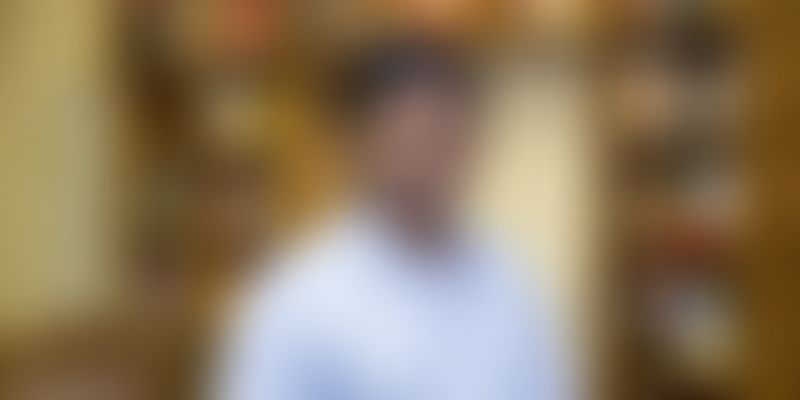 Ask any MBA aspirant in India and you can bet that the person came across Pagalguy.com while preparing for entry to the mighty IIMs. Founded in 2003 by Allwin Agnel, who was neither an engineer nor an MBA at that point in time, Pagalguy started as a forum for students to discuss their problems and share news related to the MBA entrance exams. Over time, it became the de facto portal for MBA aspirants. As a company, Pagalguy turned profitable in 2006 – around the same time when Allwin got his MBA degree from Wharton University. It was then that he realized the true potential of Pagalguy.

YourStory wrote about the company in 2008; and Pagalguy's success has been an ongoing story. The recession had hit MBA graduates but there was still no dearth of students preparing to get into MBA programs. In 2013, Allwin declined to a media interview without citing any reason for it - but two years down the line he did provide an answer, "I like to talk only when there is something substantial to report. We've always had exciting things to work on but now we have something very solid to talk about," Allwin told me over a phone call. In the meeting Allwin mostly spoke about Pagalguy’s new mobile learning platform - Prepathon.

Prepathon is a mobile app which serves three key purposes for a student: learning, discussions and coaching. The learning module is where a student can find all the course content; discuss is a forum where students can ‘discuss’ various topics; and coaching, which is the most critical component. "We're giving every student a personal coach who is available on mobile. This is probably a first, globally," says Allwin. The app has managed to garner 45,000 downloads in the last four weeks and more than 2000 are being added every day. Out of this 20,000+ students have been active every day and more than 50,000 questions are being solved every day. The early signs are pretty encouraging and the growth rate has ensured that Allwin places hiring high-up on the priority list. Providing a personal coach to every students is going to be a tough task to scale.

Allwin feels that having control over all the pieces of the process is a big advantage for Pagalguy. A team of 45 at the moment, Pagalguy has everything from content to teachers to its tech team – all in-house. "Online education is a very tough nut to crack. The likes of Coursera are doing great work, but course completion rates still hover at about 3 per cent," says Allwin, talking about the huge problem at hand. He also mentions how various startups are tackling the problem from various angles - some are building a community base while some are looking at the tutoring space. For Prepathon, though, the aim is to be the single destination for all the pieces. And with the kind of captive audience that Pagalguy has, getting a massive chunk of users for the first phase is not a problem. 45,000 downloads in four weeks is the proof of that.

Another big step for Pagalguy has been its diversification - in terms of verticals. Pagalguy is no longer only about MBA and CAT; it also has preparatory help for banking and civil service exams. "The groundwork for getting the other verticals up and running has been challenging; but it was about time we broadened," says Allwin. As for Pagalguy.com, the portal has taken a turn towards becoming a social network for learning. "In this rapidly evolving space, we have kept up with the pace, and Pagalguy is a pretty advanced social network today - compared to its humble beginnings as a forum," says Allwin. Prepathon, the mobile learning platform, might get a web version but the two products will run in parallel.

There have been reports of Pagalguy raising funds; but Allwin has not confirmed: "We have been profitable since 2006, and we'd like to wait a bit before looking to raise funds," says Allwin. Prepathon is a free product as of now, and the company intends to keep it that way till it reaches a certain level. In terms of competition, the space is filled with some promising venture-backed companies. Zishaan Hayath's Toppr has raised more than $10 million; Embibe has raised $4 million; Vedantu has been backed by Tiger Global; and there is a host of other companies in the space. Initially, most of these companies look at engineering or banking, but eventually, all of them, with their various models, converge towards an optimal mix.

Pagalguy has always been dependent on an ad-based revenue model and that is not going to change anytime soon. The company has not pondered over working with colleges or tuition classes to find a B2B model. "We're tackling a very big problem. In the field of online learning, one needs to experiment a lot; and remain nimble. For this to happen, we need to have control over all the pieces, and hence, we intend to remain focussed directly on the end consumer," says Allwin. Even globally, we've just scratched the surface when it comes to online education and how things will change in the future. Bridges are being built to merge the online and offline divide; and if and when that happens, Pagalguy would have played a key role in making that happen.