Inspiration and tradition combine in quest to create Proyog, a global consumer brand 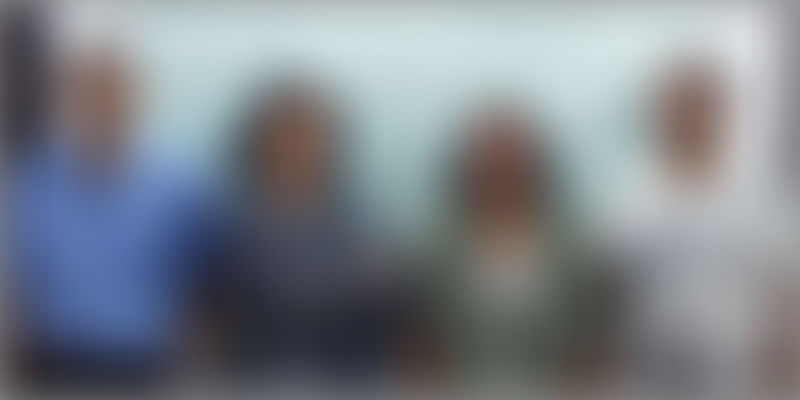 “The year was 2001. I was walking down one of Manhattan’s broad avenues. American and European brands screamed out from billboards and storefronts – Nike, Reebok, Coca-Cola, Pepsi, BMW, Volvo; you know them all. So did the Japanese brands – Nikon, Canon, Toyota, Honda, Sony, etc. Even Korean companies like Hyundai, LG, Samsung, and Kia jostled for space in the busy skyline. Suddenly, I noticed an unfamiliar brand – bottles of drinking water displayed in a store window – called Fiji Water. Something about the name hit me like a thousand pound jackhammer!” says Dave Banerjee, Co-founder and Marketing Head, Proyog.

Dave is an advertising man. He notices brands. It is his job to do so. After working for 8 years in Advertising in India, he moved to New York and opened an ad agency there. Later, he opened another one. Observing brands, talking about them, and analyzing their core values, is second nature to him. The story of Fiji Water has stayed with him – if a dot in the South Pacific could do it; why not India? It, therefore, comes as no surprise, when Dave says that he is going to be part of a team that gives India its first global consumer brand.

Malika Baruah, Co-founder and Product Head, Proyog, was heading Design at Levi’s India for a while. She has over twenty years experience in the fashion retail industry. She fell in love with Yoga in 2001, and has been practicing it ever since. She was dissatisfied with one aspect, though: the clothing women yoga practitioner’s wear – a hotchpotch of tights, sweatpants, sportswear, tracksuits, t-shirts and tops. The aesthete in her never came to terms with this. A physical, mental and spiritual discipline like yoga deserved better; much better. “We want to create the world’s best yoga wear brand that is true to yoga. We will raise the awareness levels of yoga practitioners against the use of polyester and nylon clothing,” says Malika.

Though yoga is associated with India from pre-vedic times, the exact date of its origins is widely speculated. According to various sources it originated somewhere between the 5th and 1st Century BC. Its popularity amongst the masses, though, came much later; late in the 19th and 20th centuries. In the 1980s yoga became popular in the western world, more as a system of physical exercise. As per Indian traditions, Yoga has more of a meditative and spiritual core, and physical exercise is just one of the essential elements.

Given this very brief history of the connection between India and Yoga, it seems almost imperative that an Indian company should take it upon its mantle to give it a purist’s makeover, at least in terms yoga wear. Here is what is mentioned in Proyog’s technical manual: ‘If yoga comes from India, the onus of true yoga wear cannot be on the world.’

Ika Yogawear Pvt. Ltd. is the company which owns the Proyog brand. It was incorporated in 2013 and began manufacturing in February, this year. The Proyog brand was officially launched on June 21, 2015, which coincided with World Yoga Day. Proyog is committed to designing and manufacturing super-specialized yoga wear.

This is what Dave has to say about the product, “We will be aggressive. We will attack all brands that are dishing out polyester and nylon products for yoga. The yoga world needs to know they are essentially wearing clothes made of plastic for yoga. They should be wearing naturally breathable fabrics to enhance their practice.”

Proyog has a fabric called HYPERBREATH™ which draws from cotton and modal, nature’s two most breathable fibres. It is a proprietary blend of fibre, yarn and fabric structure which is supposed to provide airiness and comfort during yoga practice. The quality and construction is world class and the cotton is 100 percent organic. While this pre-shrunk fabric is core spun with 10 per cent LYCRA™ for adding stretch, the construction of the fabric ensures that ‘only cotton comes into contact with the skin.’

At present, Proyog carries only a women’s line. The dhoti style shorts and pants, a variety of tank tops, capris, tunics and wraps are very popular and are selling well.

The US market for yoga is pegged at around USD 26 billion. The world market for yoga is closer to USD 80 billion. The potential is huge, and literally, the sky is the limit for serious marketers who want to go the distance. Dave says, “We expect 90 per cent of the company’s revenue from outside of India. Out of that 70 per cent is likely to be from the US and Canada. Currently the maximum sales traction is from California and New York in the US, and Delhi NCR and Bangalore in India.”

At this point of time the yoga wear market is not very specialized. It is a combination of leisure wear and sportswear. LuluLemon of Vancouver is the market leader by a fair distance. Some of the others in the fray are PrAna, Yoga Shmoga, GAP Athleta, Nike, Reebok, etc.

The venture has been funded (the amount is undisclosed) by Naresh Malhotra of Resourceful Capital and Ajay Malhotra of VAMM Ventures. Naresh was earlier with Sequioa Capital, Coffee Day, and was a KPMG Partner. Ajay is also ex KPMG, besides his stint with UBS.

The company plans are ambitious, given their quest to become India’s first global consumer brand. The company targets hitting $100 million in about four year’s time. The brand is already getting talked about in North America, the largest yoga market in the world. The PR for the brand is being managed by SKC, a PR firm based out of Los Angeles.

To build a world class product, and a global brand, a team needs to be experienced in branding, marketing, advertising and communication strategy. And, of course, create a great product. All the core team members (all of them are co-founders) of Proyog have backgrounds that seem to fit the bill.

Sanjay Nayak , CEO, an alumnus of both IIT (KGP) and IIM (Calcutta), has 32 years of experience in marketing, sales, and marketing communications. Before starting Proyog, he was President of McCann Worldgroup in India, for almost 9 years.

Dave Banerjee, Marketing Head, is also the CEO of Fisheye Creative, a communication and branding firm. Dave has worked with some of the biggest brands across various categories. He has been featured on CNN, in The Economist, as well as other leading journals.

Malika Baruah, Product Head, leads a digital design agency in Bangalore, and specializes in social media and online strategy. Earlier, her stints at Pierre Cardin and Levi’s have given her exposure to great products and international brands.

Priyanktha Iyengar is the Design Head at Proyog. She is an NIFT graduate and was the head of the women’s wear division at Levi’s Strauss India. She likes experimenting with dyeing, loves fabric manipulation techniques and reveres Indian craft.

Presently the product is selling over e-commerce platforms, both in the domestic market and internationally. In the future there are plans to sell through premium and specialized MBOs and yoga studios worldwide; and high-end chains in the US like Neiman Marcus, Saks 5th Avenue, and Nordstrom.

As part of their digital launch strategy they produced a web film called ‘From the birthplace of Yoga’ which was shot for over 50 days across 26 locations in India. The music for that was done by Grammy Award winner Ricky Kej.

The company will need major infusions of capital towards manufacturing and marketing. A major sum will also be required to focus on offline distribution in North America. And, of course, this being a brand story, there can be no stinting on the marketing dollars here. In the next three years the company plans to raise USD 15-20 million. In six years they plan to be listed on the NYSE. The targets are no doubt aggressive; but one does have to aim for the sky in order to, at least, reach the clouds!

When speaking about the international marketing/branding challenges that lie ahead, Dave is tongue-and-cheek in his response: “Our toughest challenge will be fighting marketing dollars with rupees. We just have to be sixty times smarter than them.”