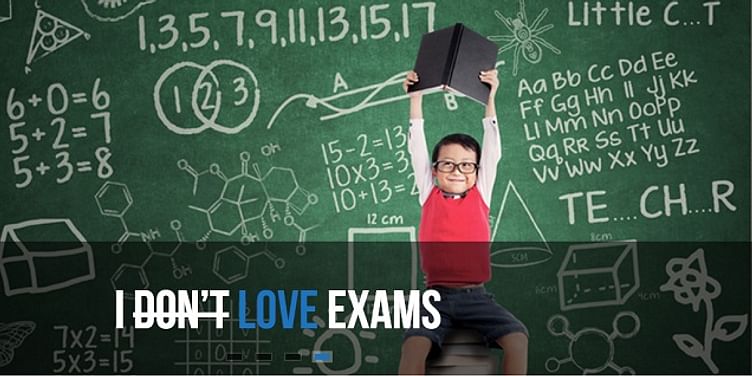 Naveen Mandava and Varun Kumar, Founders of Xamcheck, a personalised student assessment tool, had met through a common friend. At that point in time, the duo were at different stages in their life. Varun had just finished a successful stint at ITC after setting up a complete supply chain and factory project, and looking at doing something for the greater good of the society. An alumnus of IIT Kharagpur, Varun says that he has always wanted to study engineering.

Naveen, on the other hand, says he did his engineering by chance. He tried his hand at multiple things to find his calling while working on public policy issues in the education sector both in India and the US. At this point in time, he decided to quit his job and look at working on several grassroots problems. So, for a brief period, he lived a life of a traveller visiting different parts of the country and working on several projects in rural India.

When the duo met, they struck a chord almost instantly and decided to work on something together. "We were toying with the idea of information dissemination and how content is distributed across spaces. However, we weren't sure what that one problem needing addressing was. We were looking for an important problem in the education sector that needed to be solved, would be profitable and scalable," says Varun.

With this basic idea in place, the duo had decided to work as consultants in the education section. Soon, in 2012, the duo set up an education impact evaluation consultancy working with several big names like Pearson, ICICI Foundation, Sesame Street and many others. "Working out of a garage, the consultancy served as a learning ground for us. It helped us understand the various aspects of the sector and truly figure out the effectiveness of different projects," adds Varun.

Their stint in the space helped the duo gain an in-depth understanding of the education sector in India. "We went to different schools across 11 States in the country and conducted close to 1,00,000 assessments," says Varun. During this stint, the team worked on as many projects as possible, studying behaviours of the students and teachers.

It was in this phase that the duo found the perfect point to pivot on. In all of the work they had done, they found out one common thread - the examination system in schools gave birth to what they call as 'mass customisation' of educational material. The duo had three main insights:

Looking at these factors, the duo decided to take a plunge into the area of personalised student assessment.

Varun explains:"There’s student A and there’s student B. Both are good students and score an average of 70 per cent. But student A scores lesser than student B in geometry. And student B scores lesser in history. However, they are ranked as same because they have both scored 70 per cent. Our thought was to help both the students by providing enough remedial material based on their learning patterns and behaviour”.

Also Read: Must to know tips for education startups in India

On the ground work

With an MVP and prototype play in place, the duo was able to rope in a school chain in Hyderabad as a pilot study project. They went ahead to conduct assessment for over 6,000 students on three subjects - mathematics, science and English. "The team began to evaluate close to 18,000 answer scripts," adds Naveen.

The duo believed that it was important for the teachers to buy into the programme and product as they were the first point in contact for the student. "In India, the tutorials just work as something extra," adds Varun. However, the duo realised there were several factors that needed to be considered.

Naveen adds that it was important that teachers saw Xamcheck as something of value and not an extra effort. To do so, the duo felt it was important to integrate the system into the existing behaviour patterns of the school. With several insights taken from their pilot project, the team was now able to work on the best possible solution.

"We do all the hard work. With the evaluations in place, we just need to read the data, and understand where the child finds a problem. Based on that, we give the right solution. The material given depends on the child’s learning behaviour. So, if a child is struggling with statement problems, we give material on that subject," says Varun.

In terms of providing the right material, the team provides a 360-degree approach of - digital content, resource materials, practice materials, teacher support material, text books, extracurricular activities and much more. By April 2014, the team was able to touch over 20,000 students in 56 schools.

In late June this year, Xamcheck raised a funding amount of USD 1.8 million from Aspada. Xamcheck currently has close to 80 people working with them, and has five offices in three cities. The team has recently crossed its 1,00,000 students mark and is raring to go.

"With this funding in place we are looking to move from a B2B model to a more marketplace-like structure, where students can choose the kind of solutions and remedial courses they need," says Varun.

The team also intends to tie up with various other content partners to help them in this endeavour. "We're already associated with some of the best content providers in the market. There is no sense in creating fresh content when there is so much readily available in the market," adds Varun.