[Startup Bharat] Kochi-based monQo turns up the heat in the milkshake market to take on Keventers, Drunken Monkey 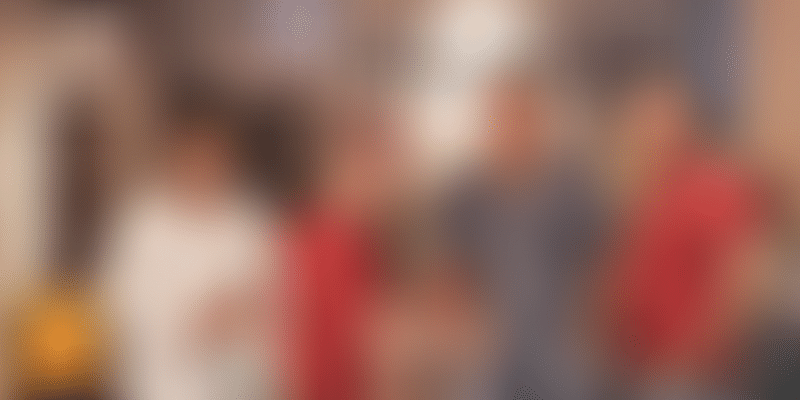 Started in December 2017, monQo offers bottled milkshakes along with fusion food in Mediterranean and continental flavours. In less than two years, the company has established four unit franchises in Kerala and six master franchises across six states in the country.

Nothing hits the spot on a summer day quite like a tall glass of iced water. And if you are in Kerala at this time of the year, monQo brings to you something better, much better.

monQo, which provides bottled milkshakes, is the brainchild of Pradeep Nair. While taking a walk with his son in his hometown Kochi in the summer of 2016, Pradeep (46) spotted a large crowd in front of a local restaurant queuing for their turn to grab a milkshake.

“It was really exciting to see such demand for milkshakes in a city like Kochi,” he says. But when he had his first sip, his face fell because the drink was so inferior in quality.

Apart from milkshakes, Kochi-based monQo offers food with a fusion of Mediterranean and continental flavours. At its smaller stores, called ‘The Shakery House’, it sells burgers, sandwiches, and Kati rolls, and at its larger stores, it sells steaks, sizzlers, as well as fish & chips to its customers.

Speaking about monQo, Pradeep says: “I envisioned monQo to be an eco-friendly brand, which puts quality above everything else while serving the best milkshakes and fusion food to customers. We’re the first brand to introduce glass-bottled milkshakes in Kerala.”

The brand, which sells bottled milkshakes both offline and online, has established four unit franchises in Kerala (two in Kochi, one each in Calicut and Trivandrum), and six master franchises, one each in Telangana, Andhra Pradesh, Maharashtra, Gujarat, Goa and Tamil Nadu in less than 1 and half years.

Also read: Coimbatore-based Buddies Cafe brews up a 70-variety storm in its teacup

The monQo team decided to make Kochi its base as the idea for monQo was born while having a milkshake from a local restaurant in Kochi.

Pradeep claims they had the first-mover advantage of starting up in Kochi. “Kochi being an untapped or relatively less tapped market, we were the first ones to introduce bottled milkshake concept in Kerala, which gave us an edge over popular brands like Keventers, who came to the state a year later.”

However, Pradeep says the challenge is that the market needs a lot of education in terms of the importance of quality. He sees this as an opportunity to create a market which is not only price sensitive but also quality conscious.

Transforming a highly price-sensitive market to demand a quality and comparatively high-priced product was another challenge for the team. “We have overcome them through marketing and making our target audience test through promotional pricing,” says Pradeep.

How YourStory helped bring together the team

Pradeep previously worked as the CFO of Aldhaheri Group, Dubai, and was also the CEO of OCOCO, Dubai. Anup Mohan was former CEO of Styl (acquired by Voonik), and Srikanth CH worked as CPO at Styl. Dileep Nair is the CEO of Ornate Tours and Travels, and Sheeba Nair was a former employee of Emirates Airlines.

Pradeep says, he first read about Anup when his previous startup, Flamingos Media, which was acquired in 2013 by UAE-based Kreata Global, was covered by YourStory. This was Kerala Startup Village’s first acquisition. Pradeep, who was then working in the Middle East, says he was impressed seeing the success of the startup after reading about its acquisition.

And when Pradeep, with more than 18 years' experience in business administration, finance, and operations, returned to Kerala in 2017 to set up his own company, he got in touch with Anup. Anup currently handles the marketing and branding for monQo. Sheeba is Pradeep’s wife, and Dileep is his brother. The team is 20 people strong at present.

While there are many popular brands such as Drunken Monkey, Keventers, Frozen Bottle, and The ThickShake Factory shaking up the market, Pradeep says all these players are heavily focussed on milkshakes alone. “Ours is the first model in India to experiment milkshakes in a restaurant format, which also offers fusion food. MonQo is the first one to start that in Kerala.”

Pradeep says, “Our USP is bottled milkshakes and fusion of Mediterranean and continental dishes. The competitors are either specialised in milkshakes or they are specialised only in food. This USP is beneficial to both the customers and franchise owners (higher variety and bigger order value)."

He adds, "Entrepreneurs who are looking for profitable milkshake and restaurant franchises will break-even faster with our model, and we have a menu that refreshes every quarter. This will tickle the taste buds of our customers and offer variety.”

Priced between Rs 120 and Rs 330 per item, the founders count alphonso mango shake, butter scotch shake, chocolate shake, chicken burger, and all the wraps as its best sellers.

Also read: [Startup Bharat] These entrepreneurs bring the flavours of India to the whole country

Interestingly, monQo’s first customers were a result of a WhatsApp campaign that went viral. Since then, sales have been growing at 20 percent every quarter, and the founders claim the company’s current annual revenue stands at Rs 2.46 crore (Rs 1.5 crore from B2C and Rs 96 lakh from B2B).

“Our customer base ranges from 15 to 45 years, both male and female. Our brand is closely associated with audience who’d like to click photos of our bottled milkshakes and food for their Instagram posts.”

Initially bootstrapped, the company received its first tranche investment towards an angel round of $100,000 from two HNIs in 2018.

The brand plans to hit 50 franchise outlets pan India this year and increase its presence to 500 outlets globally by 2023.