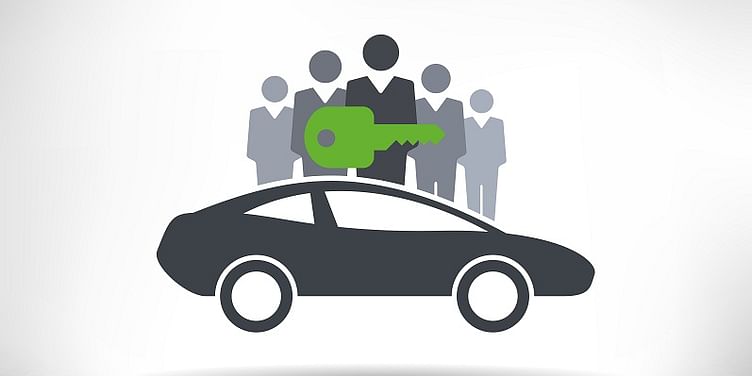 BlaBlaCar, the long-distance ridesharing community, today announced a $200 million Series D investment round led by Insight Venture Partners and Lead Edge Capital with participation from Vostok New Ventures. The company was founded in 2006 by Frédéric Mazzella (CEO), Francis Nappez (CTO), and Nicolas Brusson (COO). The service connects people looking to travel long distances with car owners already going the same way, so both can save money by sharing the cost of their journey.

Since their Series C round in July 2014, BlaBlaCar has expanded across three continents into seven new countries, including three emerging markets – Turkey, India (detailed story here), and Mexico. While it was already established in Europe, it consolidated the market with three acquisitions in Germany, Mexico, and Eastern Europe, including the April 2015 acquisition of carpooling.com.

BlaBlaCar claims to have over 20 million members on their platform across 19 countries. Founder and CEO Frédéric Mazzella, said: “It has been exhilarating to see our vision resonate with so many people globally, as BlaBlaCar’s community has scaled and flourished in new markets. We’ve built a unique activity based on the values of true sharing, and this funding will help unleash even more of its potential over the coming years.”

The Series D comes in response to accelerated growth in Europe and good response in emerging markets, where demand is being fueled by gaps in public transport provision and the high cost of owning and running a car. BlaBlaCar will mainly use the investment to support this continued growth as well as backing future expansion. Currently, the company has its sights on Brazil, Asia, and additional markets in Latin America.

Focusing on existing newer markets, such as India, are at the top of the list for BlaBlaCar. With this round, they hope to continue to build the momentum of inter-city ridesharing in India which is already showing rapid growth. They claim that in the first six months, 3,50,000 seats have been offered on BlaBlaCar across 700 cities in India, with 1.7 crore kms shared.

Jeff Horing, Managing Director at Insight Venture Partners, joins the board. He said: “I’m delighted to join Frédéric, Francis, Nicolas, and the team at this pivotal moment. They have rapidly succeeded in building a unique service and scaling it globally. It’s rare to find a company whose usage volumes are already massive even though it’s only the beginning of a much bigger story.”

In 2013, we had written a piece about 'Why carpooling will fail in India', citing consumer behavior and unreliable public transport to be among the main reasons. But the market has changed to a certain extent both globally and in India, with ridesharing slowly picking up. According to The Economist, peer-to-peer ‘Sharing Economy’ is expected to be a $26 billion market in 2017.

When it comes to short-distance ride sharing, India-based MeruCabs recently introduced its ride-sharing service CarPool, where there is a 'Personal Car’ ride-sharing option for people traveling in the same direction or area. Another player Carzonrent, also entered this space by acquiring ride sharing startup Ridingo. Launched in 2012, Smart Mumbaikar currently claims to be doing 80,000+ on demand carpool rides in Mumbai. In 2014, Cubito, a shared cab service had raised angel investment of over one Crore. Poolcircle founded by Raghu Ramanujam (Ex-Inmobi) has been around since 2014. In January 2015, ridesharing marketplace Tripda had raises $11M from Rocket Internet and others. Another recent entrant in this space is Poolmyride, created by two brothers with a kickstart funding of USD 25000.