Dealocx, a hyperlocal gamified loyalty product, aims to level the playing field for the offline space 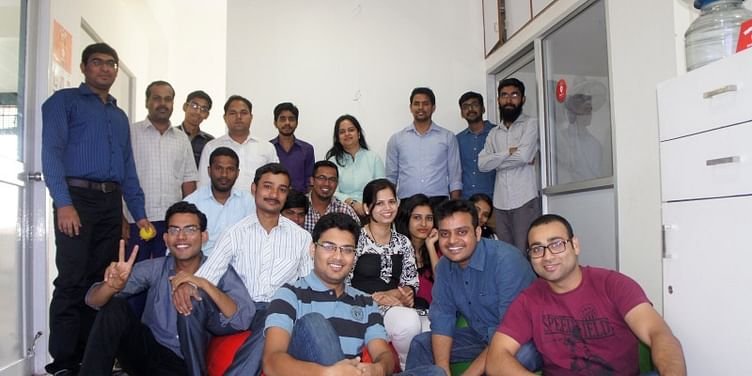 In this growing digital world, it's interesting to see a startup working to level the playing field for offline businesses. Dealocx started by Arpit, Shubham, Piyush, and Prateek is a hyperlocal, gamified loyalty product that focusses on understanding and leveraging consumer behaviour for merchants. "Through the product we are trying to generate more footfalls for the merchants," says Shubham.

In an online business, the team believes that the user’s digital footprint is easily available, making it easier to create targeted promotions. This data isn't easily available in the offline market, unfortunately. On further research, the team realised that offline merchants have three main concerns:

The team also realised that customers needed a system intelligent enough to understand their needs and spending behaviour before sending any promotions. Rewarding customers at regular intervals increases engagement level to a larger extent as compared to giving them one-off discounts and deals.

Working with customers and merchants

Shubham says Dealocx works on a two-pronged approach – one with the customers and the other with the merchants. Customers are rewarded points for eating out at more than 3,000 outlets in Bengaluru. One just has to upload their food bill details and customers are instantly rewarded with movie ticket bookings, mobile recharges and online shopping. "Dealocx leverages multi-layered marketing, helping users earn more rewards points if anyone in their network transacts at outlets," adds Shubham.

On the merchant side, Dealocx works as a cloud-based mobile CRM app to help identify, connect and reward their loyal customers. Through the applications merchants will be able to do promotions, gain real-time insights, deliver contextually-relevant experiences and market with speed and agility.

"They now have access to a richer target audience, based on the curated food bills received from the users. Thus, Dealocx helps them drive more footfalls to their stores and connect with their 'nearby' audiences," says Shubham.

Dealocx provides merchants with a state-of-the-art analytical platform which crunches petabytes of data and creates meaningful reports for merchants to analyse customers.

From the date of launch, the team has been able to enlist more than 3,000 restaurants in Bengaluru and have crossed more than 15,000 downloads. They claim to have generated more than 50 lakh of GMV for the F&B industry in the city. "Most of our downloads are through referrals from the app," adds Shubham.

Team and its core

The organisation follows a flat hierarchical structure. The tech and marketing teams work very closely with one another. "A day in the company ends with box cricket being played in the office," says Shubham.

Arpit drives technology in the company. Prior to joining Dealocx, he was working with CISCO. A BE graduate from SJCE-Mysore, his primary focus is on building a robust architecture for their platform. Prior to setting up Dealocx, Shubham was involved in business consulting for companies like Nihilent and Naspers Group. He has been instrumental in transforming startups like BullBear Device and Recrosoft

An IIM-A alumnus, Prateek is the team's marketing guru. An erstwhile board member of Ogilvy & Mather-India, he has worked with the biggest names in the industry.

Piyush is a serial entrepreneur. Before his foray into the startup world, he was General Manager of IJMII. "With more than twenty years of experience in the corporate hemisphere, Piyush is our head honcho for finance," adds Shubham.

The team intends to increase their consumer base to more than 75,000 users and bring more than 1,000 offline merchants in Bengaluru onto the platform over the next six months. It is actively looking to raise funds.

The hyperlocal space is currently seeing a massive growth. A combination of contributing factors, say entrepreneurs in this industry, has led to this spurt in startup and investor activity. Changing customer behaviour is the primary reason. “Behaviour is tending towards on-demand world over,” says Neeraj Jain, Co-founder of Noida-based Zopper.

Hyperlocal entrepreneurs believe theirs is the model of e-commerce that will succeed. “This space will see more companies and the big players will also enter. Amazon and Ola have entered, so more action can be expected,” says Saurabh of Grofers. Amazon has begun delivering products from kirana stores, while Ola is piloting grocery deliveries.