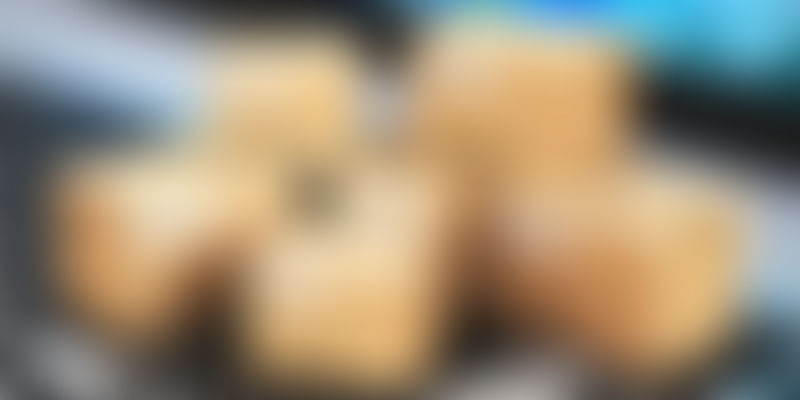 It’s quite often that we have ordered something online and the delivery arrived when we were at office or some other place. When the delivery guy is at your house, you try to make receiving arrangements for the package. You call up your neighbour to check if they can receive your package. They ask a few questions, you explain things. And thus, receiving a mere delivery becomes a tedious task.

Now, Gurgaon-based platform Doorguy is trying to address the problem by providing a delivery solution. Launched in July this year by Anshul Garg who was later joined by Sumit Badwal, Doorguy has rescheduled the usual delivery timing, which is between 10 a.m and 6 p.m. In accordance with consumers’ convenience, the company delivers the package between new delivery hours, which is between 6 p.m. and 12 a.m.

“People don't have time to waste on delivery hassles, especially not when delivery hours often conflict with their work schedules. So, we have reimagined package delivery for e-commerce by perfecting the delivery timing,” says Anshul, Co-founder, Doorguy.

When you sign up at Doorguy’s platform, you’ll receive a personalised shipping address. You can enter this address as your own wherever you shop online. When the platform receives the package, it’ll notify the consumers and let them schedule a delivery time. They can get their packages delivered till midnight any day of the week.

The platform claims the idea is unique and there’s no similar solution available right now. “If we talk about major players in the logistics sector, they have been there for the past few decades and they have not done a single thing to improve users’ experience. If other logistics start doing the same, which is impossible, people will have to have an account or install app for every other courier whereas we are agnostic,” says Anshul.

The platform claims that during its beta version it hardly shipped 25 packages in 40 days. But due to uniqueness of the service, it started growing through word of mouth and after its public launch, it made over 100 shipments in just two weeks. Currently, it has more than 250 registered users on its platform and is growing every day.

Doorguy charges based on number of packages, starting from Rs 19 per package. It has delivery limits based on the size and as the size increases, the pricing changes. It is currently offering the first shipment for free.

“We are also talking to a few e-commerce companies as they are willing to pay for our service since it eliminates re-routing fees and reduces their customer service load and inefficiency,” Anshul adds.

According to a survey conducted in 2013, for every billion shipments, 20 million were not delivered successfully in their first attempt. Though it’s a small percentage, the number is quite high. There is a huge business opportunity in this segment when the cause of unsuccessful shipment is known.

“However, we still don't know how the market is going to react. Being first movers, we can capture a huge portion of the market if things go according to our plan,” says Anshul.

Currently, the platform is focussing on user acquisitions and retention. At the same time, it’s also looking to raise capital. According to Anshul, this market is capital intensive and won't go too far without raising any funding.

With the growth of e-commerce industry, demand for e-commerce-focussed logistics has also escalated. Ecom Express, gojavas, Delhivery and DotZot, among others are some of the formidable players in the segment making the supply chain smooth for e-commerce players. However, there is still huge scope for startups that can bring efficient solutions to meet the massive scale of e-commerce.

Currently, Doorguy is operational in Gurgaon only but is planning to expand too NCR soon. The company is also working on a mobile app, which will be a better alternative to the existing web-only solution.