‘Fight and you will survive:’ Bomb blast survivor Malvika Iyer on rebuilding a worthy life 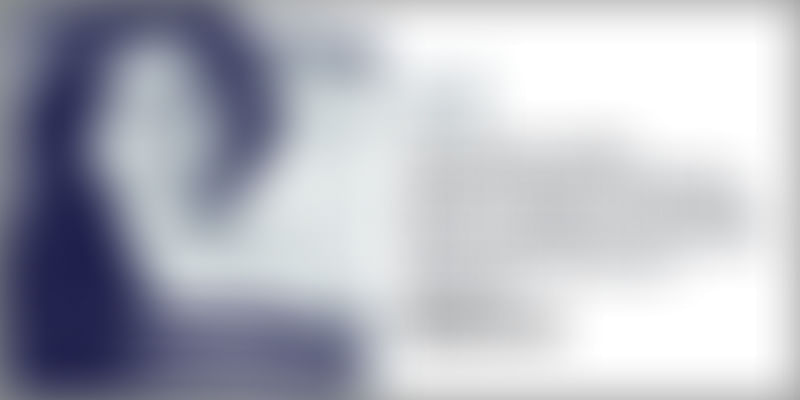 Malvika Iyer remembers that day in 2002 like it was yesterday. “It was a stiflingly hot day on the 26th of May 2002. I was thirteen years old and had finished about a month and a half of class 9 when the school gave out for summer vacations. It was a Sunday afternoon and some guests had come over to meet my parents. My father sat in the drawing room with them while my sister was in the kitchen preparing tea. My mother was outside filling water in the cooler.

I was wearing a snazzy outfit when, to my chagrin, I discovered one of the jeans pocket was torn and hanging out. I had the brilliant idea of applying Fevicol to the torn edges and sticking it back together with the jeans. I went to the garage in search of a heavy blunt object which I could use to apply pressure on the glued edged.”

Malvika was unaware that earlier on an ammunition depot had caught fire near the colony, in Bikaner, where the Iyer family stayed. Bomb pieces were scattered around the neighbourhood as a consequence of that. When thirteen year old Malvika ventured into her family’s garage to search out a blunt object with which to jam in the glued pocket to her jeans, she came across an innocuous looking thing and took it with her back to her room. She had no idea that it was a grenade.

“It was 1.15 pm in the afternoon. I remember the time exactly because the clock in my room stopped working at the time of the explosion,” she says quietly. “I took the shell and jabbed it to the pocket. When I repeated the action, it exploded.”

When her parents heard the sound of blast come from her room, they thought it was the TV. “Naturally no one would expect a bomb going off in their teenage daughter’s bedroom,” Malvika says matter of factly. She didn’t lose consciousness, neither did she feel any pain. Her body’s nervous system shut down and amidst the frantic scene that ensued, she took on the role of a curiously detached observer.

“My mom was screaming, ‘Meri beti ke haath chaley gaye’ (my daughter’s hands are blown off). My father and his friend extricated my tangled mass of a body and put me in the car. It was a bloodbath. But everyone was so horrified by the sight of my hands that little heed was paid to the legs,” Malvika says. Once she had been bundled in the backseat of her father’s jeep, it was she who noticed that her legs were hanging by the merest scrap of skin from her body. “Uncle catch my legs. They are going to fall off from my body,” she exclaimed to her father’s friend. The shocked man tied a handkerchief around them, as best as his trembling hands could muster.

It took four days for her body to begin to feel pain. “But what pain it was. Red hot agony sliced through my charred body mercilessly. The risk of infection in my legs was too great, the doctors cautioned, because a million tiny pieces of the grenade were lodged in there. So those wounds were kept open for three months as they kept cleaning it vigorously.”

Before the accident Malvika remembers her childhood to be an idyllic haven. “I was a tomboy through and through,” she grins. “I was the de facto leader among the group of kids in my colony, manoeuvring us into all kinds of mischief. An overactive child obsessed with music, dance and sports. But I could spend hours dressing up, putting on makeup and being girly. Dance was one of my great loves. I spent seven years training in Kathak but would start twirling to any music, be it Bollywood, disco or classical.”

These memories saw her through the next 18 months of surgery and therapy while she endured unbearable pain. But once she made her way back home, the haunting emptiness of her new life terrified her more. “All my friends were preparing for board exams and making plans for the life ahead. I had no idea what to do with mine or how to go about it,” Malvika remembers. She was in no condition to resume school and no one expected her to either. But she desperately needed a sense of normalcy and so decided to appear for the upcoming board exams.

She had missed class 9 and 10. The board exams were three months away and she was mostly bed ridden. It was crazy to want to sit for them. “But it was not a love for academics why I wanted to give those exams,” Malvika says. She had always been an average student, more interested in the mirth of childhood rather than the drab world of academia. “But this time I had something to prove- both to myself and the world.” She registered for the exams in private and jumped into her books wholeheartedly, taking help from a local coaching centre.

Those three months Malvika worked harder than she ever had. “My mom literally carried me to the coaching centre. I had to dictate my exams- diagrams, equations, maths, and science.” After the exams were over, she felt confident that not only would she pass, but would do well. How well she did exceeded all expectations. “When the results were out, my life changed overnight,” she remembers excitedly.

Malvika scored 483 out of 500 and was a state rank holder. She got 100 in maths and science and stood first in Hindi with a 97. Suddenly there was a torrent of media attention where everyone wanted to know how a severely disabled girl who had been in a bomb blast not long ago could have such a terrific score. She was invited to meet President A.P.J. Abdul Kalam. It was a life affirming moment for the teenager dealing with the loss of her life as she knew it. In many ways though it felt like nothing had changed. “I loved dressing up then and I loved dressing up now. I wanted to wear different clothes for every different interview and make sure I appeared pretty,” she giggles.

Malvika had been desolate to the point of being broken. These results changed all that. She had proven to the world that she was more than her disability, but more importantly: “I had proven to myself my strength.” She made the decision to go to school full time for her plus two. “I made up my mind to go to the best college in the country for my undergrad.” And she did, going to St. Stephens and graduating in economics with honours.

The more she came out of her own shell and interacted with people, the stronger and more confident she became. But vestiges of doubt and self-pity remained. “Seeing my peers have a normal life and enjoy the things I couldn’t do made me miserable,” she says. “I was consumed by what I could not be and could not do.” This world view underwent a major change when she started her masters in social work from the Delhi School of Social Work. As a part of her fieldwork, Malvika had to teach differently abled children. Here she saw first-hand the courage and strength of these children that she was assigned to teach. “I ended up learning so much from them instead,” she says misty eyed.

All the harsh judgements that she would subject herself to went out of the window. “After the accident, people told me my life was over. That I am a girl and who would want to marry me now. I would be dictated lists of things I can and cannot do. And I believed them.” After spending time with her little differently abled students she began to think differently. “When I started believing in myself, that’s when the magic started to happen.”

Today Malvika is a PhD scholar and an international motivational speaker. She’s just back from a gig in Norway and is preparing for the next one. Her phenomenal TED talk has been viewed thousands of times on Youtube. Given her love for clothes and dressing up, she models frequently for designers who make clothes for differently abled individuals. “Being on the ramp, with the spotlights on me is my own fairy tale Bollywood moment. I can’t wear heels, so I have to make do with this pair of ugly floaters. But in that moment the world is my oyster.”Malvika’s struggles are not behind her. She tells me, “The other day I was in a market in Chennai. It was a sweltering hot day. I was sweating profusely and my prosthetic hands fell down.” She describes the perplexing, and somewhat horrified, reactions of the people around her and we laugh hysterically. “They didn’t know what to make of me,” she adds. Her legs are a gnarled and tangled mess of bone. “It used to bother me how ugly they are,” she says and recounts the time she went to a doctor to check out options of cosmetic surgery. The doctor told her that with her injuries, she would never be able to walk again, forget undergoing surgery. She quietly informed him, “Doctor, I walked to your clinic.”

The doctor was impressed but told her that surgery was out of the question. 70-80 % of nerves on her legs were destroyed. She needed to preserve what little function it had left so she could maintain her walking ability, severely limited though it is.

People constantly remind Malvika of her disability. But she says she lives by Scott Hamilton’s words, “The only disability in life is a bad attitude.” “I have come to realize that I could be the President of India and people would still pity me. It’s in their nature. Now I concentrate on my own abilities and not people’s reactions towards me. That’s all it took to change my life.”

Malvika is in a committed relationship with a loving partner. Personally and professionally she has wonderful things to look forward to this year. Before signing off she offers a piece of hard earned advice: “I sometimes feel grateful for the blast. I think of the average life I would have been leading and look around and see the amazing opportunities that I get to experience now. My disability is a shield against a life of mediocrity.”

“Opportunities are there for every one of us. Don’t give in. Fight and you will survive.”