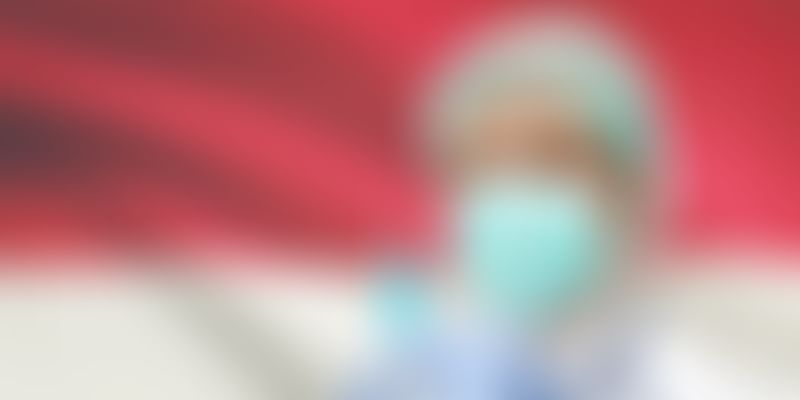 In line with their expansion plans, Practo announced its entry into the Indonesian markets yesterday. Shashank ND, Co-founder and CEO of Practo, said that this is the first among a line of international expansions for this healthtech organisation. Practo, he says, aims to equip consumers in 10 countries with better healthcare choices by March 2016.

In Indonesia, Practo will be providing consumers the option of searching for doctors through a database of over 4,200 doctors, and will cover over 60 per cent of the clinics in Jakarta DKI. The fourth-most populous country in the world is today considered to be one of the largest markets for healthcare.

The team, Shashank adds, is on a mission to help people have healthier, longer lives and that is the reason they are in this market as well. Over the coming months, Practo will continue to expand its presence in the region, cover more cities, launch more of its products and expand into segments beyond doctors to cover wellness, fitness, curative, and others.

The growing healthcare sector in Indonesia

A combination of several economic, demographic and critical factors makes Indonesia a ripe market. The rising middle class, a transitional shift to better lifestyle choices and a changed social security system are believed to be the contributing factors for a growing healthcare market.

According to reports published in April this year by consulting and market research company Frost and Sullivan, the healthcare market in Indonesia is expected to touch USD 21 billion by 2019. The report went ahead to say that by the end of this year areas like healthtech and diagnostics will see a faster pace of growth. It also notes there is a huge opportunity to attract non-conventional and healthtech players into the market after several open and friendly foreign investment policies. There has been a steady increase in nationwide spending on healthcare at an average annual rate of 14.9 per cent.

Shashank says, “While there is a rapidly growing internet user base in Indonesia, the country also faces unique challenges with healthcare access and information asymmetry, with consumers not having adequate information about which healthcare practitioner to visit.”

He adds that currently there is a lack of technological intervention to improve access to information for making better healthcare choices. This is where Practo, Shashank says, fits in and fills the gap by providing access and enabling digitised healthcare.

There are several factors that make Indonesia unique - one of the biggest archipelago’s in the world, one of the youngest and third largest democracy and an exporter of high-value comodities. With a growing and young population and consumer base of over 240 million people, the lower middle income group of people in Indonesia continues to rise.

According to the Global Business Guide, the GDP per capita at PPP at the end of 2010 was USD 4200. Presently, close to 50 per cent of the population is believed to be below the age of 30, which is said to have a low dependency ratio, pushing it in the transitional demographic phase. According to World Bank, this optimal space for Indonesia is believed to continue at least till 2020.

The GBG further predicts such factors open a window of opportunity for investment in sectors across manufacturing, infrastructure and services.

A comparative study of India and Indonesia

However, Indonesia also has one of the lowest doctor-to-population ratio in the world (0.2 for 1,000 people), and lacks in advanced healthcare infrastructure, when compared to India and other SEA countries. This, nevertheless, is changing with the added government focus in the space.

According to Numbeo, a crowd-sourced database on comparative studies, both India and Indonesia have somewhat similar healthcare needs and facilities.

The table shows a comparison between the Delhi and Jakarta. (Source: Numbeo)

While there is Tab a Doctor, which helps Indonesian patients find doctors in Signapore and Malaysia, Shashank believes that there isn’t a solution in the market that provides the complete hyperloop solution that Practo will provide. “From the search platform to Practo Ray, the cloud-based SaaS product for clinic management, their offerings are unique, and right off the bat we are seeing really good reception for the products and are excited about leading the healthcare transformation in the country,” says Shashank.