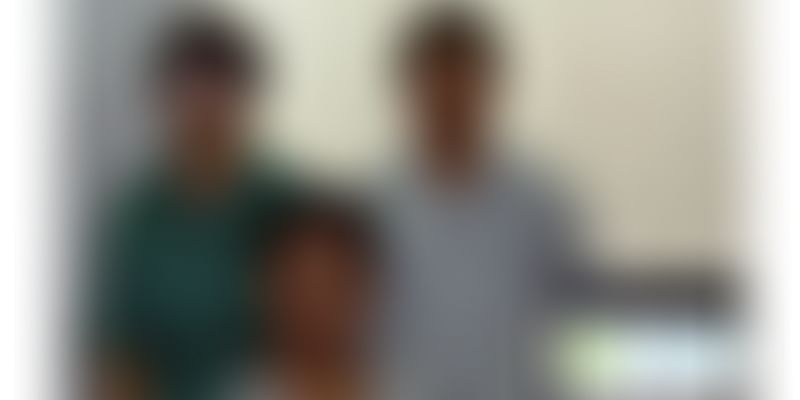 Suvidhaa Infoserve is a large Indian payment management company that has announced the completion of acquisition process of AasaanPay’s mPOS (mobile Point Of Sale) Technology Platform along with IP and shifting the core technology team lead by CTO Mr. Pruthvi Sabbu from Hyderabad based AasaanPay. Suvidhaa handles remittances and payment transactions worth over Rs. 8,000 crores annually and this technology will enable transactions to be carried via a smart phone instead of the traditional bulky POS machine. Only the technology part of AasaaPay has been sold and industry sources estimate the deal to be in a range higher than three crores.

Suvidhaa was founded in the year 2007 to offer a range of B2C/G2C services ranging from rail/air/bus ticketing, renewal insurance premium collection, utility bill payment and mobile/DTH recharges. In 2011, Suvidhaa launched its Cash2Bank model partnering with Yes Bank & later with Axis Bank. Suvidhaa received angel funding from Mr. Shapoorji Pallonji Mistry and subsequently Venture funding from NVP (USA), Reliance Capital (ADAG Group), IFC (World Bank Group) & Mitsui & Co. On the other hand, AasaanPay is a mobile-based POS service provider for emerging markets. The company was co-founded in early 2011 by Sainath Gupta, Pruthvi Sabbu, Shashank Sahni and Srikanth Chakkilam. PCI-DSS, PCI-PTS, EMV L1 & L2 certified, AasaanPay got its funding from Tvarita Capital. Talking of the development, founder and CEO of AasaanPay Sainath Gupta said, “Mobile is the next step in evolution of payments in India. Our technology will enable merchants to accept card payments and Cash@POS services in a hassle free way on their smart phone with the help of a card”.​

The press release from Suvidhaa states that India has approximately 650 million cards, whereas only 2 lakhs ATMs and about 10 Lakhs POS outlets. This acquisition will fast track Suvidhaa’s plan to penetrate small merchants and tap bottom of pyramid customers. Speaking on the development, Mr. Paresh Rajde, Founder of Suvidhaa Infoserve said, “We have been exploring several ideas to tap the 15 crore cards issued under Jandhan Yojana and enhance the card acceptance ecosystem. Hence, any technology that cuts out the infrastructure bottleneck as well as reduces cost will be a game changer. This technology acquisition will accelerate our merchant acquiring capabilities several times and our technology will also find synergies for rapid expansion of new payment bank license holders. We already have partnered with Axis Bank for launching India’s first Aadhar based e-KYC Prepaid card and mPOS with State Bank of India (SBI).”

The platform will enable Cash@POS, money transfers and card payment transactions. RBI recently enhanced the Cash@POS transaction limits to Rs. 2000 for rural areas. Under this cash withdrawal facility, which serves as a micro-ATM, a customer can walk into the merchant establishment and withdraw cash using the PIN code as in an ATM. The young Aasaanpay team consisting of Sainath Gupta, Pruthvi Sabbu and Shashank Sahni dropped their education and started AasaanPay in 2011 while Srikanth Chakkilam funded the venture in its initial days.

This is an encouraging development in the payments space which is highly regulated and to an extent, rightly so. Paytm is taking significant strides in the payments space​ and when it comes to POS players, PineLabs is a success story, Ezetap is a key emerging player, Sequoia has backed CitrusPay and there are a few others in the space. In terms of consolidation, Hitachi acquired Prizm Payments in 2013 and this acquisition of Aasaanpay's tech platform is another step in that direction.