Not just God’s own country, but citizen’s haven – The effect of the Kerala Model 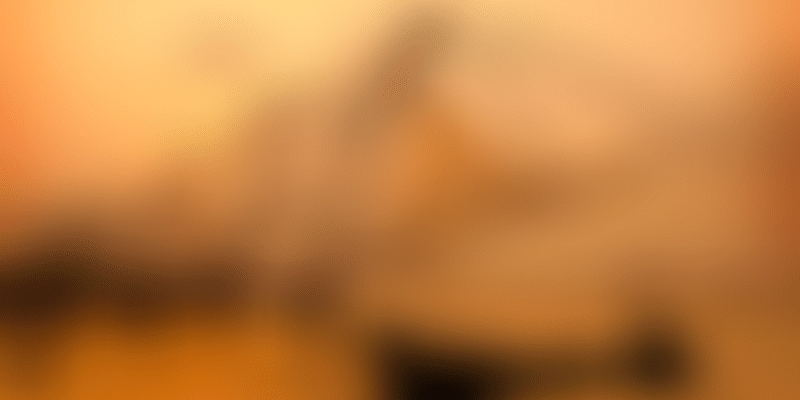 For someone who is not from Kerala, I thought Onam would be the perfect time to see Kerala in celebration. Little did I know that a visit to the Trivandrum zoo (which is absolutely litter free) would make me understand why the Kerala Model is spoken about at TED talks, written about in Harvard Business Review and is revered across the world.

After having seen the deers and hippos, I was headed to see the reptiles, for which there was a queue that everyone was more than happy to wait in. And standing right there, in the middle of the zoo was a blue booth. I paid attention and it said – eToilet. “Good thinking by the zoo people”, I thought to myself. But I was hit by shock and awe when a man said – It is unmanned and a perfect example of technology being put to good use – it cleans itself.

With topping the state-wise literacy chart in India, Kerala is doing many things right. Here’s some of why the state is not just God’s own country but a citizen’s haven too.

It’s not just education that they’ve been acing. Take any recognized health indicator, Kerala beats India’s average e.g. Kerala’s average expectancy is at 74, whereas India’s at 63.5. Maternal mortality rate (per lakh live births) in Kerala is at 40 while, India’s average sits at 301. The term ‘Kerala Model’ was coined after the style of development Kerala adopted.

This state has achieved improvements in the Rural, Maternal, New-born and Childcare (RMNCH) segments which are reflected in the health indicators. It comes as a surprise to many Indians that when it comes to many indicators of social development, Kerala is at par with many developed countries even though the states per capita income is much lower.

In an article written by Bill McKibben, an American environmentalist, author, and journalist, he talks about his conversation with M. N Sivaram, the representative of International Family Planning Association. Sivaram told him that the two-child family is the social norm in Kerala. Sivaram also told Bill, “When we send our surveyors out, people are embarrassed to say if they have more than two kids. Seven or eight years ago, the norm was three children and we thought we were doing pretty good. Now it’s two, and among the most educated people, it’s one.” The numbers corroborate what Sivaram said – Kerala’s total fertility rate per woman is 1.7 as compared to India’s 2.9.

Kerala has paid special attention to its women. A simple fact will put things in perspective – While Haryana’s skewed sex ratio gives us the jitters and inspires movies like Matrubhoomi, in Kerala, the women outnumber the men. Some women centric initiatives worth mentioning are:

Launched in 1998, Kudumbashree is a female-focussed, poverty reduction project of Government of Kerala. The mission. It aims at empowering women through SHGs (Self Help Groups) and encouraging women to don their entrepreneurial hats. The purpose of the mission is to ensure that the women should no longer remain as passive recipients of public assistance, but active leaders in women-involved development initiatives.

She Taxi – for the women, by the women

Understanding the need for empowerment, job-creation and safety, Gender Park, an autonomous institution promoted by the Department of Social Justice, Government of Kerala State, started She Taxi – a fleet of taxicabs, owned and operated by women, for transporting women commuters exclusively on 19 November 2013 in Thiruvananthapuram.

A model we could adopt from

No one puts it better than author and environmentalist Bill McKibben

Kerala, a state in India, is a bizarre anomaly among developing nations, a place that offers real hope for the future of the Third World. Though not much larger than Maryland, Kerala has a population as big as California’s and a per capita annual income of less than $300. But its infant mortality rate is very low, its literacy rate among the highest on Earth, and its birth-rate below America’s and falling faster. Kerala’s residents live nearly as long as Americans or Europeans. Though mostly a land of paddy-covered plains, statistically Kerala stands out as the Mount Everest of social development; there’s truly no place like it.

Kerala has been criticised for its chronic unemployment issues and budget deficits that may be out of control, but these are problems that are found around the world as well. UK and France have had similar problems.

Kerala also seems to be warming up to the startup scene. There is KeralaStartups.org that is a non profit organisation working with the objective of building a vibrant startup ecosystem in Kerala. The Government has laid down a policy for startups as well. Young college graduates are now looking at startups instead of the corporate jobs, e.g Abin Jose Tom founded Webandcrafts in Thrissur. Kochi seems to be a hot startup spot.

With Kerala learning from its cousins and heating up to the startup scene, we can’t help but wonder, why the rest of India has not paid attention to the Kerala model.