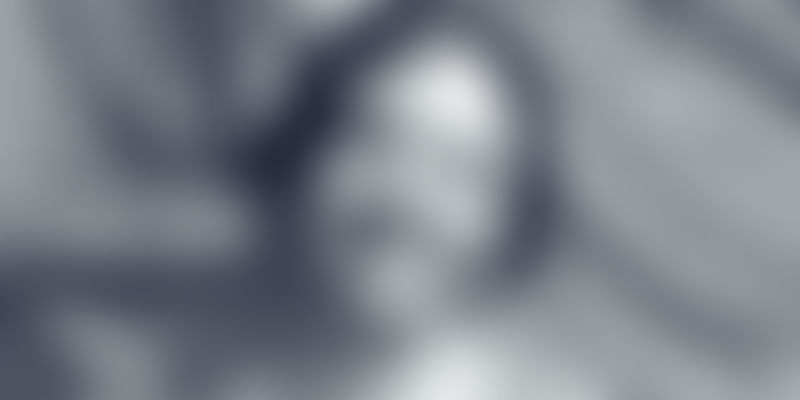 “My wheelchair-bound younger brother loved music. As he listened to his favourite tunes, he would use his upper body and hands to bang at his wheelchair and almost fall out from it. Sometimes we would sway our bodies together to the songs he loved, he seemed so enthralled with the whole idea.”

“A second instance is what happened to me while I was getting trained in classical dance at Kalakshetra, an arts college in Chennai. I noticed some visually impaired boys learning to sing and play the flute. It was amazing to see their bodies too move to the music they were playing,” says Tripura Kashyap, a popular dance therapist who soon started exploring the possibilities of making movement experiences useful for people with both mental and physical challenges.

Born in Mysore, Tripura’s father was a quality controller in textiles. Born with a squint in the eye, her parents were told to get her into Bharatnatyam as that would help rectify the condition. And indeed, the squint condition did vanish six months into the practice. It helped that her father pursued classical music as a serious hobby and her mother was an artist. Thanks largely to them, she always had a creative atmosphere at home.

Tripura’s family moved to Africa for some years and she learnt quite a lot there. As a teenager, she did something rather interesting there – she choreographed a lot of popular songs. “That gave me a lot of exposure,” says Tripura, who on returning to India, went to Kalakshetra to learn. There she worked with performing artist Chandralekha for 10 years. It was Chandralekha who taught her the nuances of bringing the contemporary into the classical domain.

A chance encounter with a specialist

After her study in classical dance, she happened to meet Grace Valentine, an American dance therapist in Bengaluru. At that point, Tripura was helping the library at the Institute of World Culture, Basavanagudi, to re-organize their books. “She was the one who asked me what was I doing in a library,” recalls Tripura adding that Grace helped her realize that dance could be used as a therapy for people with mental, physical and emotional challenges. Such a practice is believed to have existed in America for long. “On knowing my interest, she invited me to study at the centre where she worked,” says Tripura adding that it was how she went to study dance therapy for two years at the Hancock Center for Dance/Movement Therapy in Wisconsin. It was while pursuing her course there that she learnt that dance can be used as a therapy for people with special needs.

Before she left for the US, another incident occurred. Tripura went on a dance tour to Moscow with Chandralekha and two other artists who had choreographed two hundred Indian folk dance groups to perform at the opening ceremony of a public function. Tripura was amazed at the diversity of the Indian folk dance forms and she later incorporated a few elements from folk as well as traditional dance forms in her own therapy.

Soon after, Tripura left for the US where she studied the nuances of the therapy. From the theoretical or the practical tidbits to psychology, physiology, modern dance and movement analysis, she learnt it all and even gained practical experience by its application in various age-groups.

On her return to India in 1990, she made Bengaluru her base. Apart from working with children and adults with challenges, she began conducting training programmes for special educators, teachers and mental health professionals too.

I got back to India at a time when people had not heard of something called ‘dance therapy’. I pioneered it here and even got into doing workshops and training people,

says Tripura. She performed a lot during the 1990-99 period and was awarded the prestigious Ashoka International Fellowship for her pioneering work.

The idea was always to explore the therapeutic potential of the Indian dance form.

And there certainly has been no looking back from there on. She founded the Apoorva Dance Theatre in Bengaluru. She is currently exploring a newer area of specialisation – of teaching subjects like Mathematics, Science through dance and believes it to be possible.

Realising that the few dance therapists that exist in India are all working in isolation, Tripura got them all under a common banner of Creative Movement Therapy Association of India. On November 28 and 29, a global conference is being held in Bengaluru where artists from across the world are expected to come down to share more on this art form.