Women in Technology: Making the Best of College 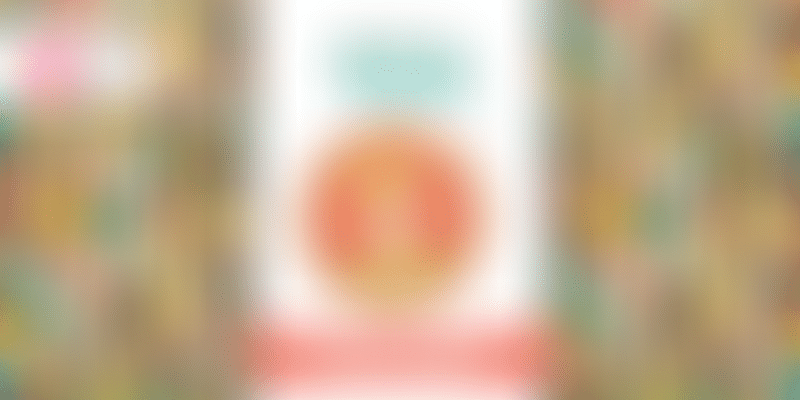 Recently, I was chatting with a friend about retaining women interested in STEM in undergraduate colleges. We both concluded that systematic change can only come about when the primary stakeholders, universities and women undergraduates, work towards a common point. My previous article focused on a top-down approach that universities can employ to retain women in STEM courses. As universities deploy these strategies, more women should take advantage of these changes to pursue their interests in STEM. My friend then pointed out that this situation was very similar to the double pyramid business-social model he’d studied. As I read about the model, I definitely saw the analogy.

The top pyramid in the model signifies the businesses selling a product; in our discussion, it’s the universities providing education in STEM. The bottom pyramid is comprised of the community or the social aspect of the business; for us, it’s women interested in a STEM education. By structuring the model this way, the connection and interdependence between the two pyramids becomes apparent – they cannot exist independent of each other, and the top pyramid can balance best when fully engaged with the bottom pyramid.

Everyone, from companies to universities, is realizing that more women are required in the STEM workforce. We are, therefore, quickly moving towards a situation where universities cannot realize their full potential to deploy an education in STEM without engaging 50% of the population – women. Women interested in STEM benefit when universities deploy strategies that make it more encouraging for them. The best way to increase enrollment and retention is for universities to fully engage with the women and deal with the deterrents they face.

Switching our focus to the bottom pyramid, let’s take a look at why women interested in STEM should enroll and remain in it:

(i) Critical problems are solved using science and technology, and the impact of these solutions are often at massive scales. STEM has, directly or indirectly, changed a lot of lives and working at the helm of this change is very rewarding.

(ii) STEM is a forward-looking field. In today’s world, all of our lives are inextricably connected to tech and science, and this won’t change in the future. Although there is flux in the tech industry, the upward trend in the number and types of jobs cannot be denied. A career in STEM can afford one financial and career stability.

(iii) While the percentages of women in STEM are pretty low, there are still more women in tech today than ever before. A lot of work is underway to improve the numbers, and women play the biggest role in this wave by establishing a legacy, setting an example, and help celebrate progress. Women interested in STEM are opting out today before recognizing the legacy they can be part of if they persevere.

(iv) A significant number of women are dropping out of STEM courses in US colleges due to reasons that have nothing to do with waning interest – lack of mentorship, stereotypes, bias, and so on. That’s very disheartening because women aren’t seeing a future for themselves in STEM despite their interest in it. While other stakeholders take steps to retain women in STEM, women must recognize that their interests in STEM can primarily be leveraged by themselves as many did before them.

(v) An important example of (iv) are women dropping out of STEM in college because of the low number of women in the STEM workforce. This has become a vicious cycle where the small number of women in the technical workforce deters women from pursuing STEM thus leading to fewer women in the workforce. This cycle can only be broken when two things happen in parallel – firstly, companies taking steps to recognize and eliminate gender discrimination at work. Secondly, when more women join and stay in the workforce and demand change. We can accelerate the changes companies are making from the inside.

All this being said, recognizing the benefits of pursuing interests in STEM sometimes isn’t enough when you’re in college. Here’s my take on a few things that might help.

A dose of optimism

College is the defining point of anyone’s career and what one does through their life. Take charge of it because no one else is going to. You are solely responsible for pursuing your interests and getting through your course load. If you’re in a male-dominated class and that’s intimidating, it might help to think of it this way: everyone in that class, male or female, are intimidated by tough courses. Most male students aren’t intentionally keeping women out of study/project groups. A few men that I interviewed did corroborate this – their course loads were so intense that they had no recollection of how many women were in the class or whether they spoke up in class or not. Similarly, the professors and TAs have a lot on their plates as well and may not have the bandwidth to realize this.

If you see the beauty in math and code and mechanics like many men and women before you, don’t let the lack of women in the class deter you. You’ve already broken the conditioning cycle by retaining your interest in STEM and intending to pursue it in college. Why stop there? Speak up in class and TA sessions. If you want to be included in study groups, walk up to the guys you want to study with and ask them. While some of them might refuse due to gender bias, not all of them will. It might be easier if you remind yourself that, male or female, most students in those tough classes have to rely on study groups to finish assignments – you’re not the only one. Also, making friends in that class, male or female, will prove useful not just through college but when you join the workforce as well. That’s the beginning of the network that will support you through your career.

Seeking out role and peer models

Role models and peers certainly help. So seek out the women on campus – senior students, undergraduate and graduate, and female professors in STEM – and ask them why they chose STEM. Ask them how they did it and what they like about it. Joining organizations like Society of Women Engineers (SWE) and mentorship programs like WitsOn can help you meet women who’ve excelled in those courses before you.

Don’t stop there – seek out women in the technical workforce. While we’re all lamenting about there not being enough women in the tech industry, the number most certainly isn’t zero. There are some great tools – LinkedIn, college career centers – to reach out to these women, especially alumni from your college. Learning the reality of a STEM career before calling it quits in college is always excellent calibration.

Even if you don’t actively seek out women to talk to, take heart in the fact that women before you have battled what you have and come out the victor. Whenever stereotypes, bias and discouragement is thrown your way, try and remind yourself of pioneers like Elizabeth Holmes of Theranos, Google’s “Security Princess” Parisa Tabriz, and so on.

And role models for women don’t necessarily have to be women, do they? If you focus on the tech and not the gender, there are so many role models to emulate. Also, men in STEM may not face gender inequality, but a fair number of them face other issues like financial hardships, disabilities, and racial discrimination. At the end of the day, STEM is tough for almost everyone, and everybody pursuing it has to work hard. Seek out people who’ve persevered through it and learn from them.

Role models should speak up

On the other end, women who have persevered through tough STEM majors and are now successful scientists and engineers must come out more and talk about what they like about their jobs. I’ve personally observed that often when women are invited to speak at colleges events like SWE, we tend to focus on the “woman” in “woman engineer”, and not the “engineer”. Focusing on women is an important conversation for equality and understanding how women are sometimes placed at a disadvantage for being female. However, making engineering and science the focus at these events will help women see the rewarding aspect of a STEM career.

Role models aren’t just the Padmashree Warriors and Marissa Mayers of the world. Each and every woman who studied all those tough courses, even if they were in male-dominated classes and are working in a STEM career, are role models for the women out there who are interested in STEM. Speaking up more about our jobs will encourage more women to join and add to the gender equality movement.