Giving wheels to the differently abled and wings to their dreams 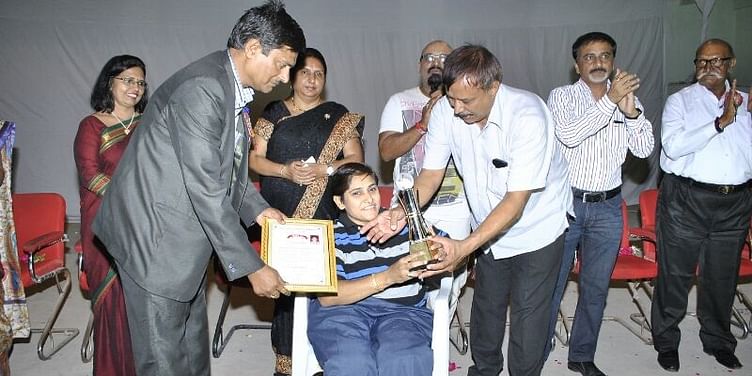 In 2012, Harish Kumar decided to take a break from work. Armed with an M.Sc from IIT Roorkee and an M.Tech from IIT Delhi, by 2012, he’d almost spent two decades in the telecom space. What did he want to do in his year-long break? He followed his passion – driving. He took up the All India Driving Expedition, creating a new national record in the Limca Book of Records. “Nobody had attempted such an expedition solo. It was always a team challenge. I was the first person in the country, and that too differently abled who had applied for this expedition solo.”

Insight into other problems

Having registered a national record, Harish had media flocking to him, interviews, articles, radio shows et al. People got to know how a differently abled man had beat all odds and done better than people who did not have any restrictions.

Differently-abled people started reaching out to Harish and expressed their woes about how tough it was for them to even get a license from the RTO and how there were no driving schools that accommodated them. “I’d gone through so much trouble to get my license in 1999, I had to convince so many people, and I knew how tough it was and continues to be. Differently abled people face tremendous hurdles in mobility. There are no wheel chair accessible vehicles and the public transport is not disabled friendly. Since I have myself experienced these hurdles I decided to work for the cause.” And that led Harish to open a driving school for the differently abled population in Ahmedabad.

“I started exploring outside Ahmedabad if there was any driving school just for the differently abled and I found that even in the major cities, there was no such dedicated driving school.” In 2013, Harish started researching on how he could setup a school. With many clearances, documentation and research required, Harish first decided to setup an NGO, and went back to his job till the time the logistic were in place.

In November 2014, he finally quit his job and in January 2015, he submitted his driving school proposal to the commissioner of transport in Ahmedabad. “Since there is no example of such a school, I submitted the proposal to get a go-ahead. Before I got into buying a car and investing, I needed the approval.”

Once the approvals were in place, Ability on Wheels launched a first of its kind in the country driving school exclusively for the differently abled using customized cars in Ahmedabad.

Harish tells us that physically challenged people have to first buy a car, get it modified, get an approval from the RTO, and only then are they provided with a learner’s license. This deprives them of the right to first learn and then buy a car. Also since there is no such driving school they have to learn on their own. Due to this big stumbling block many physically challenged people hesitate in buying a car and hence are deprived of the freedom and independence. With Ability on Wheels, this problem is now taken care of.

Ability on Wheels driving school has cars with various modifications to teach driving to people with a variety of handicaps – problem in the left leg, right leg, both legs, and in either of the arms.

The other goal that Harish wants to attain is employment generation. He wants to teach differently abled people from underserved communities, who can then become financially independent with this skill. With startups in the logistics space on the rise, the goal certainly seems achievable.

The end of a search for many

We ask Harish how the response has been and he shares with us the story of Savita Modi, the very first student he taught. “She has problems in both her legs. She used to ride a two wheeler with a support wheel. She would often tell her father that she wanted to drive a car but her father was not sure if she would be able to drive a car.” Savita’s search ended when she found Ability on Wheels. Today, Savita drives with panache.

Harish also wants to setup such schools across the country. “There are an estimated 60 million people in the country who are differently abled with mobility restrictions and every year ~ 1 lac people get added in the list. Ability on Wheels is an effort to encourage the differently abled people to take a big leap towards leading a normal life by providing mobility and accessibility services, and solutions”, says Harish on a parting note.