Building a culture that lasts: experiments with people, culture and productivity at SocialCops 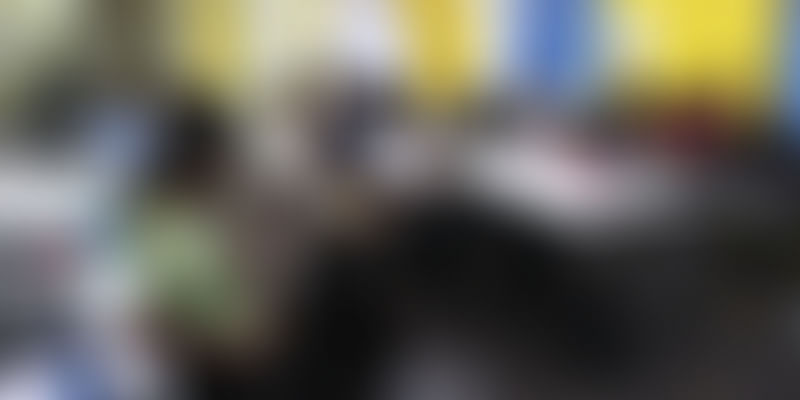 Companies are not sprints; they are marathons. The problems you solve will change, your products will evolve, but the one thing that will remain the same is your people. Culture to us is who we are and what we want to collectively accomplish in the prime years of our existence.

When we started building the team at SocialCops, we were novices at building companies. As two first-time founders who had never hired anyone, we set out to read and learn from the companies that inspired us.

We learnt from the way Google hired, the transparency built by Buffer and Stripe, and the culture built by Airbnb and Zappos. We also learnt from slightly different examples: from nonprofits like Goonj that had garnered respect, trust and loyalty from the community.

Then we went about trying to implement a lot of what we learnt and read about, and built in mini experiments about what would work and what wouldn’t. Here are some things that we’ve learnt from our experiments with people, culture and productivity:

Hire people who care deeply about your mission. Spend time on your hiring. Even when you are two people in a room, your startup could potentially change the world. Before you hire your first team member, I highly recommend you read How Google Works and watch this video where Brian Chesky (Airbnb) talks about culture.

This can seem hard when you’re really short-staffed, have raised a round of funding and seriously need to hire some kickass people. It is easy to compromise. It is easy to say that you will fix your hiring mistakes later. Don’t make that mistake. You have enough battles to fight as a startup. Don’t get to a point that you’d have to fight battles with bad employees and internal team politics!

We’ve iterated on our hiring processes multiple times before we zeroed in on the process we follow today. A good way to build yours is to understand what you want to test in a candidate. We decided that we’d like to test for : 1) Passion and mission alignment 2) Skills and intelligence 3) Hardwork, integrity and jugaad. So we created a process that goes as follows:

Every company hires differently, but be sure to draft this process with care!

Most of the time that you’re at a startup, you’re running fast. And when you’re stuck in execution for days and nights together, it becomes impossible sometimes to zoom out and focus on the larger picture. This becomes unsustainable in the long run.

We started a tradition of monthly townhalls, wherein the entire team gets together for a day devoted to learning from our last month and planning for the next month.

We reflect on the past month, the good and the bad (truly crowdsourced) and then plan for the next month. First, the team gives inputs on what we should do to win in the coming month. Next, individual teams break down this overarching monthly vision into weekly sprints, which is presented to the team for feedback and collaboration before it’s frozen on a trello board or quip document. Post this, we go out for a game of Captains Ball (a tradition at SocialCops).

Townhalls for us are a great way of truly putting goals and KPIs in the hands of the team and making everyone an entrepreneur.

STEP 3: Be transparent and increase productivity

During the week, we tried and implemented as many productivity hacks as we knew to ensure everyone in the team could get to their goals. Your most important role as a founder is to try and create an environment wherein everyone can get stuff done.

Often, engineers need time to go into their ’zones’ and so we minimise meetings (Check out Asana’s No Meeting Wednesdays). We also use several tools across teams to increase transparency and productivity.

Some of my favourite recommendations:

Slack: Slack is at the centre of all communication at SocialCops. We have channels for all kinds of things, and all our other tools integrate into Slack to promote transparency.

Quip: We use Quip for document sharing and editing so that we minimise back and forth on track changes on Word.

Trello: For task lists, product feature management and bug reporting (it integrates into github and Slack!).

Many companies such as Google had created weekly events called TGIFs on Friday evenings. Inspired in part by TGIFs and in part by YCombinator Demodays, we created a Friday 6-pm event called ‘Friday Demos’.

The concept is simple – the teams demo what they built that week. We started a tradition called ‘Showdown’ - wherein the the team that overachieved gets to present last (by vote). High energy, good feedback and teams competing for Showdown soon made Friday Demos the single most awaited event of the week, transforming the otherwise dull Friday evenings into an evening of learning and fun.

Facebook’s adage 'Move Fast, Break Things’ made failure mainstream. We believe that in order to ensure that everyone innovates to the best of their capacity, one must not be afraid of failing. As a symbol of our intention to celebrate failure, we created the concept of a Fail Wall.

#FailWall is quite literally a wall we’ve dedicated to failing! Everytime someone screws up, a sticky note goes up on Fail Wall. Everything from messing up a phone number that was printed and distributed in 70,000 households to breaking a leg to messing up your geography, it all finds its place on the Fail Wall.

People have different thoughts about hierarchy, but personally I believe that if you have a team of under 50 people, try and keep your structure flat. Keeping a structure flat is really easy when you are five to six people but can get complicated when you become over 12 people, which is when we started struggling.

We loosely adopted a holocracy - a new-age management style being adopted by Medium and Zappos. The basic tenets of a holocracy are:

Adopting a holocracy completely can be a challenge and it doesn’t makes much sense for a startup to follow to the T. As Sam Altman says, spend more time figuring out your product-market fit than your organisational structure. However, we found a loosely adopted holocracy incredibly simple and natural to manage.

Ben Horowitz’s book The Hard Thing about Hard Things and the latter half of How to Start a Startup videos are amazing resources while building organisational structures.

When you’re around eight to nine people, it also might make sense to write down a set of values that can evolve to becoming your culture code in the future. We recently put ours down on paper.

Culture is not created in a day, and teams evolve. Every new person who joins the team brings their own unique set of values with them, some of which get translated into the company’s way of doing things. These are just some learnings we’ve had about building a culture in the short few years of our existence.

I’d love your thoughts and learnings about what worked for you and what didn’t, as we iterate and build a company that one doesn’t just love but also respects.