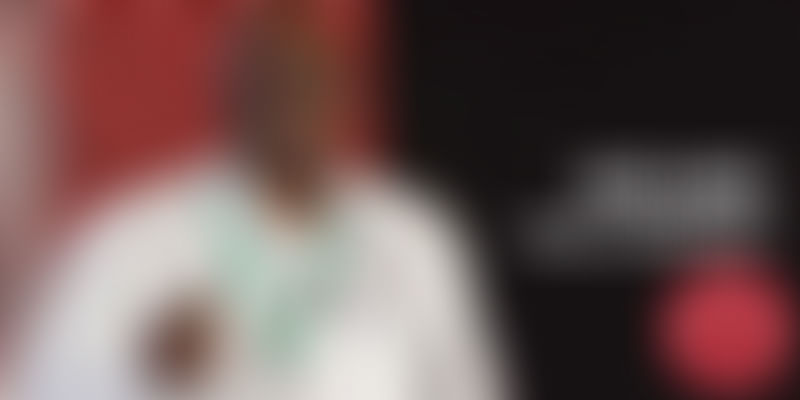 "I make wood." It's been a year since David James, Founder of Chloroearth, made that statement. And today, he has added steel and cement into the mix as well. Chloroearth manufactures building materials from agricultural and renewable sources. David says the company plans to use its business model to not only create sustainable products but also create agricultural products for variety of commercial and industrial applications.

Today, Chloroearth is focussed on becoming a world leader in green housing. Therefore, instead of just focussing on wood, David adds that his mission now is to replace two other materials along with wood: cement and steel. The idea came to David last year when a colleague approached him for building 20,000 to 30,000 homes using his sustainable materials.

Moving from a B2B company to a B2G company

Taking to his idea, David says that from a B2B company, he decided to work towards making Chloroearth a B2G (business-to-government) company. The company is now strongly focussed on tying up with the government to use their materials in an exponential scale across the country.

“Cement not only uses lot of water, it also causes green house gas emissions. If this can be replaced by something that is less toxic and has a structural integrity that rivals cement, the cost can be reduced to five cents to a dollar," David explains.According to him, homes today are built using the same materials as used for skyscrapers, which is counter productive.

David explains that the idea is to use geopolymers for building sustainable constructions. Most of these materials and products will be created using available resources. Citing an example of steel, David says that the iron used can be replaced by an easily available resource in India.

Bringing along a team that has knowledge and is worked in the field industrial ecology, Chloroearth intends to begin capturing the world market with India. "The geopolymer IP that we are building will be headed by a friend who has 35 years of experience," adds David.

Also Read: How an ex-investment banker is making wood without cutting down trees and addressing the $150 billion market, the ChloroEarth story

Chloroearth wants to create smart villages. The team intends to build 25,000 to 35,000 homes in the next 60 to 90 days. It is looking at one-to-three-storey constructions in non-urban areas. David adds that it's not the skyscrapers that they're targeting.

With WiFi and Internet penetration, David believes that one doesn't necessarily have to live in an urban setting. "I believe that cities today are overcrowded and need to be cleaned,"he says, adding that one can live luxuriously in a rural region with all the amenities of a city life, and with half the cost.

“Infrastructure used to develop a smart city exceeds the benefits it gives. All the cities are blocked and just building bypasses will not solve the problem,"he says.

A large international fund backs his idea but RBI clearances have taken longer time than anticipated.

According to several studies done by private real estate developers and realtors, there is a growing demand for eco-friendly homes. According to a report be the Ministry of Housing and Urban Poverty Alleviation, in 2012 close to 18.78 million households in urban settings face shortages.

As of 2011, close to 800 million sq.ft. of green built-up space was found in India, of which 40 per cent was residential. Also in this very year, the Pimpri Chinchwad Municipal Corporation of Pune had become one of the first municipal corporation in the country to introduce a green housing initiative.

While the market in India is in its nascent stage, green buildings and housing market globally is pegged to grow at USD 69 billion. As of 2014, close to 20 per cent of new constructions in the US were believed to be green buildings.

Are you ready for this year’s startup carnival at TechSparks 2015? If you want to attend, get your ticket. If you want to pitch as a startup, apply here. More information about the event: http://techsparks.yourstory.com/2015/