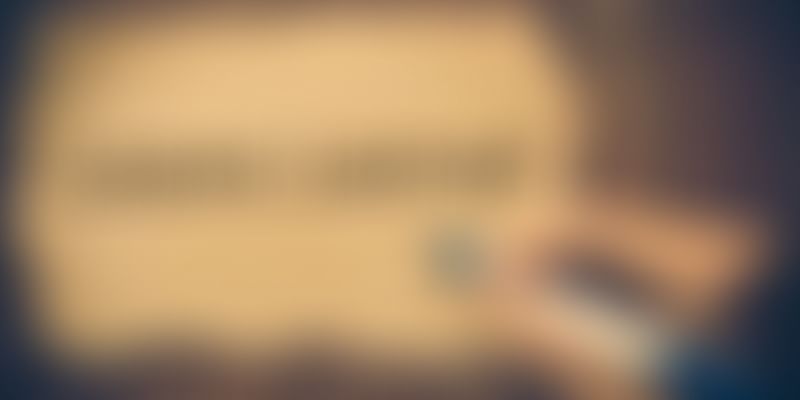 It was April 2011, a great time to be young and an Indian. Technology was no more just synonymous with Silicon Valley as India’s startup ecosystem was finally finding its feet. Flipkart was still selling books, SnapDeal was offering coupons with deals, while Zomato was yet to raise its Series A funding.

Amongst all of this, I decided to ride the wave of India’s startup ecosystem. But, having come from a humble family, it was imperative that I found a way of financing my dream at the age of 17. I was very fortunate to cover the Cricket World Cup of 2011 as a writer for Zee Sports.

I was also very lucky to have met with my business partner, Siddharth Goliya, in my first year of college. We put together the money we made doing a few jobs and jumped right into it.

When I started my first company, Food For India, an online food ordering service, I did not know how to design, write code, or anything that would help build the product. As a result, I was fooled, cheated, and made a mockery of. In retrospect, it was one of the biggest reasons why we did not get off the ground.

We lost 6.4 lakh out of the 6.5 lakh we put into the company. There was nothing more depressing at the age of 17. But, I learnt my lesson, and with the experience of my second and third companies, leading into Pipes, I found myself designing, writing code, and creating videos whenever needed.

Know what you are building. You won’t get spun around.

If you look a million dollars, you get paid a million dollars. It’s as simple as that. It is so important to make things look bigger than they are. This could entail how you dress, how your company profile looks online, your team size; you’ve got to look the part. Your business card should look and feel a million dollars.

Fortunately, we learnt this very quickly. When people looked at our business cards or our company web profile, there was no way in the world they could tell we were working out of a box in one corner of Mumbai.

We were bootstrapped, but we looked funded.

To be perfectly honest, my first and third ventures were miserable failures. Both of them didn’t even get off the ground. And, you will be hated, get mocked at, many people you meet will say terrible things about you. But, you have to grow a thick skin and have insane self-belief.

It is a test of your character and resolve. I haven’t succeeded yet, but every time I failed, I felt I had to come back and build something so much bigger. And there is so much you learn from failure. Everyone is telling you that, but there’s a reason they are telling you that. Pipes is by far the biggest company I’ve built albeit still small.

Failure has a certain sense of magic about it. How you react to it, will tell you who you are.

The first five people you hire will decide the future of your company. Thus, choose wisely. It is all good to have them be super talented, but it is bloody darn important that they are also super loyal and want this for you as badly as you want it for yourself.

Your team will go a long way in determining how far you go with your company. I have been extremely fortunate to have the core of my team constant across all four of my ventures. I simply have the best set of people who continue to work at Pipes even when I have not been able to pay them anywhere close to what they deserve.

Another thing I’ve learned is that when you build your team, you must also consider building your board. This is very underestimated but when you are starting out, always think of building the right board who will add value and bring a very different skill set with them. This is something that I never did when I began.

How Vishal Gondal is going about building GOQI’s board is stuff of legend.

A happy team is a super efficient one.

I cannot begin to stress on how important this is. When my second company, Doodle Creatives was blowing up; money to me was cheap. I did not value the importance of being frugal. The importance of negotiating. We actually went ahead and got a video made for Pipes that cost 850,000 INR.

And then, a year later when we were fighting tooth and nail for every nickel, I made the same video within 3,000 INR. I would bury myself if I could. It is terribly important to make the most of your limited resources, and punch above your weight. That is what investors want to see.

If there was only one learning I could take from all of this, I would choose timing. I made plenty of mistakes when I launched my first company, Food For India. But, I am sure others did as well. If only I had launched Food For India in 2013 or 2014 instead of 2011, the story could have been different. The market was still very raw in 2011. Food Panda and TinyOwl, both started in 2013–2014.

I also got my timing bang on once; and that was for a campaign we built for Pipes. It was called DemoAppleWatch, where you could experience the Apple Watch prior to 90 days of its availability. The campaign got over 850,000 hits in six days; over 500 coverages and was used in 212 countries.

One thing leads to another

It is one of things my father always said. And I never valued. But, there’s nothing truer. Every time I felt down and dejected, he said this. There is no worse feeling in the world than shutting down your own creation. When I was forced to shut down Food For India, he walked into my room, told me to keep the fire inside burning because one thing would lead to another.

And, it did. I got my first clients for Doodle Creatives because of the rejections I got with Food For India. And then it happened time and again. You have to keep the faith and meet people and network cause you’re moving towards something you don’t quite know yet.

When a door shuts on you, it is only to show you direction.

These are just a few, I’ve learnt a zillion other things about passion, perseverance, hustle and love but I’m no proven success yet, the story is still being written, but it’s been a very compelling journey over the last 4.5 years as I grew out of my teens to early 20s. A journey that I would never trade for anything in this world. It’s been long and laborious at times, but when you can sit back and write something like this and let it all reminisce; makes all of it fully worth it.

I just know, Pipes is it.

Vinay Anand is a 22 year old entrepreneur, currently building Pipes News, an AI based news company. He is currently the Co - Founder & CEO of Pipes News and is on his 4th venture. A technology freak who loves to talk; Vinay can be contacted via his Twitter handle @vinayanand93