With over 300 priests on board, this Pune-based startup lets you Book pooja packages online 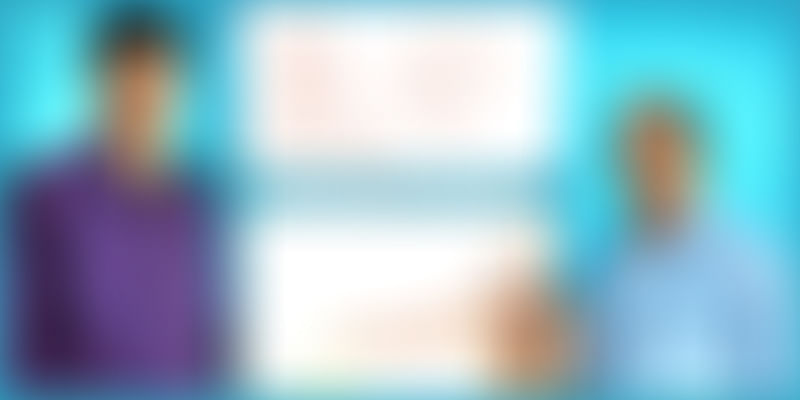 Many Indians from traditional families spend a lot of time, energy and money planning and organising poojas in their houses. MuhurtMaza, which means ‘my auspicious time’ in Marathi, is trying to simplify this process. According to the founder of this Pune-based startup Sughosh Sowale, the company lets customers book pooja packages online.

The market size of this sector in India is almost USD 30 billion. That, essentially, means every Indian (approximately one billion of us) spends an average of USD 30 or Rs 1,800 to please the Gods and keep our ancestors happy!

When Sughosh conceived the idea five years ago, he was newly married and wanted to host a satyanarayan pooja in his house. He realised the difficulty in finding a guruji (priest) to perform the prayers and the labour involved in buying all the things needed for the event (called samagri).

“My wife and I were both working, and we wanted to perform this pooja, but we were in a new place and just didn’t have the time to do it. I realised there would be many other couples like us, so I wanted to start this online platform,” he says.

Rewinding back a little

Sughosh started MuhurtMaza in November last year. One of his first customers, Nilesh Gudhe, was so excited about the concept that he wanted to join the venture too. He came on board as CTO, around six months ago.

These two partners are not the usual ‘fresh-outta-college’ entrepreneurs. They each have over 15 years experience in sales and management. Sughosh worked with various FMCG and consumer brands in India, while Nilesh spent a lot of time in TCS, gaining experience in various aspects of technology, business strategy and fund raising.

The initial few months were all about getting priests to register on the platform. “Getting verified priests on to the platform was the most difficult part. I personally went from temple to temple, trying to make them understand how useful this would be for them,” adds Sughosh.

The company currently has over 300 priests on the website. They are not all Marathi. There are Bengali, Tamil, Malayalam and Telugu priests too.

Booking a pooja on MuhurtMaza

Once the customer selects the ceremony they want to conduct out of the 100-odd options on their website, and picks a date and muhurt for the event, everything else is taken care of by the team at MuhurtMaza.The ten-member team gets to work, and picks the most relevant priest for the occasion. They have readymade lists for the items needed for every pooja, which they share with both the priest and the customer.

The cost of the pooja packages range between Rs 1,000 and Rs 30,000, depending on the nature of the ceremony and the items involved.

The company’s revenue model is based on commissions from every ceremony booked on the platform. This number can vary between five and 10 percent. The remaining amount is transferred to the priests.

Before the payment gateway was integrated, it was just a marketplace for priests. “Initially, we used to just connect a priest and visit the venue after the event to collect our commissions. That got a little difficult as the number started increasing. Which is why we integrated the payment gateway on our platform.”

MuhurtMaza, which is bootstrapped as of now, has helped organise around 150 ceremonies in the last quarter. It is currently live in eight cities across Maharashtra including Pune, Nasik and Nagpur and will be expanding to 25 cities over the next six months.

Though this is not a unique idea - there are others like Where’s My Pundit, Super Pandit - it might work if such startups all focus on different geographic locations. A little more customisation and sorting options may go a long way for them. For example, I want to book a ceremony called mukhe bhaat in Bengali; I know it is called Annaprashnam in Sanskrit but am not sure if they will send me a Bengali priest (as per my need) or a Marathi priest.

In the near future, I foresee this segment booming and multiple platforms like these spawning across the country. It will be similar to the matrimonial websites boom sometime in the late 90s.