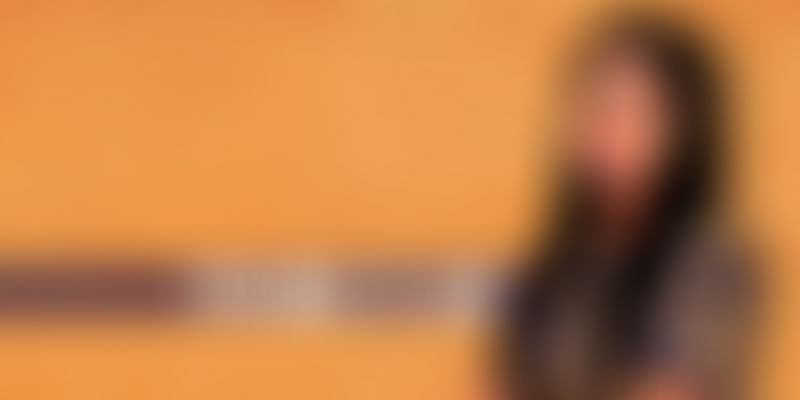 The last thing Priyanka N. Jain wanted was not to take to the swimming pool those five days in the month. Thus, she took a fancy to menstrual cups to check them out and much to her delight, these cups proved to be convenient enough for her to tide through her monthly periods.

Having benefited from its use over the last few years, Priyanka wanted to introduce this product to women. But she was aware of the challenges – it was rather difficult to convince women against sanitary napkins to switch to something as ‘modern’ as menstrual cups.

She decided to finally take the plunge into entrepreneurship with ‘Hygiene and You’ a couple of years after getting married.

Priyanka spent five years in England pursuing her higher studies in Architecture followed by a short work stint there, till she got back to India. It was during her stay in London that she was introduced to the menstrual cups, the benefits of which stuck to her.

Back in India, she was pursuing a career in her chosen field till she realised that she should do something more meaningful in life. It was constant encouragement from her husband Pranav Jain which egged her to do something related to menstrual cups.

“Although he was surprised initially when I mentioned menstrual cups to him, he understood over a period of time that I found them really convenient. That is when he thought we should something around it to spread awareness,” says Priyanka.

With his business of trading of machine parts hitting a low, Pranav decided to join in and together the husband–wife duo started up Hygiene and You.

In India, the word menstrual cups itself is enough to send shock waves to people. “My friends were alright with me using it and after I explained the entire thing to them and asked them if they would be willing to use them, the answer was ‘No’,” says Priyanka.

Apart from the fact that it is an extremely environment-friendly product, the menstrual cups come with an obvious advantage – they are very cost-effective. Just one cup is good enough to be used for two to three years and if it is of superior quality, then it tends to last anywhere between seven to eight years. It is a bell-shaped cup made out of silicon which becomes the size of a tampon once it is fitted inside the body. The cup collects blood for four to six hours depending on the flow and it simply needs to be sterilised once before its use the next month.

“The first time you wear it you tend to feel odd. Once someone gets used to it, they will value its good effects. Once a lady made a big hue and cry and bought a new one thinking she had lost her first one, only to realise after four days that she was still wearing it,” says Priyanka recollecting the anecdote.

There have been instances where a brand new cup which arrived home for a young lady was mistaken to be a juice cup by her two-year-old son who went about distributing juice in it. The lady thereafter kept the cup hidden.

Difficult to believe but one woman produces 150 kg of disposable sanitary waste in her lifetime, with each sanitary pad taking 500–800 years to decompose. The chemicals in sanitary pads are known to cause various diseases in women, including serious ones like diabetes, allergies, and skin reactions.

At Hygiene and You, Priyanka sells five varieties of menstrual cups, a mix of Indian and foreign brands.

Though she was advised only to take 15 odd cups to sell them to the Indian women, she is happy that she chose to go with a bigger number and has been able to sell more than the anticipated number in close to three years.

Having started six months ago, Priyanka has sold over 125 mooncups on her website so far. Mothers of unwed girls fear that their hymen will break if a foreign object is inserted there. Young mothers too are skeptical to use menstrual cups, scared to experiment with conventional wisdom.

Priyanka plans to expand her business by advertising on Google and Facebook. She has made a brief video on menstrual cups on YouTube.