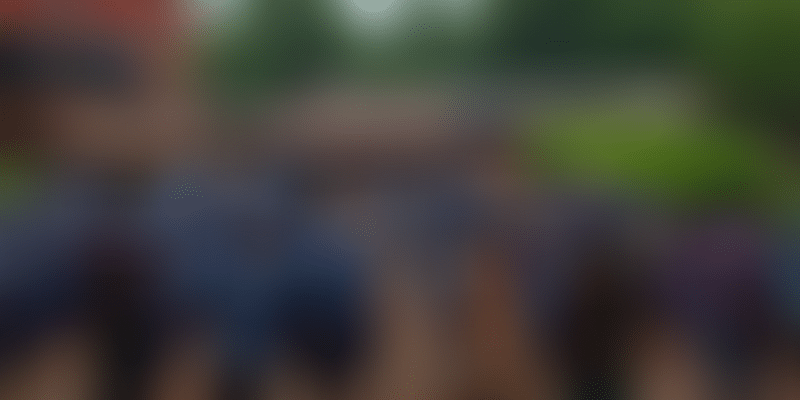 Who knew that Shahrukh Khan would be the reason why Siddharth Vashisht started ‘Project Udaan.’

Siddharth, a production engineer from NIT Trichy, took up a job with Tata Motors. Often, he would hear people ranting about how development is not permeating to rural India. Tired of all the ranting and whining, he decided to do something about it. With the aim to gain first-hand knowledge, he applied and was selected for the Youth India Fellowship and was sent off to Odisha. Here, he was given the responsibility of contributing to the operations of Gram Vikas, an NGO that has been working with the people of Odisha for the past 36 years. As a part of the fellowship, each person is supposed to come up with a project that they will spearhead with the support of the NGO.The India we don’t know of

Siddharth took up introduction and propagation of mushroom cultivation in Kumudabahal, a village in Kalahandi district. The village is 67 km into the Karlapat wildlife sanctuary; the region has a history of rampant famines. Another thing the area is synonymous with is malaria, Siddharth has had malaria twice! The village has no mobile network and if you want to make a phone call, the nearest place where your cell phone would work is about 13 km away, in the Thuamulrampur town. But if you want internet, you’ve to work a lot harder – you’ve to travel 67 km to the district Bhawanipatna. Siddharth says, “In order to reach the villages from my location I used to walk exactly 26 km to conduct training related to my project on mushroom cultivation.”

He’s got the moves

One day, while Siddharth was conducting a training session in Mardiguda village for livelihood intervention, he came across a young boy playing the song ‘Lungi Dance’ from the movie ‘Chennai Express’ on a mobile phone. Half way through the song, the boy pointed at the screen and requested his father to buy him a pair of sunglasses like the ones Shahrukh was donning. Siddharth couldn’t help himself; he went to the boy, and said, “You can have sunglasses like that only if you can dance like Shahrukh.” In a flash, and with no sign of shyness, the boy was grooving to the tune of the song and would’ve given Shahrukh a run for his money! Siddharth, in shock and awe, thought to himself, “Wow! He’s got the moves!”

Siddharth, a dance and music enthusiast himself, got talking to the young boy. Conversations led Siddharth to find that the boy was a student of Shiksha Niketan (a residential school run by Gram Vikas), a school Siddharth would often visit. Siddharth adds, “In my subsequent visits to Shiksha Niketan, I always made it a point to meet this young boy. Every time I was left flabbergasted by the dance moves he had learnt simply by watching videos from the mobile phone. I, being a dance enthusiast myself, thought – why don’t I train him and his friends to the best of my abilities.”

Armed with his phone and speakers, and several 140 km trips to find internet connectivity to download songs, Project Udaan kicked off with a modest group of 25 students, practising and performing in the student mess. A lot of the children in these tribal areas don’t understand some lyrics. Siddharth says, “Irrespective of the language, all of us learnt to sing any track we were dancing to. During the process one could clearly see a spark in the student’s eyes whenever they heard a familiar track.”

This led Siddharth to understand that these students are looking for a place where they can hone their skills and also open their minds to different crafts and cultures. “I decided to set up a dedicated space for the kids to learn, train, and practice their crafts and learn new ones.”

The aim is to help these marginalised but talented bunch of budding dancers, singers, and actors see a dream of pursuing their interest and maybe someday pursue their avocation as a vocation. He adds, “They are very talented with amazing grasping capability. Just the dearth of facilities to pursue what they enjoy, should not be the reason to not realise their dream.”

The first requirement is to equip the facility with the basics – installation of an audio system, painting walls, installation of mirrors, musical instruments and kits, etc. The next phase will involve conducting workshops on various dance forms, performances by musicians, dramatics groups. Siddharth adds, “This would ensure that students are introduced to various art forms that are present beyond the boundaries of their district.” The third phase of Project Udaan will be to make it a platform for artists to volunteer here and ensure a constant learning curve for the students. Siddharth says that he also needs dedicated trainers to keep things moving.Siddharth raised about 1.07 lakhs through crowdfunding. He adds, “The project has now got music instruments donated by musicians too and we are looking forward to more donations.” It’s heart-warming to see how people have poured in to help Project Udaan. One such example is of Paintcollar, a startup by two of Siddharth’s college juniors.

Siddharth tells us, “After having a word with them about Udaan, they said that they would like to help raise awareness and funds for the project. Paintcollar’s creative team made some fabulous artworks inspired by the local culture of Odisha and put them on products like t-shirts, laptop skins, and posters. I liked the concept because it gave people a glimpse of a culture that they would not have otherwise known about while also contributing to the project financially. They are donating all proceeds from the sales to Project Udaan and have given me the artwork to paint as wall murals on the school walls.”

The location of the school is a big challenge in itself. Shortage of transportation and absence of mobile network in the region is another issue. Siddharth says that it is tough to keep someone motivated to stay in the area for a long time and work with students, which has been the trend in the past with the NGO staff itself. The region being a jungle makes it unsafe to travel post sunset. He adds, “I have encountered a mountain leopard while crossing Kalampur valley.” The other challenges are infrastructure, transport, language, and lack of healthcare facilities.

Siddharth talks about another interesting aspect. “Yes there are issues like health, transport, education, etc, but there is no need for us to pick a kid who is used the rawness of a green jungle and put him in a concrete jungle just because we think he shall excel more in a city. The solution should be area specific, people specific, and situation specific. A single solution cannot be the answer to every issue.”The road less travelled

Despite these challenges, Siddharth is determined to stay with the NGO and ensure that Project Udaan continues even though his fellowship is over in a month’s time.

On a parting note, he says,

My dream is to empower the children with opportunities to learn, hone, and express themselves and in the process, connect to the world. They should be able to first recognise and then utilise their potential to the fullest. The platform will help them explore the various possibilities of pursuing their interests in the performing arts. The idea is to create confident, self-believing individuals who can tread ahead on the basis of their talent and training, without succumbing to the usual sympathies that come attached with when belonging from underprivileged communities.

“I want a life of purpose, I want to feel like I made a difference, what’s the point otherwise?,” he says, as he hums the lines of a song that brings him strength and motivation, “Kabr per sar utha kar khadi ho zindagi ,hai aisey jeena mujhey.”