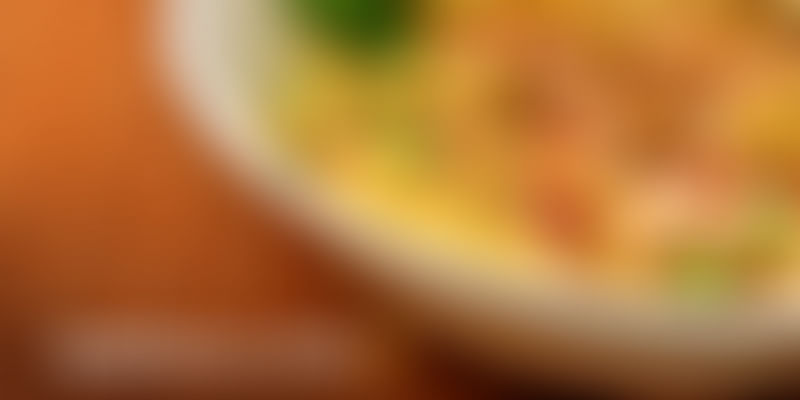 Santa Delivers kicked off on the same day Aadarsh Choudhary and Harsh Kandoi got their CAT results in December 2014. Aadarsh was disappointed as the result failed to meet his expectation. “I tried to be strong and constantly told myself that this was beginning to be a wonderful journey. I was more focussed and wanted to give as much as I can for Santa Delivers,” he remembers.

At four a.ṃ. the same day, Aadarsh and Harsh went to a newspaper vendor and handed over 10,000 flyers for distribution. The duo was present there till seven a.m. the next morning to ensure every flyer was inserted in the newspaper properly.

Within three days, Santa Delivers managed to deliver around 20 orders with a total sales of Rs 10,000.

Why the name Santa Delivers?

The founders believe they are like Santa Claus who delivers food late at night. It is a foodtech startup based out of Kolkata which specialises in late-night food delivery starting from five p.m. till three a.m. in the night. One can order food via the portal santadelivers.co.in and their Android app. Santa Delivers was started with a seed capital of Rs one lakh contributed by Aadarsh and Harsh’s parents. Currently, the startup has a team of 14 members consisting of three partners, one manager, five delivery boys, three chefs and two helpers.

Aadarsh says, “We don’t outsource our food nor have we tied up with any restaurant; it’s all in-house.”

The revenue model of Santa Delivers is based on the number of sales generated from the number of food deliveries. It gets around 40 to 45 orders per day with an average ticket size of Rs 450 taking the total number of orders to 1,300 per month. Currently, it is growing at a rate of 20 per cent every month. It has two separate kitchens to prepare both vegetarian and non-vegetarian food.

During the initial days, Santa Delivers used to receive five orders per day. The duo had to go and deliver the food themselves due to the shortage of delivery boys for about a month.

Once they managed to lift their dream venture off the ground, another life-changing event happened:Harsh and Aadarsh got into Narsee Monjee Institute of Management Studies. So it was tough decision to make between choosing MBA and focusing on scaling up Santa Delivers. After a lot of brainstorming sessions with family members, they decided to pursue higher education and realised that MBA would help them take their startup to the next level.

To give Santa Delivers a new shape, they have roped in one of their good friends Pulkit Kejriwal who was equally passionate to be a part of their venture. Currently Pulkit is looking after the operations and marketing of Santa Delivers.

Even while pursuing MBA, they try to contribute significantly towards the growth of Santa Delivers by taking care of the digital marketing and doing the work of public relations.

Of the experience that they gained in their entrepreneurial journey, Aadarsh says, “There was a tremendous learning in these six months of our journey. For the first three months we had to be very patient and awake expecting the phone to ring anytime. There was always a barrier that we could not go and deliver to the customer’s doorstep, but Santa Delivers broke all these barriers and made us realise that no work is small.”

Taking a step ahead

Currently, Santa Delivers caters to some parts of Kolkata including Salt Lake, Newtown, Silver Spring, Phoolbagan and Laketown. The startup aims to expand all across Kolkata and in the next three years, it also plans to expand its footprint pan India.

Pulkit adds, "Our expectations regarding the total number of orders in the next fiscal year is about 3000 orders a month. And the expected revenue per month should be around 13 lakhs."